IKEA is investing more than $220 million in an effort to become “climate positive.”

The international home furnishings retail giant announced earlier this month that it would be spending a further $221 million on sustainable infrastructure. The money will specifically go toward green energy, reforestation, and forest protection to help mitigate the company’s carbon footprint.

“Our ambition is to reduce more greenhouse gas emissions in absolute terms by 2030 than the entire IKEA value chain emits, while growing the IKEA business,” says Inter IKEA Group CEO Torbjörn Lööf in a statement.

“To reach this goal, we will continue to invest in areas that create impact,” says Lööf. “This investment will speed up the transition to using renewable energy across our supply chain and remove carbon from the atmosphere through reforestation and better forest management practices.”

The new infrastructure will focus on the two main areas of sustainable energy and reforestation in order to achieve its climate-positive goal in the next decade. 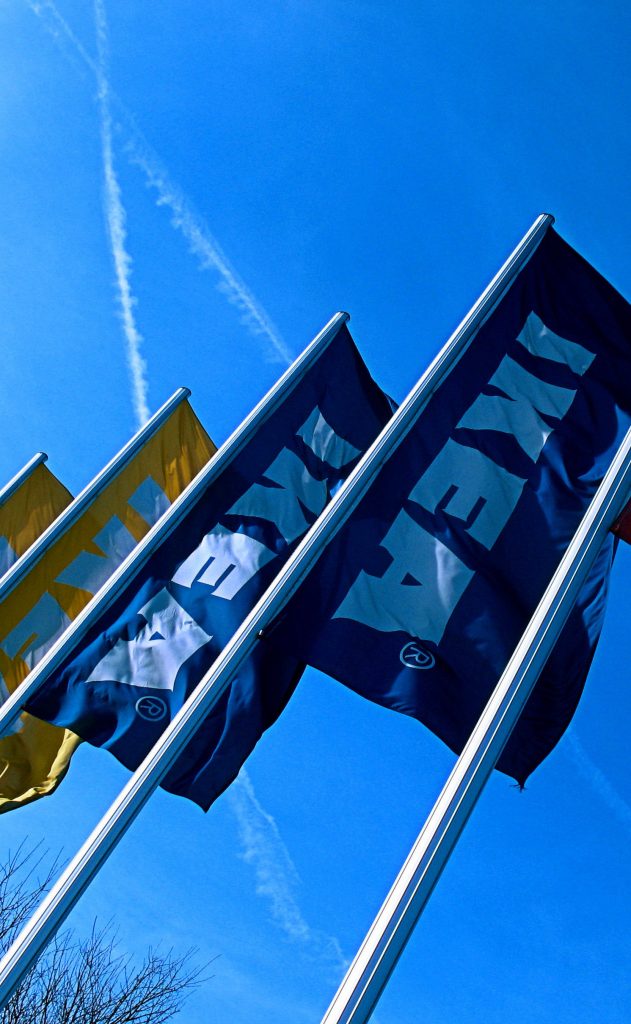 Renewable wind and solar energy are a priority for IKEA.

In its 2018 sustainability report, IKEA estimated its climate footprint to be 26.9 million tons of carbon dioxide equivalent.

This shows an increase of 2.8 percent when compared to 2016. IKEA has attributed this to the growth of the company. The brand says that it will offset this increase primarily by cutting its raw material footprint. IKEA says it will also aim to lower the emissions from customers traveling and adopt more renewable heating and fuel.

Earlier this year, IKEA banned all single-use plastic from its stores for the sake of the environment. The company began replacing them with alternatives including wooden cutlery, cups, bowls, plates, and paper straws. The retailer says it now sources all materials from sustainable suppliers, and going forward all paper will be certified by the Forest Stewardship Council.

The brand is also trying to make its everyday menu more planet-friendly. IKEA bistros serve veggie hot dogs. And in IKEA restaurants, 50 percent of all of the hot meals served are meat-free. The company has even completely removed meat from its vegan-friendly 2019 Christmas menu.