IKEA is removing single-use plastic from its cafes.

The store sourced all of its materials from sustainable suppliers, and all paper going forward will be certified by the Forest Stewardship Council.

The move is part of IKEA’s goal of eliminating all single-use plastic by 2020. The “People and Planet Positive” sustainability strategy adds the target of using only recycled or renewable raw materials by 2030.

Prior to banning single-use plastics in restaurants, IKEA eliminated straws from its stores in the UK and Ireland. IKEA notes in its sustainability report released earlier this year that it’s on track to meeting its goals. Last year, 60 percent of raw materials were from renewable resources like bamboo and cotton.

The sustainable furniture giant has also taken other steps to reduce its carbon footprint, most notably by offering more vegan food. Earlier this year, IKEA introduced dairy-free soft serve at select bistros across Europe. Realistic vegan meatballs — meatier than the current veggie balls — are currently in development. IKEA’s popular vegan hot dogs have a lower price than meat in cafes to encourage consumers to make the sustainable choice. And earlier this year, it entered a partnership with Claus Meyer — co-founder of one of the world’s best restaurants, Copenhagen’s Noma — to help give IKEA menus a sustainable overhaul.

At some stores, IKEA is even growing fresh produce in hydroponic farms made from shipping containers. Thirty square meter farms outside of stores in Malmö and Helsingborg are growing 3,600 lettuce plants without soil, pesticides, or the carbon emissions from shipping produce across the country. It’s capable of growing 18 kilos a day and 5 tons annually. While currently only available at staff canteens, IKEA hopes to offer the hyper-local greens at in-store restaurants as well.

IKEA’s plastic-free roll-out began this month at in-store restaurants, bistros, and cafes. It’s expected to be completed by 2020. 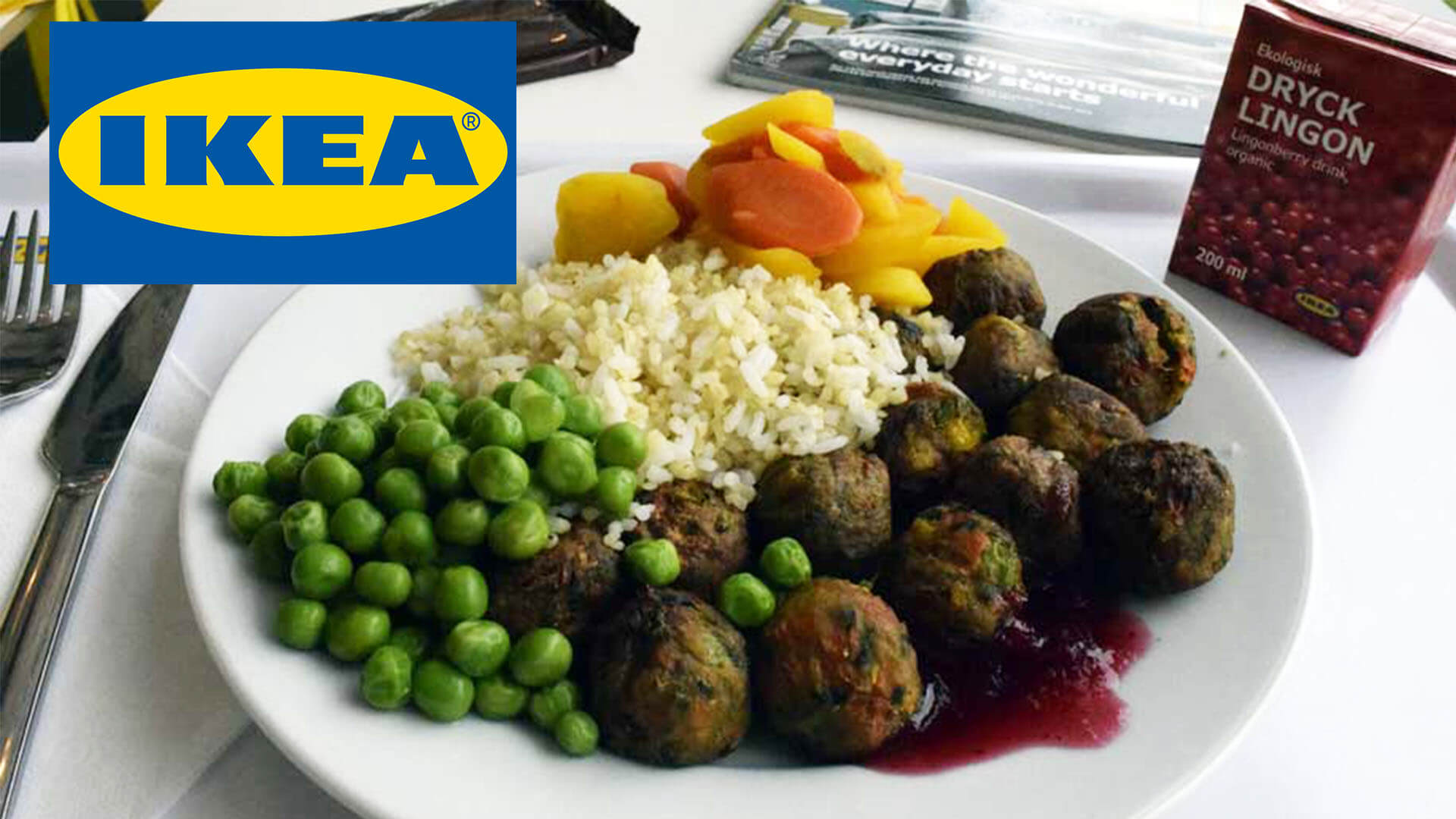