IKEA Malaysia has replaced its dairy vanilla soft ice cream with a vegan version made with soy milk.

Announcing the change on its Facebook page, IKEA asked, “Soya heard about our new ice-cream flavour yet?”

It appears the ice cream’s release is ahead of schedule. In June, the company expressed an “ambition” to create a “100% plant-based, 100% delicious” soft serve ice cream that was expected to launch in the summer of next year. The same month, Gerry Dufresne, the Range Manager at IKEA food services, told Vegan Food and Living that IKEA was working with a range of suppliers to find the “right taste and texture” for the product. Oats, soy, and fruits were all considered for the project. 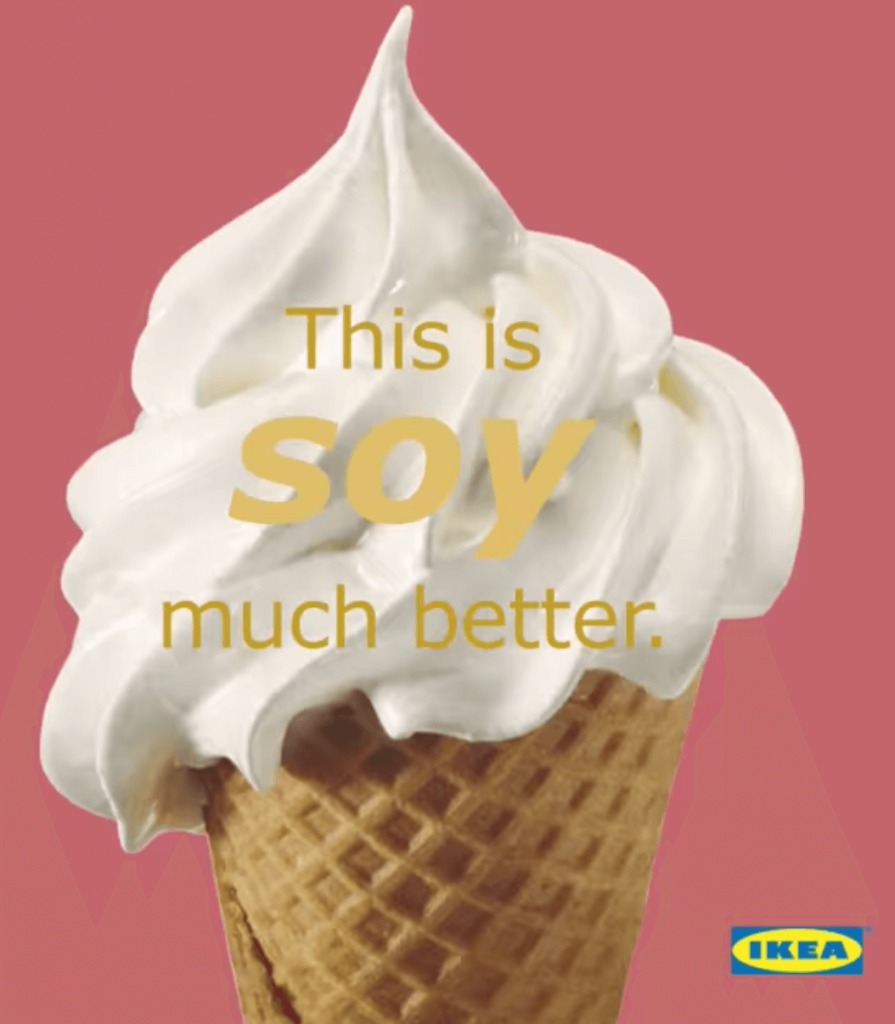 The news of the new soft serve ice cream was met with enthusiasm. Social media users expressed their excitement that a lactose-free, gluten-free, and vegan option was now available.

The new ice cream reinforces IKEA’s focus on responsible consumerism. IKEA Malaysia explained that the move is part of a bigger initiative towards a “more sustainable environment,” which it plans to accomplish “one soya ice-cream at a time.”

Earlier this year, the company, which is the world’s largest home furnishings retailer, promoted vegan food in preparation for Earth Day, encouraging its customers to eat mindfully and responsibly.

To facilitate this, IKEA continues to grow its vegan food options. In its UK stores, doughnuts sold at kiosks are suitable for vegans. IKEA also sells sustainable “caviar” made from seaweed, vegan Swedish meatballs, and a rhubarb and raspberry crumble that is free from animal products. IKEA’s vegan hot dog is also due to expand across Europe following a 95 percent customer approval rating.

Further, IKEA recently pledged to stop selling single-use plastic products by 2020 in a bid to improve sustainability, saying, “We are determined to play our part and take responsibility in the areas where we can make a difference.”

Beyond its developments in “ethical eating” and cutting down on plastics, IKEA is also recognized by PETA for its vegan homeware and cruelty-free furnishings. This year, the company debuted two new children’s collections promoting the conservation of threatened and endangered wildlife species.