IKEA UK has teamed up with Uber Eats to deliver its Swedish specialty dishes right to the doors of hungry Londoners.

Anyone within a two-mile radius of the IKEA pop-up kitchen at 367 Geffrye Street, Hackney, can order from the 16th to 20th November, between the hours of 11am and 2pm, and 5pm to 10pm. 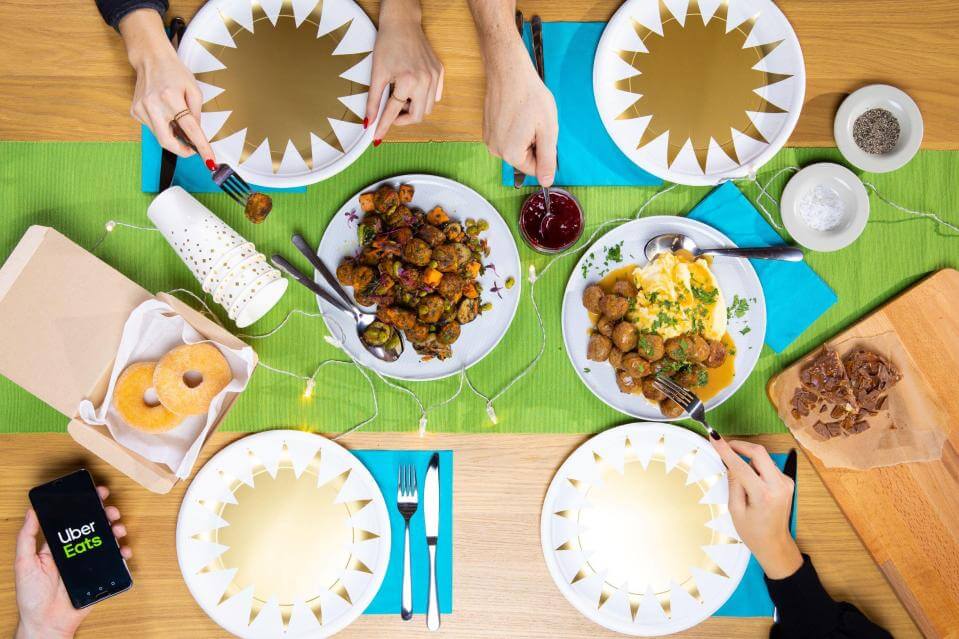 According to the Metro, the collaboration follows on from IKEA’s findings that 88 percent of UK adults would rather start the weekend with a relaxing night in, instead of heading out into town. And, making the IKEA x Uber Eats collaboration even more apt, 66 percent say that comfort food is the most important factor for a great night in.

Making a name for itself as veg-savvy, IKEA UK now offers vegan doughnuts, meatballs, ice cream, hot dogs, and caviar, among a range of other plant-based sweet treats and drinks.

The Swedish discount furniture giant is also bringing its veggie food to other countries across the world. After it earned a 95 percent approval rating in Ikea’s Malmö location in Sweden, the company’s vegan hot dog was rolled out in stores across Europe, the United States, and Canada. In Malaysia, the furniture giant has also introduced vegan ice cream.

VEGAN MEAL DELIVERY IN THE UK

Vegan delivery services seem to be more popular than ever. In the UK, The Conscious Candy Company is delivering 1kg of gelatin-free sweets to shoppers’ doors, while vegan ready-meal delivery service Allplants recently raised £7.5 million to expand its business.

Customers can order IKEA’s veggie feast via the Uber Eats app or website.