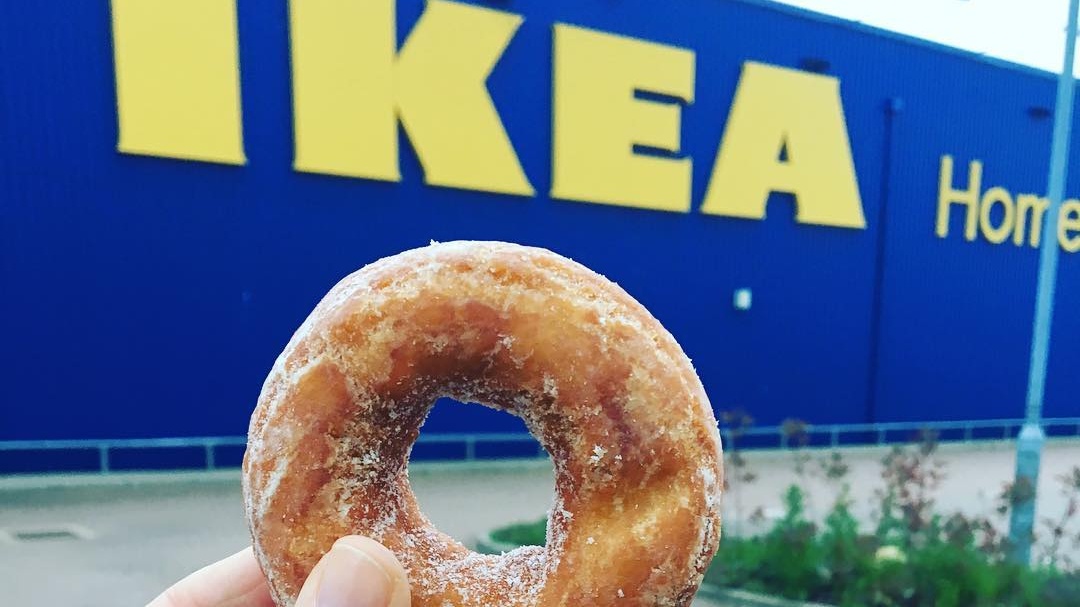 IKEA UK doughnuts, which can be found at in-store food kiosks, are accidentally vegan, according to the blogger Vegan Womble, a resource for all things vegan-related in the UK. The blogger took to Instagram to share the news with their followers.

“Did you know @ikeauk #doughnuts are #sfvegans [soy-free vegan]?” they wrote.“They may not be as good as @considerit_chocolateversion but not all of us are lucky to live close to them ? There are lots of #accidentallyvegan #foodie bits in-store too.”

While IKEA doughnuts may be accidentally vegan, the popular Swedish furniture retailer has been working on expanding its range of vegan offerings in a bid to be more environmentally-friendly. IKEA vegan hot dogs launched in the US earlier this year at the Boston Calling music festival and will be available across Europe later this year. When trialed, the plant-based hot dogs garnered a 95 percent approval rating among customers. Earlier this month, the chain announced that it would launch vegan soft-serve ice cream based on oats, soy, or fruit.

The new IKEA vegan food options will join the furniture store’s already existing plant-based options, such as sustainable “caviar” made from seaweed, vegan Swedish meatballs, a rhubarb and raspberry crumble, as well as a variety of vegan-friendly candies, drinks, cereals, and other groceries.