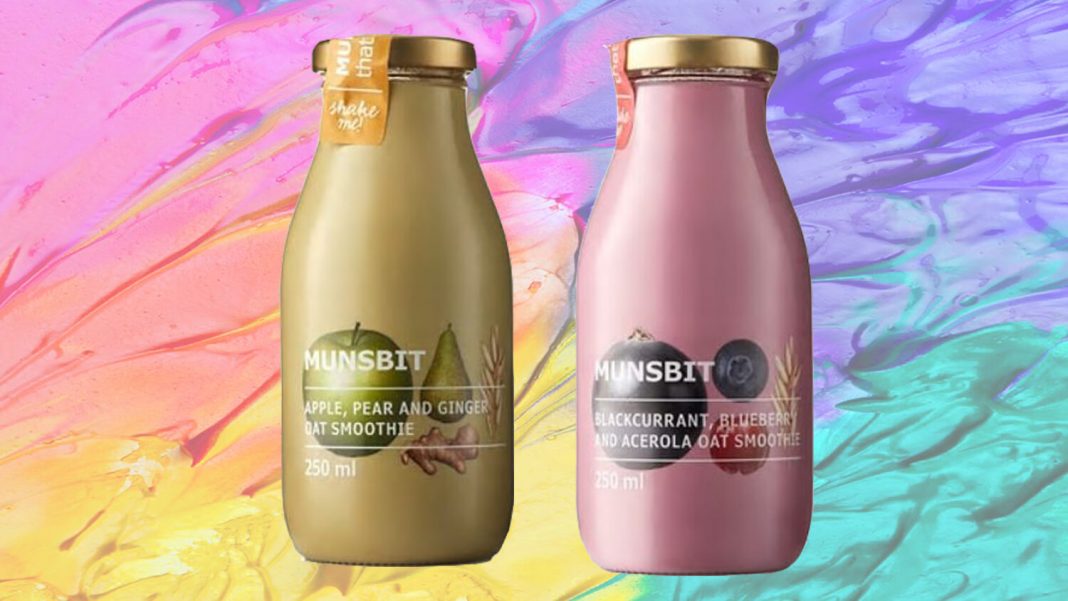 Called Munsbit, the plant-based beverages are intended to be “better snacking” for IKEA’s customers.

“When on the go, sometimes you need an instant, soothing pick-me-up,” the furniture retailer writes on its website. “And you might grab whatever is at hand. Perhaps something a bit too sugary or a bit too fatty. But snacking doesn’t have to be like that. In the IKEA store, the right choice is made easy.”

Ikea have vegan milk smoothies! £1.25 each in these 2 flavours …good of them to also point out that avoiding dairy products will reduce your carbon footprint… wonder if they support this enough to actually stop selling dairy products full stop though??!?‍♀️? . I bought both to try, plus 1 of each of the @oatly mylks? …excited for the mango one which I've not had before? ?Plus got these potato rosti which look accidentally vegan ? . My 1st trip to Ikea in Glasgow and my first Ikea trip in years! #ikeaUK #govegan #vgang

The inclusion of oat milk instead of dairy appears to be for environmental reasons. Describing the product, IKEA points out, “By drinking oats instead of dairy products you reduce your carbon footprint.” The largest-ever food production analysis, conducted by researchers from the University of Oxford, concluded that ditching dairy – and meat – is the “single biggest way” to reduce your impact on Earth, including greenhouse gas emissions as well as land and water use.

Swapping out dairy for vegan alternatives can also benefit health. Consumption of animal milk has been linked to Parkinson’s disease, kidney failure, and heart disease. Concerns over heart disease and breast cancer is actually helping to boost the nondairy milk market which is expected to reach $35.6 billion by 2024.

It’s not just vegans buying plant milk, either. A study from late last year found that 50 percent of all Americans, regardless of diet, purchase dairy-free milk.

The Munsbit smoothies are IKEA’s latest foray into plant-based food and drink, but not the first. Around the world, the furniture giant has introduced vegan versions of its popular hot dog. The launch proved popular; two months after they were released, IKEA reported it had sold around one million veggie dogs.

The Munsbit smoothies are available in two flavours: blackcurrant, blueberry, and acerola; as well as apple, pear, and ginger. They cost £1.25 each.