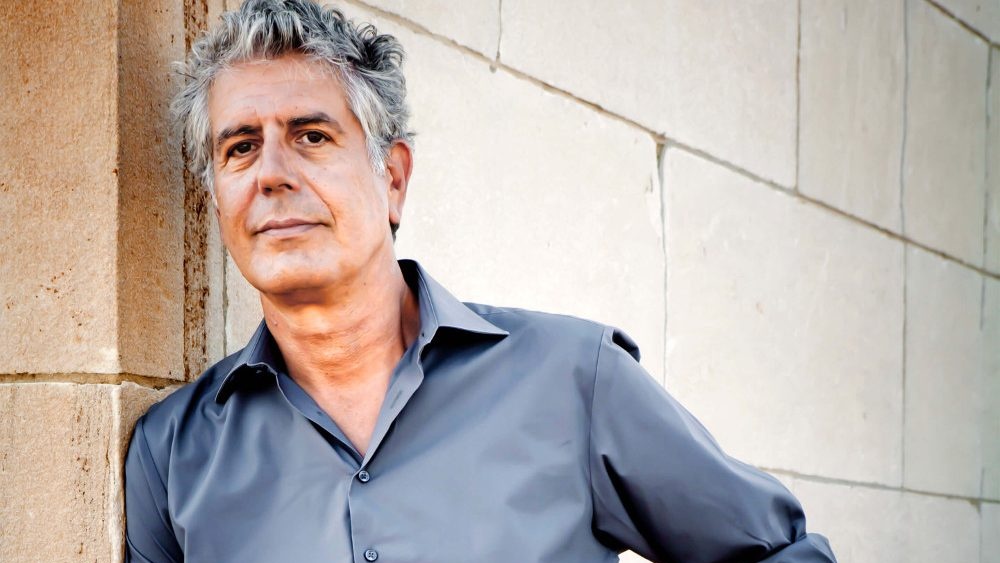 When I woke up this morning and looked at my phone after the haze of sleep allowed my eyes to focus, I felt that all-too-familiar punch in the gut as I read the unbelievable words: Anthony Bourdain dead at 61 from an apparent suicide.

Unexpected deaths rattle us. We’ve likely all experienced at least one. I’m just nine months into the sudden loss of a lifelong friend. A brother, really. We find ways to cope, of course, ways to move around the wound without tearing it open every day. But for most of us, the pain can hover near the surface forever. Bourdain’s suicide leaves millions of his fans with a painful new wound.

Despite the fact that I would not eat anything he ever cooked, I’ve been a fan of Bourdain’s since I first read him in the New Yorker, heard him talking brashly with that thick and unapologetic New York accent about food, about life. What was it about him that was so magnetic?

Perhaps it was because Bourdain’s influence on our food system has been as critical as Michael Pollan’s or Alice Waters’, as revelatory as any of his contemporaries in the most famous kitchens. But Bourdain was far more relatable. He was a “cook” ever more than he was a “chef”, a from-the-ground-up-self-made ordinary guy with something to say. The conversations were raw and rewarding. He reminded me often that our lives are bigger than ourselves. He was gripped by a responsibility to tell a bigger story than his own. As a journalist, I relate to that. As a mother, I do, too.

I’ve been an ethical vegan for more than two decades and over the years I’ve spent more than a little time wondering what would happen when this powerful, honest, and passionate man saw animals’ lives the way I did. To me, it always felt like just a matter of time. I couldn’t imagine that all of what he saw, what he experienced through food and travel, would not eventually lead him into veganism one day. It seemed an inevitability.

Holy shit. Woke up to this shocker.. always looked at him as invincible. . Rest in peace @anthonybourdain ?: Photo by @norman.jean.roy #RIP #anthonybourdain #mentalhealthawareness

Bourdain was often heavily criticized by vegans who lambasted him for his affinity for eating animals and his public disdain for vegans and vegan food. It never bothered me though. In the 20-plus since years since I went vegan, I’ve seen it enough. Like Gandhi said: first they ignore you, then they laugh at you, then they fight you, then you win. Bourdain’s recent sort-of acknowledgment of the value of the Impossible Burger was a step in that direction. I felt, for reasons I still don’t quite understand, that he would “get there” eventually.

His food-loving focus spread out to some of the best and most honest journalism on television. “Parts Unknown” veered into that critical territory we so often overlook in our everday lives: what it means to be human. Like, what it really means. In Bourdain’s stories, people were more than their professions, they were people first and foremost, spinning along on this strange rock with their own journeys, their own stories to tell. He made every story compelling. Because, when it comes down to it, every story really is compelling. He broke down that wall between us and everyone else. He peeled back the layers of the human condition, revealing the heart in all of us.

In the hours since his death, many vegans have come out to kick dirt on his grave before he’s even in it, saying the most horrible things about a man who did so much to empower and support people who may not have otherwise been able to tell their stories. A man who wasn’t perfect by any means, but he was curious and genuine. The world needs more of that.

He did a lot for our food system, too. He was an advocate, an ally. Any time we openly discuss food — whether it’s vegan or not — we help people to better connect with what they eat. So many people eat so blindly, so mindlessly. The impact Bourdain had by simply connecting people to their meals is immeasurable. Igniting that awareness is the first step in becoming a more compassionate and conscientious eater. It’s hard to believe that while millions have been affected by his storytelling, his cooking, his view of the world, there are still millions — billions — more who have no real relationship with what they eat.

This is the greatest burden of our time. Our food system has changed by leaps and bounds since I first gave up meat 25 years ago. If someone told me back then I’d be turning down invites to vegan food festivals these days because there are just too many, or that in my city of Los Angeles there are more vegan restaurants here now than there were in the entire country when I went vegan, I would be shocked. And I am shocked.

The world is changing rapidly. The discussions we have about food, about what it is and where it comes from, all play a part in moving the dialogue forward. Bourdain may not have acknowledged animals the way he did people, but we know now that he struggled with even acknowledging himself and his own needs. Yet, despite his battle with depression, he managed, for a little while at least, to help his fans get to know the world, and themselves, a little better. How lucky we were to have that.

[If you are having thoughts of suicide, call the National Suicide Prevention Lifeline at 1-800-273-8255 (TALK) or go to SpeakingOfSuicide.com/resources for a list of additional resources.]