Impossible Foods and Beyond Meat are taking on the meat industry by slashing the prices of their vegan meats.

Earlier this year, Impossible Foods slashed the prices of its plant-based meat—sold in restaurants, excluding grocery stores—by 15 percent. The company said the price cuts were made to match meat prices.

“We are desperately eager to bring down our prices as fast as we possibly can, but we’re selling every pound we can make as fast as we can make it,” Impossible Foods CEO Pat Brown said during a press conference last month.

He added: “So there is plenty of demand from consumers at the current price. And, of course, as the price comes down, eventually it’s going to be game over for the animal ag industry.”

After Beyond Meat’s earnings report last month, Mark Nelson—the company’s CFO and Treasurer—told investors that Beyond Meat’s goal is to match conventional meat prices by 2024. 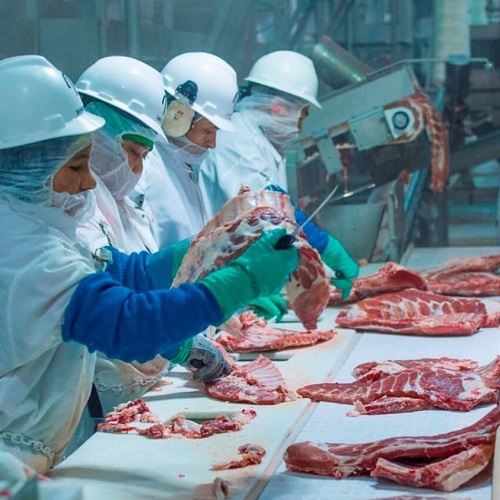 The outbreak of COVID-19 has caused meat shortages and spikes in meat prices across the country.

Meat Prices Soar During the Pandemic

In the midst of the coronavirus pandemic, animal-derived meat has not faired well. The outbreak has caused spikes in COVID-19 cases at a number of meat processing plants. In April, nearly 900 workers at a Tyson meat factory tested positive for the virus. In the same month, Smithfield Foods closed its Sioux Falls-based pork plant following hundreds of coronavirus cases among workers. It has since reopened.

With slaughterhouses and meat processing plants running at lower capacity, meat shortages have ensued. Grocery store meat aisles have been sparse and fast-food chains like Wendy’s have been forced to remove certain meat products from menus. As the supply of meat in the U.S. has dwindled, the price has soared.

According to IRI—a data analytics and market research company—the prices of meat surged by 14 percent in the week starting May 3, compared to the same time period in the previous year.

CNN reports that in April, meat prices spiked by 3.3 percent, overall. The price for pork surged 3 percent, chicken increased by 5.8 percent, and the price for hot dogs shot up 5.7 percent.

In May, Jim Cramer, the host of CNBC’s “Mad Money,” said that vegan meat companies like Beyond Meat have the potential to grow as big as Amazon.

In an episode of CNBC’s “Squawk on the Street,” he said: “it’s all going Beyond Meat’s way. And what is Beyond Meat doing? They’re cutting prices. So the price of meat is going to go up for the regular meat, and the protein that skips the whole meat chapter is going to do well. Beyond Meat is one of the most dangerous shorts in this market.”