The widely-popular Impossible Burger has made an appearance on CBS’ television talk show The Doctors. The panel of hosts, who work in various fields of medicine, all consumed the vegan “meat” burger on television and their reactions speak for themselves.

In fact, host and plastic surgeon Andrew Ordon stated: “It tastes just like a Big Mac… if I was blindfolded and was eating, I would have said ‘it’s a Big Mac’”.

The rest of the panel, none of whom are currently vegan, were equally impressed. They explained that “it’s impossible to tell the difference”, “it tastes just great” and declared, “I would grill these at home”.

The burger in question is Impossible Foods’ aptly named ‘Impossible Burger’. Using “0% cows”, the dish mimics the consistency, appearance and taste of a conventional beef patty. 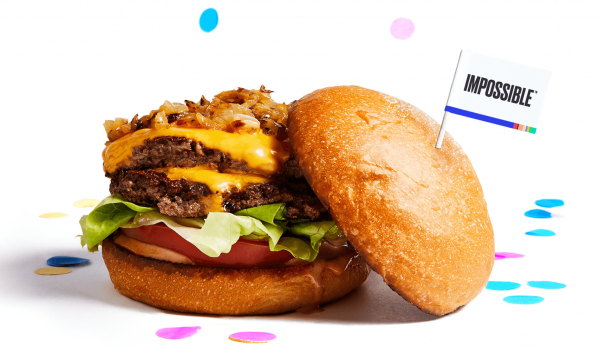 Since its release, the burger has seen impressive success, even outselling its counterparts in restaurants across America. Surprisingly, the vegan product was not designed for vegans. As described by the company themselves, it is a “delicious burger made entirely from plants for people who love meat”.

Recently, it was reported that the vegan meat market is growing around the globe, largely due to “concerns about animal welfare”. But the animals aren’t the only ones benefiting from these changes. The product is largely more sustainable, using 95% less land, 74% less water and expending 87% less greenhouse gas than meat.

As well as ethical and environmental reasons, the burger may also be the health-conscious option. Travis Stork, emergency physician and host, points out that the plant-based meal still contains 20 grams of protein (a beef patty often contains just 15 grams). Additionally, the saturated fat that is present is “derived mainly from coconut oil”.

The hosts also acknowledge the massive 500% increase in veganism in the U.S. since 2014, indicating that the vegan movement will not be disappearing any time soon.