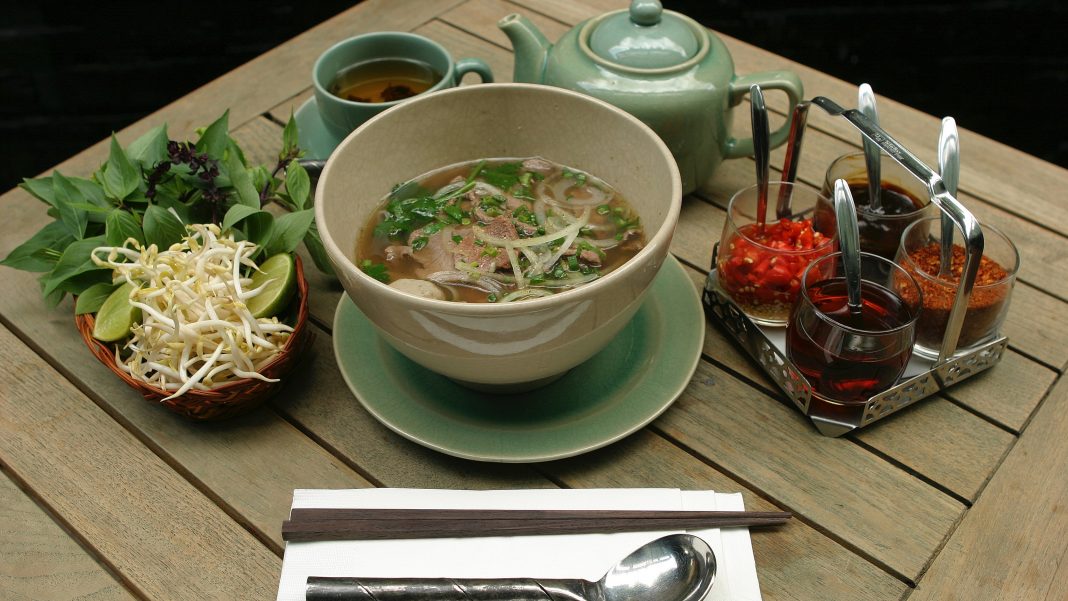 After the successful launch at White Castle in the New York metro area last year, the vegan Impossible Burger is now available at another iconic New York chain, the popular lunch spot fresh&co. The chain has created a Vietnamese pho bowl featuring Impossible meatballs, which rolls out to stores on Tuesday.

The move is the Impossible Burger’s first appearance in a pho bowl in a chain restaurant. It’s most often served burger style, but the company sells the vegan meat in a raw form and a number of chefs have been experimenting with different applications.

“We are thrilled to surprise and delight our guests with new experiences at fresh&co this winter,” said George Tenedios, co-founder and CEO of fresh&co. “We are constantly looking to elevate the fast-casual menu and our new menu items offer even more variety and flavors, especially to those seeking meat alternatives. Impossible meat contains no added hormones, antibiotics, cholesterol or artificial flavors, which aligns perfectly with our brand’s food standards and pillars. Partnering with Impossible Foods also allows us to evolve our sustainability practices as it generates less than an eighth of the greenhouse gas emissions required to produce the same quantity of ground beef from cows and has a much smaller environmental footprint.  We look forward to introducing our winter menu to dedicated customers and new guests alike.”

Behind the scenes at our Pilot Plant, where all the magic behind the Impossible™ Burger happens. #ImpossibleFoods #ImpossibleBurger

Impossible Foods gets its meaty texture from a combination of beans and a proprietary ingredient called heme. Found in the root of the soybean plant, heme gives the vegan meat its “bleeding” look and meat-like texture.

The ingredient garnered the brand a dose of controversy when it submitted to animal tests to prove the burger’s safety. While animal testing isn’t required, it was critical in receiving the GRAS status (generally recognized as safe), which will allow the brand to expand internationally.

Impossible Foods is appearing this week at the popular Consumer Electronics Show in Las Vegas. On its Instagram page, the company hints at a new partnership with a burger chain, which it says it will reveal during the show.