(Updated June 15, 2020) | Impossible Foods has proven that it can create plant-based meat that looks, cooks, and tastes just like beef. And now it’s out to do the same with pork. The Impossible Croissan’wich, a breakfast sandwich featuring an Impossible sausage patty, eggs, and cheese on a croissant, is now available nationwide for a limited time.

The Bay-Area startup introduced its second round of vegan meat in January, Impossible Pork and Impossible Sausage, at CES 2020 in Las Vegas. The company announced it would launch its sausage in an exclusive partnership with Burger King.

“Pigs are the single most popular source of meat globally, and particularly in Asia,” CEO Pat Brown said to CNET during a visit to the company’s Redwood City, California, headquarters. “Internationally, it’s a clear No. 1, and our goal [and] our mission is global. For us to have an impact, particularly in Asia, pork is kind of a no-brainer.”

The vegan pork looks and tastes like real pork, the company says. It is also gluten-free.

Vegans, Baby founder Diana Edelman attended CES and tried six Impossible Pork products. “The texture, subtleties, and flavors were spot on,” she told LIVEKINDLY. “As with the [Impossible] burger, this new product can easily replace pork from pigs and people who aren’t vegan wouldn’t know the difference.”
The Impossible Croissan’wich will be available nationwide at Burger King, excluding Alaska and Hawaii, until June 30. 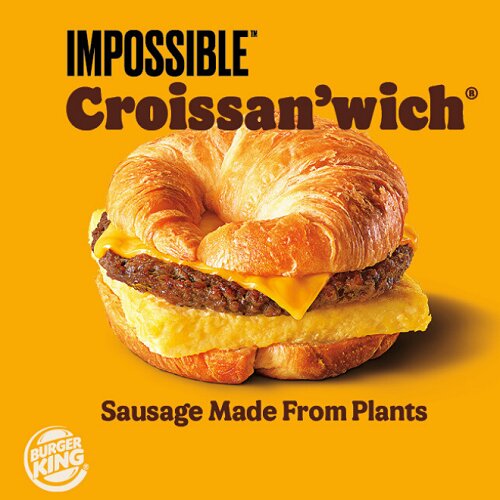 “Plant-based pork was one of the fastest-growing plant-based meat categories in dollar sales last year and surged 14 percent between 2018 and 2019. With current global pork shortages caused by the African Swine Flu crisis likely to accelerate demand for plant-based versions, we expect to see an explosion in the number of plant-based pork products available over the next couple of years,” Caroline Bushnell, Associate Director of Corporate Engagement for the Good Food Institute (GFI), said in a statement.

“This is a huge market opportunity for plant-based meat manufacturers, who are starting to look beyond the burger. If consumers adopt plant-based pork with the same vigor as other plant-based foods, the category could exceed $1.5 billion in U.S. retail alone within the next decade. Just imagine the opportunity when you factor in China, which consumes approximately half of the world’s pork,” she said.

Pork is a major market opportunity for the growing plant-based industry. In 2018, Hong Kong’s Right Treat was the first to launch a vegan pork product in Asia. Its Omnipork is now being served throughout Asia; Taco Bell locations in China are now serving the vegan meat.

According to GFI, the plant-based pork category is currently worth $130 million and makes up one percent of the $12.7 billion fresh pork and sausage market in U.S. supermarkets.

“Once plant-based pork reaches 13 percent share of the fresh pork and sausage market – the same share plant-based milk currently holds in the milk market – the category would be worth $1.65 billion,” the group notes. 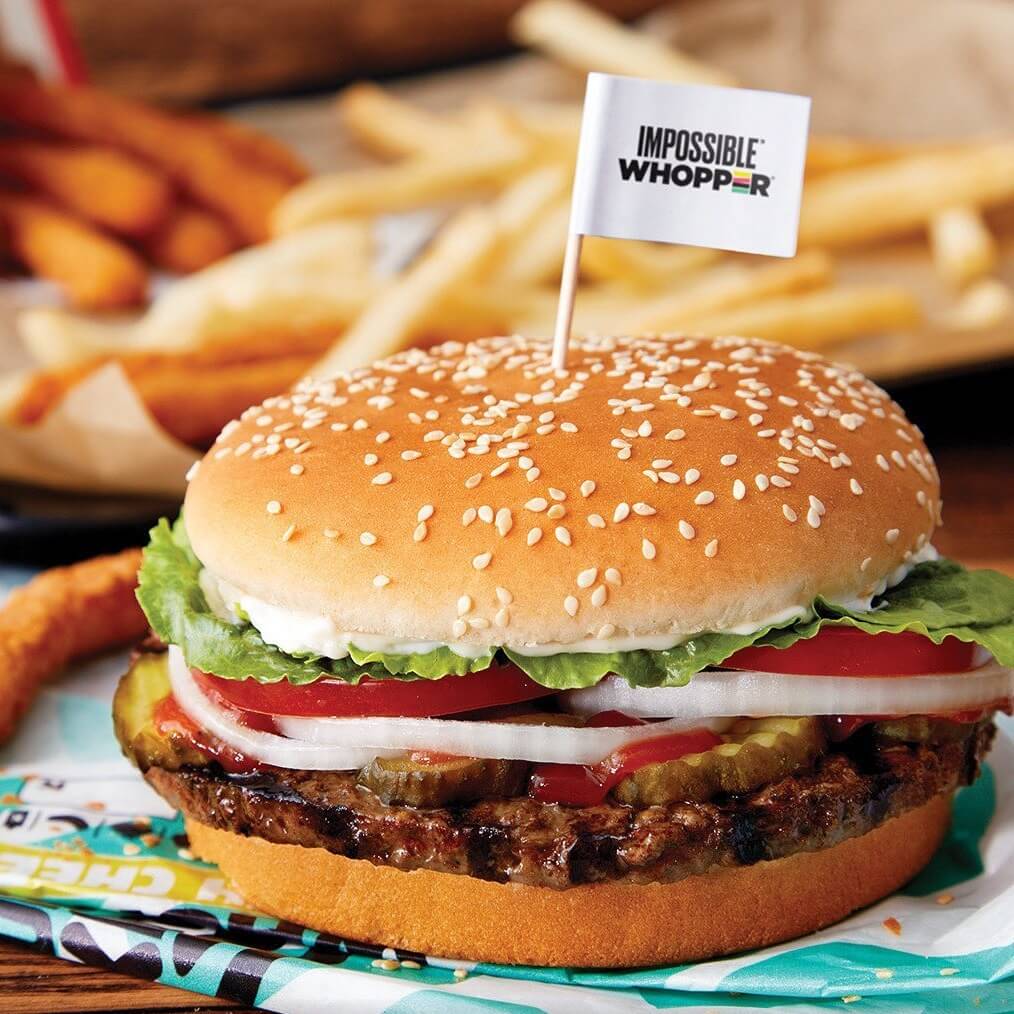 Impossible Foods’ chief competitor, Beyond Meat, has seen tremendous success with the launch of its vegan sausages. Its bratwurst and Italian sausages are sold in sausage shops across the country, including major sports venues. And its breakfast sausage patty is now available at Dunkin’ and in retailers.

Like the Impossible Burger, Impossible Pork is lower in calories than conventional pork (220 to 350, respectively). It contains 13 grams of fat compared to 32 grams in pork (7 grams saturated versus 11 in conventional pork), and it’s cholesterol-free. When it comes to protein, it’s about the same as regular pork. But the sodium content is higher: 420 grams to just 80 in pork.