Plastic litters rivers, road sidings, and oceans. Initially, the material was lauded for its longevity—but its longevity is the problem.

Products like the common plastic bag can take up to 1,000 years to decompose. This means that every single piece of plastic ever produced still exists.

The United Nations Environment Program says that plastic generation more than tripled between the 1970s and 1990s. In the early 2000s, plastic waste increased more in a single decade than it had in the previous 40 years.

“Researchers estimate that more than 8.3 billion tonnes of plastic has been produced since the early 1950s,” says UN Environment. “About 60% of that plastic has ended up in either a landfill or the natural environment.” 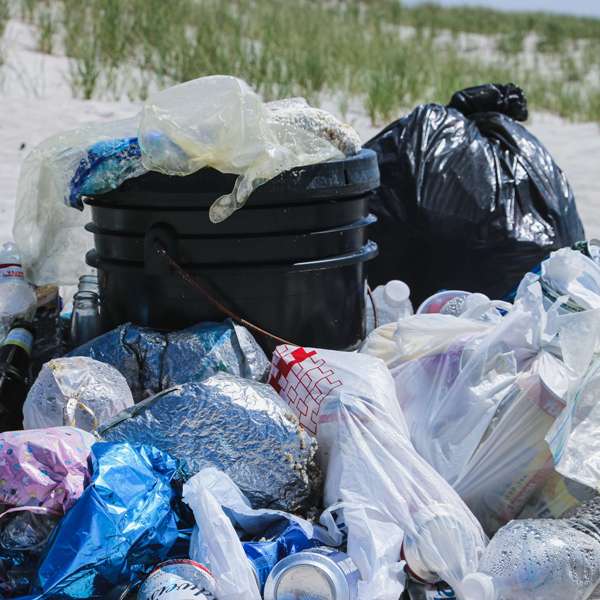 Around 40 percent of plastic produced is for single-use packaging.

Single-use plastic, in particular, has been widely used as a hygienic alternative to reusable materials. Items like bottles, cutlery, food containers, coffee cups, plastic bags, and of course straws have enjoyed popularity for their practicality—despite their impact on the environment.

Microplastics—small plastic pieces less than 5mm—are also particularly destructive. Microplastics are already widespread in our oceans, rivers, and in our food. Since plastic does not biodegrade, these pieces simply get smaller, circulating indefinitely.

“Many of these tiny plastic particles are swallowed by farm animals or fish who mistake them for food,” says UN Environment. “And thus can find their way onto our dinner plates.”

Larger pieces of plastic can also harm marine life through entanglement and ingestion. Seals, whales, dolphins, and of course fish, are all impacted by this. Six-pack rings, bottle caps, cotton buds, balloons, and plastic utensils are particularly harmful.

Entanglement is extremely common, and one of the main causes is fishing. Data collected for the Ocean Cleanup campaign indicates more than 50 percent of ocean plastic is discarded fishing equipment. The survey analyzed the Great Pacific Garbage Patch—a floating island of debris twice the size of Texas that sits between Hawaii and California.

According to the World Wildlife Fund (WWF), “entanglement in fishing gear is the leading threat for whales and dolphins around the globe — estimated to cause at least 300,000 deaths per year.”

In addition to entanglement and ingestion, there is also the chemical impact of plastic pollution. Even if a plastic bag does begin to biodegrade in warmer waters, it can release toxic chemicals into the ecosystem. So how do we fight plastic pollution? 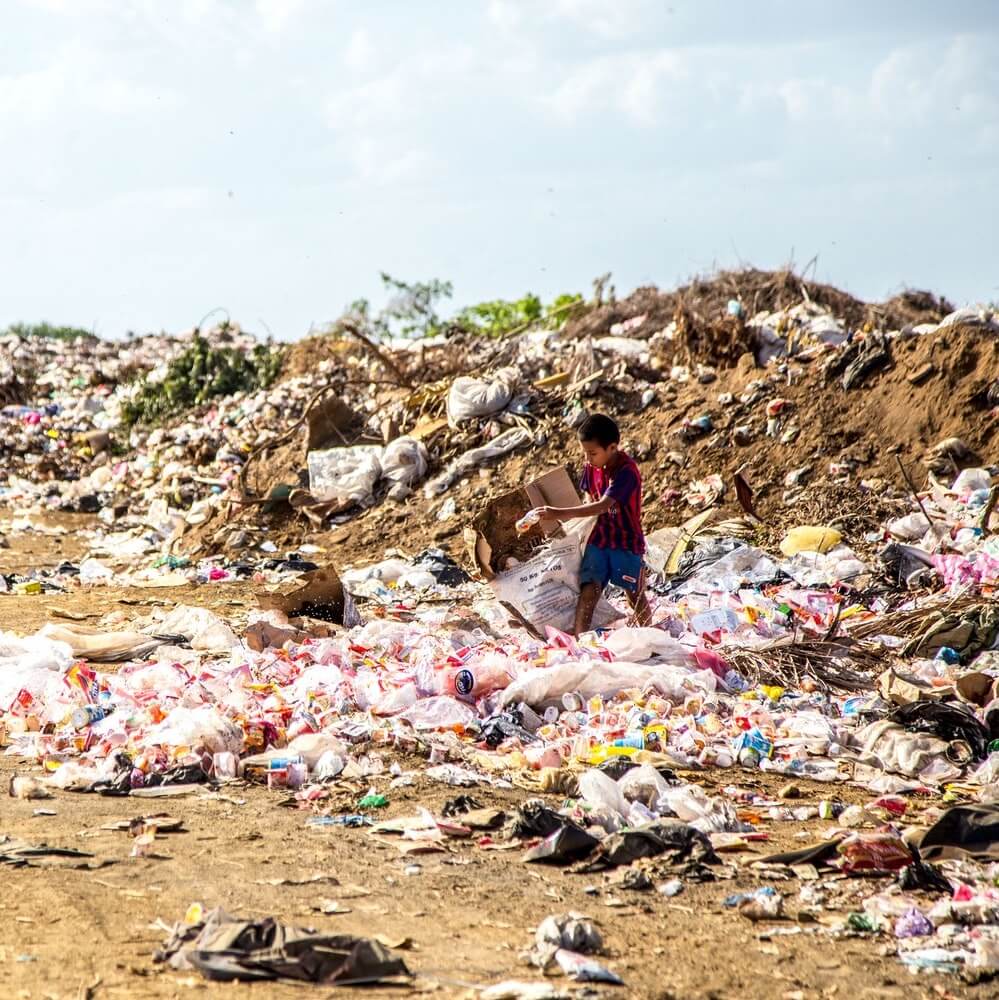 How Do We Fight Plastic Pollution?

One simple way to reduce plastic pollution is to follow a primarily plant-based diet. By cutting out seafood, consumers can avoid contributing to the huge quantity of waste plastic that ends up in the sea through industrial fishing.

Another key way of fighting plastic pollution is by minimizing the amount of single-use packaging you purchase. Reusable items such as keep-cups for coffee, aluminum lunch boxes and water bottles, and fabric shopping bags are all popular alternatives to plastic.

Recycling is also essential to reducing waste plastic. In addition to personal and industrial recycling schemes, some brands are even using waste plastic to construct new products. Waste plastic has been used to create shoes, clothes, car accessories, and even a stage at the Glastonbury music festival.

However, only a very small proportion of plastic is effectively recycled, and many producers do not manage their plastic waste effectively or responsibly.

“Only 9% of plastic has ever been recycled,” says The Guardian. “Today the recycling system is breaking down. Plastic is being landfilled, burned or dispatched to developing nations, where it is probably being disposed of improperly, to the detriment of people who can least afford to deal with the consequences.”

“To move from insight to large scale action, it is clear that no one actor can work on this alone,” says Waughray. “The public, private sector, and civil society all need to mobilize in order to capture the opportunity of the new circular plastics economy.”

11 Most Impressive Plastic Bans Around the World

Plastic pollution is a huge problem—but communities, businesses, and governments are taking steps to reduce its impact on the environment. The United Nations revealed in May 2019 that 180 countries have pledged to help reduce the amount of plastic in the ocean. Here are 11 of the most impressive plastic bans around the world. 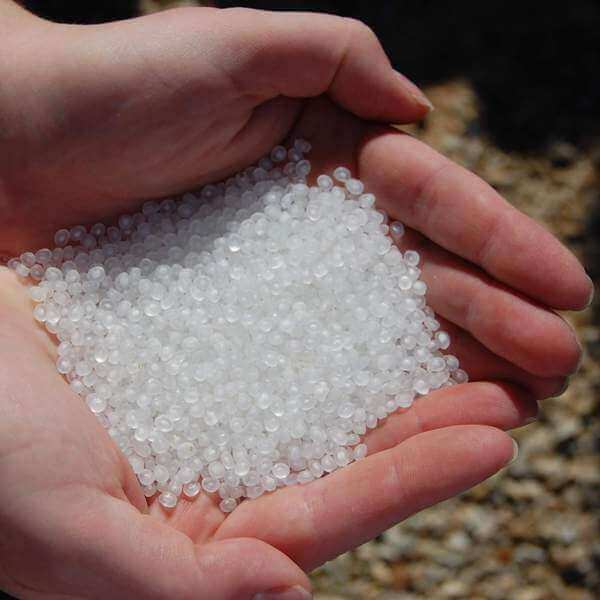 Microplastics and microbeads are particularly harmful.

1. The US Microbeads Ban

In 2015, the U.S. banned plastic microbeads in cosmetics and personal care products. Several other countries including the UK, Canada, Taiwan, and New Zealand have also banned microbeads from rinse-off products.

There are many natural alternatives to microbeads in cosmetic products. Some companies have switched to using natural exfoliates such as oatmeal, sea salt, apricot pits, and even coconut husks. 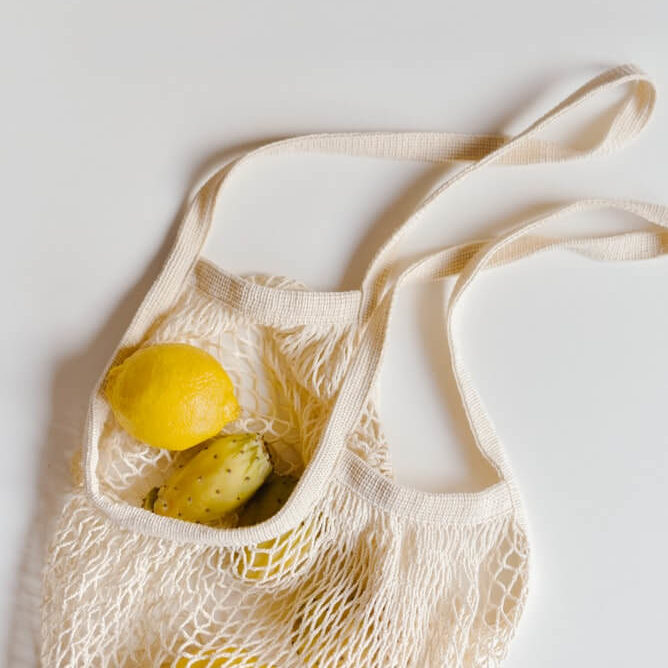 Victoria is the most recent Australian state to ban the sale of plastic bags. From November, all retailers in Victoria will be subject to heavy fines for providing plastic carrier bags. New South Wales is now the only state in Australia yet to outlaw the bags. 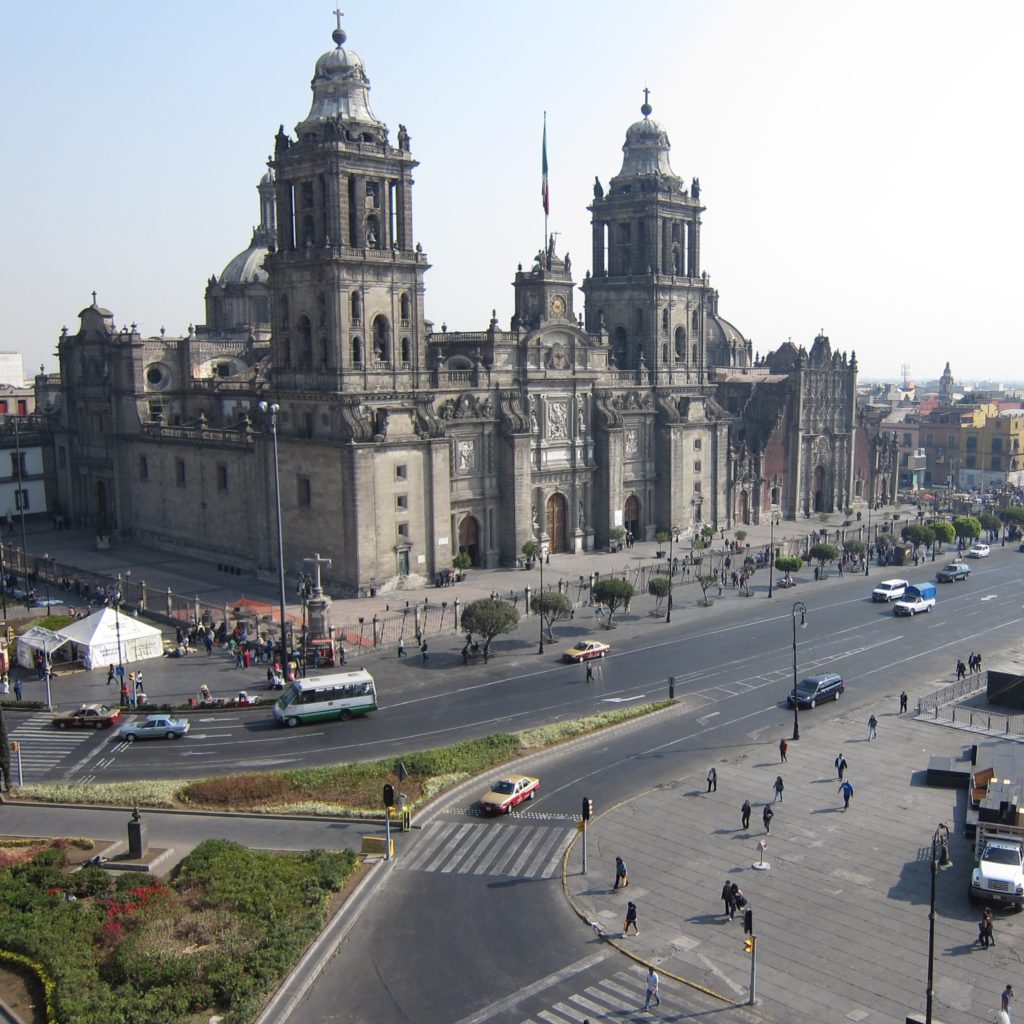 Mexico City just launched its ban on the production and sale of plastic bags.

Mexico City launched its plastic bag ban on January 1st. The law, which was passed in May, now restricts all businesses excluding perishable food vendors. Companies that produce plastic bags outside of the area will also be prohibited from selling them to Mexico City businesses. 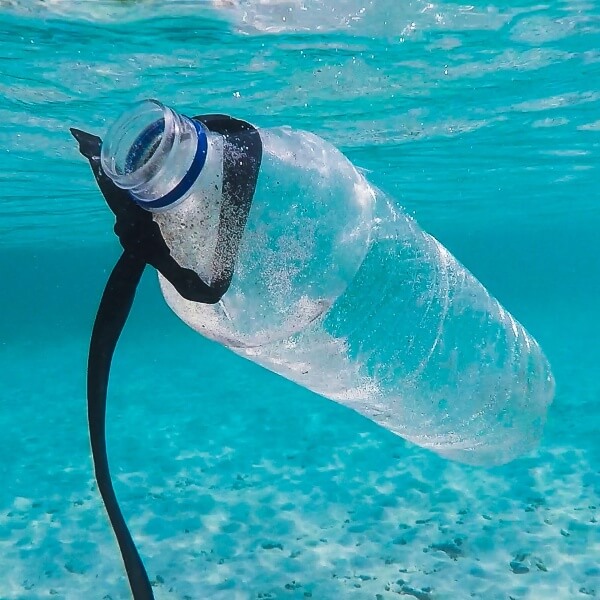 Canada aims to make serious reductions in the production of plastic waste.

In Canada, infrastructure is being introduced nationally to reduce plastic waste. Canadian Prime Minister Justin Trudeau announced last year that the country will aim to ban “harmful” single-use plastics by 2021. Trudeau said in a statement: “As parents, we’re at a point when we take our kids to the beach and we have to search out a patch of sand that isn’t littered with straws, Styrofoam, or bottles.” 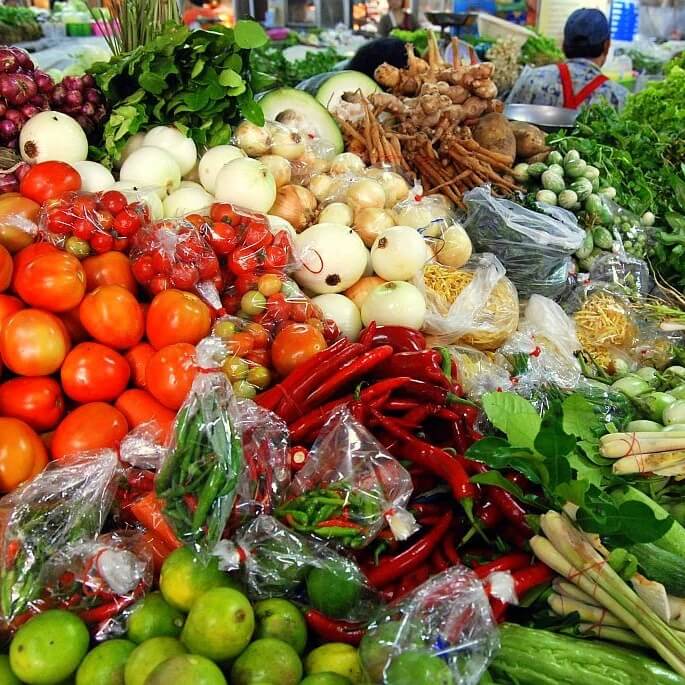 Thai citizens have found inventive ways to carry their groceries, including wheelbarrows and suitcases.

Thailand has kicked off the year with a ban on single-use plastic bags at major stores and supermarkets. A national campaign orchestrated by the government and retailers aims for a total ban by the year 2021. Several animals were found last year with plastic in their digestive systems, which increased the country’s determination to reduce waste. 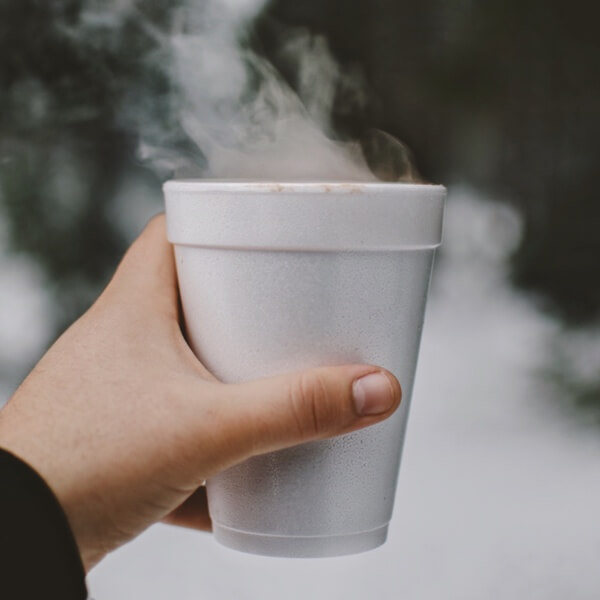 Styrofoam is non-biodegradable and particularly difficult to clean up.

In 2018 the EU banned 10 throwaway plastics including Styrofoam and single-use straws. Manufacturers of other plastic products—including water bottles and cups—have also seen more strict regulation and all plastic water bottles will need to contain 30 percent recycled content by 2030. The ban will come into force in 2021. 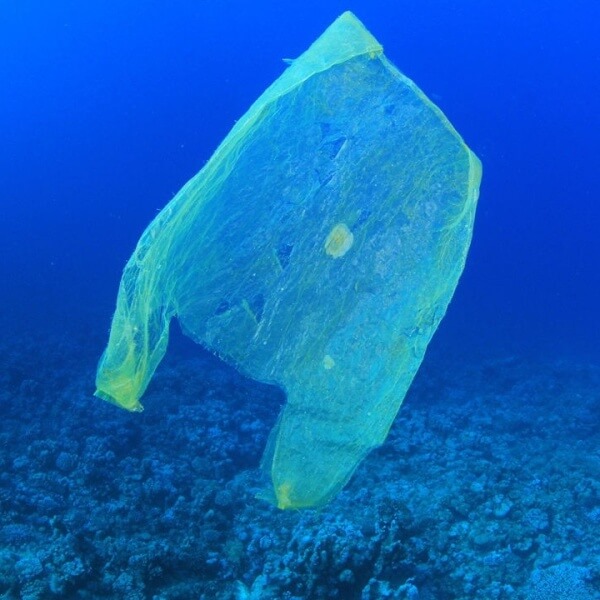 Rwanda has a zero-tolerance policy on single-use plastic bags.

As part of Rwanda’s recovery from genocide in the 1990s, the government emphasized environmental protection – including a ban on single-use plastic bags. Rwanda’s ban is particularly notable as it prohibits the manufacture, use, importation, and sale of single-use carrier bags. Violations are met with fines and in some cases even prison sentences. 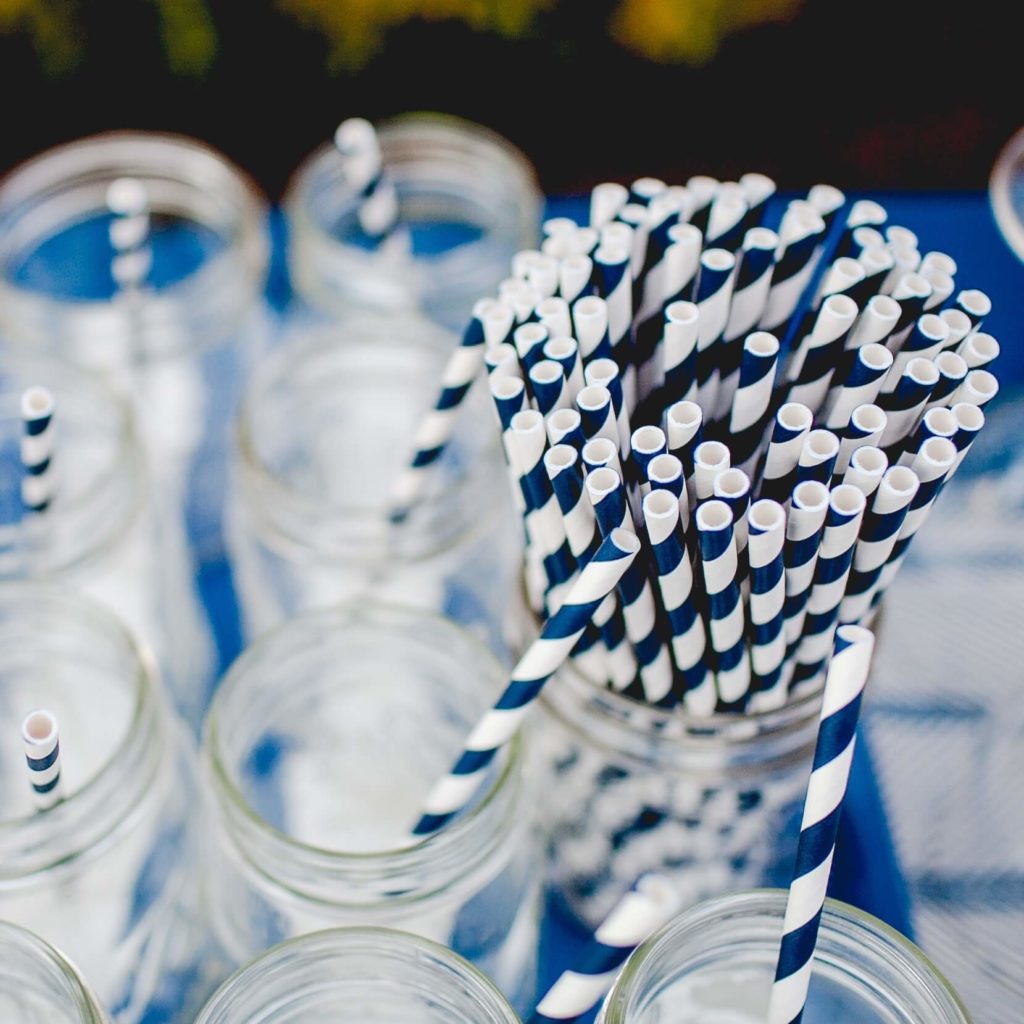 Straws and bags were banned in California in 2018.

8. California’s Ban on Straws and Bags

California was the first state to ban single-use plastic bags in 2014 and the first to implement a partial ban on plastic straws in 2018. In the U.S., more than 470,000 people signed a petition asking Target to ditch plastic bags for good. Both IKEA and Costco have stopped providing plastic bags at cash registers. 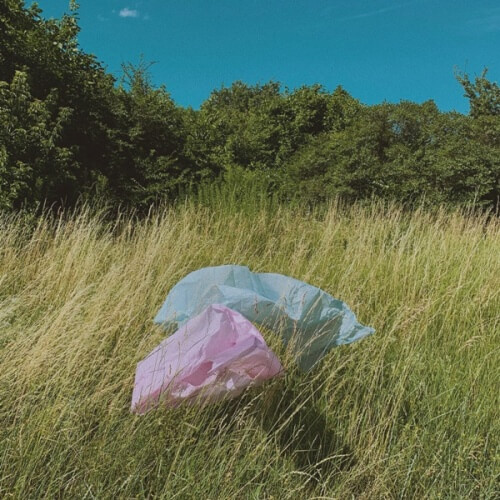 Plastic bags were banned in Kenya.

Tens of millions of plastic bags were distributed to supermarket customers every year in Kenya before the ban in 2017. Discarded bags polluted the local environment and contributed to floods by blocking drains. The African continent is where most countries have introduced a ban on both the production and use of plastic bags. 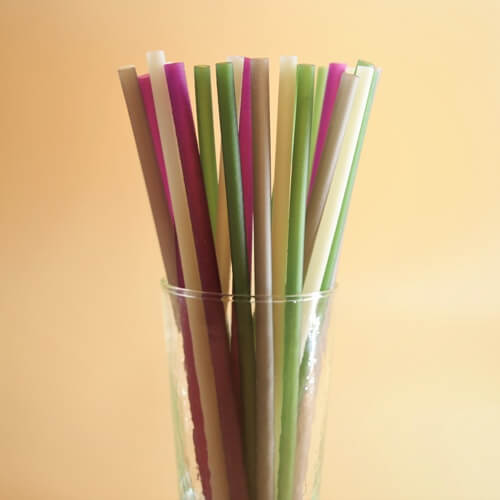 Britain charges for plastic bags and is introducing further restrictions on other plastics.

In 2015, England joined Wales and Northern Ireland by adding a 5p charge for carrier bags in large supermarkets and stores. Further legislation on lightweight carrier bags and disposable food containers will be clarified and implemented by December 2024. In the next five years, policy on single-use plastics will begin to take effect.

A ban on plastic straws, cotton buds, and stirrers was first announced in April 2018. These restrictions are expected to take effect in April 2020. The Welsh government has said Wales aims to be zero-waste by 2050. The country will also phase out all single-use plastics and plans to become the world leader in recycling. 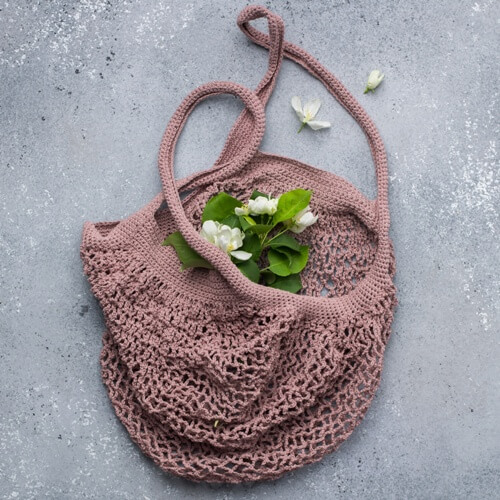 The Bangladesh government was the first to pass a plastic bag ban.

The government of Bangladesh was the first to introduce a total ban on lightweight plastic bags in 2002. This followed extreme flood damage caused by littered plastic bags that submerged more than two-thirds of the country.

Bangladesh has also created a lucrative and natural alternative to plastic. A scientist has found a way to turn jute — the plant fiber used to create burlap sacks — into a plastic-like material. The new bags are biodegradable and recyclable.