India is well known for its vegetarian and flexitarian attitude towards diet. Could there be significant potential for vegan meat and dairy development in the country? The Good Food Institute (GFI), a nonprofit which promotes sustainable alternatives to animal agriculture, thinks so.

GFI has partnered with AAK Kamani, India’s leading supplier of oils and fats.

Through the new partnership, GFI and AAK intend to advance projects in the plant-based protein space through training seminars and guidance on the development of plant-based foods, focusing on texture and local flavors.

“The plant-based foods market in India is just getting started,” GFI India’s managing director Varun Deshpande told LIVEKINDLY. “With few incumbents but multiple launches in plant-based meat, egg, and dairy expected over the next months and years.”

He added: “India is large, diverse, and complex, but a number of converging drivers makes us well-suited to adopt these foods.” 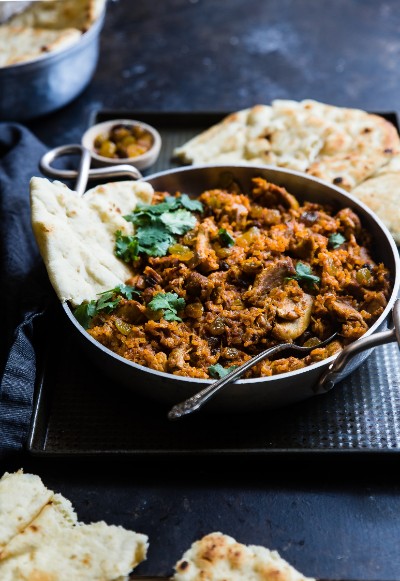 Nearly 80 percent of people who live in India practice Hinduism; the religion doesn’t require meat-free living, but vegetarianism is viewed as “highly meritorious,” according to the Hindu American Foundation.

But in the last few years, the demand for meat in India has risen. A 2014 study revealed that 71 percent of Indians over the age of 15 are not vegetarian. Deshpande noted that many Indian consumers are now flexitarian or “guilty non-vegetarians” by default.

According to a cross-country survey conducted by GFI and the University of Bath in 2019, over 60 percent of Indians want to purchase plant-based meat regularly.

“With our growing population and low (but ever-increasing) per capita meat consumption, India is very much a ‘leapfrog’ economy,” he noted. By this, he means that India could “skip the inefficiencies and challenges of preliminary technologies.”

It could “jump straight to a better-optimized system.”

According to Deshpande, GFI can help India become one of the first countries in the world to use food technology to avoid the burdens of conventional animal agriculture completely. To do so, it will need to work with the government and private industry.

But it’s important that plant-based protein development doesn’t just focus on being healthier and more environmentally-friendly than its animal-based counterpart. It needs to compete on taste, price, and convenience too. Ultimately it’s these factors that will drive consumers to buy, believes Deshpande.

Most vegetarian Indian food is cheese or vegetable-based. There has been little development in the plant-based meat space until now.

“[AAK] can provide entrepreneurs with advisement and bespoke solutions to launch the most delicious, affordable foods into the market,” said Deshpande.