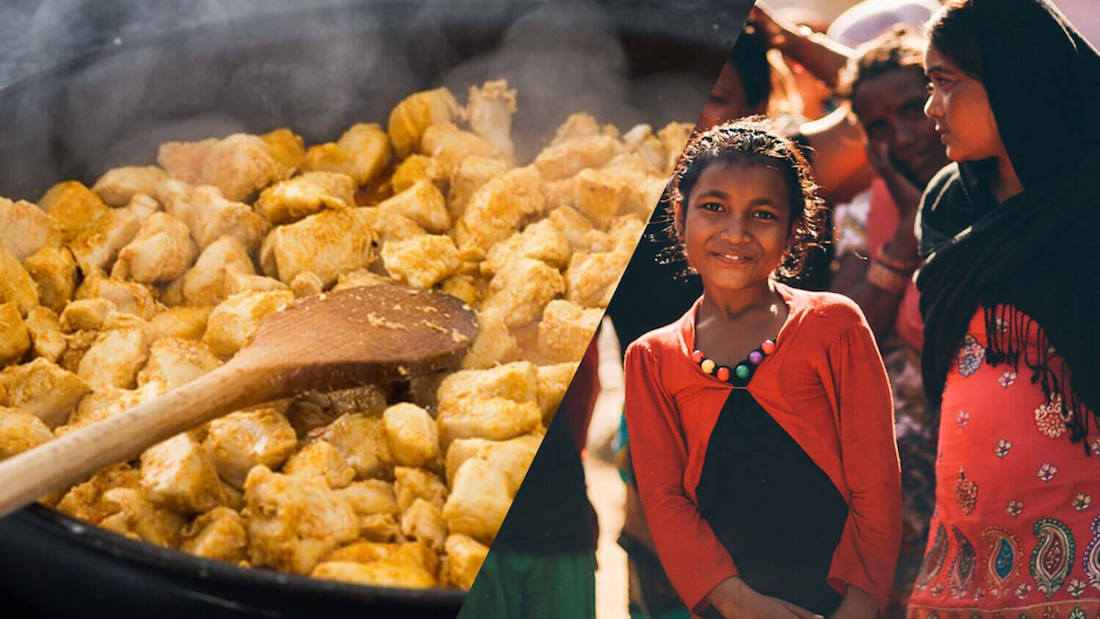 Indian vegan start-up company Good Dot, which produces a variety of plant-based meats, is set to expand across the nation.

Good Dot came to life when “complete strangers on opposite sides of the planet” bonded over a shared mission – to decrease animal suffering and improve human health with vegetarian meat products. Made up of a team of two animal lovers in Udaipur, a city in the western Indian state Rajasthan, and an animal activist in America, Good Dot creates its products “in India, for India, by India.” And while its range is entirely vegan, the brand maintains that its dishes will satisfy even the most carnivorous meat-lover.

Hungry shoppers can enjoy vegan keema burgers, bhurji burgers, fish fingers, spicy tikka, achari chicken tikka, and fried chicken, among other items. Every 100 grams of the brand’s vegetarian meat provides 25 grams of protein but contains no cholesterol and drastically less fat. The company maintains that by swapping out conventional meat for Good Dot, customers can reduce their fat intake by 80 percent.

Good Dot’s plant-powered meat, made using grains and other proteins such as soy, wheat, and peas, delivers all the familiar flavours and textures that consumers have come to love but without the health risks, animal welfare concerns, or impact on the planet associated with animal-derived meat. On its website, the company writes that it takes nine calories of grain to produce one calorie of chicken, and that chicken production generates 25 times more CO2 than is required to produce grain.

Currently, Good Dot operates food trucks and a kiosk in Udaipur, with plans for a cafe underway. Within the next three months, the brand will bring food trucks and kiosks to Lucknow, Gurgaon, and Bangalore. In the future, Good Dot intends on expanding to 30 additional locations across India, including in shopping centres, campuses, and IT parks.

The company’s expansion across India is notable given the nation’s unsteady rate of meat consumption. A country that once saw vegetarian populations as high as 70 percent now has meat consumption rates so high that Forbes claimed could “impact all of us” due to the unsustainable nature of animal agriculture and meat production.

However, the introduction of several innovative products, such as Good Dot’s vegetarian mutton, Vezlay‘s plant-based Shami Kabab and Seekh Kabab, or Lord of the Fries‘ vegan fast food that is set to expand to India, is motivating more people than ever to ditch animal products and give plant-based a taste.