This magazine is expected to be found at markets, bookstores and newsstands across America – from this weekend onwards, folks with a preference for paper-based reads can get a physical copy rather than viewing VegPlanet through the confines of a digital screen or traveling to vegan cafes in India for a plant-powered read. Whole Foods Markets, Barnes & Noble bookstores and health food stores in both America and Canada will also stock copies.

VegPlanet has gained large popularity in a short space of time, they have only been running for one year. With a growing population of vegans and vegetarians in India – 100,000+ now follow the magazine’s Facebook page. The editor of VegPlanet Magazine, Niranjan Amarnath said: “[w]hen we heard the news, we were ecstatic, our vegan community based magazine going global – awesome, VegPlanet’s intentions have always been to be a community-based magazine – not just the community in our backyard, but also our common community around the world.” 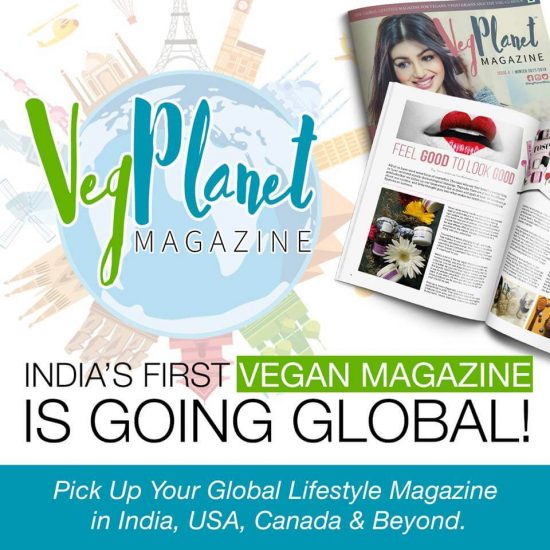 Although Australia’s vegan population is hot on their heels, India has the largest population of vegetarians, with many others having an aversion or intolerance to dairy and animal products due to cultural and religious beliefs. Considering that contributors to the magazine are based in over 15 countries and the founding team is from India, Indonesia, the USA and the UK – it’s only natural VegPlanet expand their customer base to countries outside of India.

On what makes VegPlanet different to other vegan magazines, James Reimers (one of the main people who helped bring VegPlanet to America) said “it doesn’t just feature vegan recipes, health and fashion tips, it offers stories that tackle important animal rights issues, wildlife and environmental conservation and protection, vegan activism and other matters I’m concerned with and want to know about.”

Reimers adds “in this day and age when the trend seems to be separating people – building walls or barriers, VegPlanet wants to help build bridges and bring people together – which is refreshing”.