Indonesia’s Karanganyar district has become the first in the country to ban the dog meat trade.

The Karanganyar administration announced on Monday that it would shut down all 21 dog meat stalls throughout the district, which is located in Surakarta, Central Java. Each stall slaughters two to three dogs per day, according to data from the district’s agriculture industry, effectively sparing nearly 1,900 per month from being killed for meat. The administration will help those who rely on the dog meat trade for income transition to new lines of work.

The Indonesian government pledged to end the dog meat trade last August in a move supported by celebrities including Ricky Gervais, Simon Cowell, and Cameron Diaz. However, no action has been taken since. The number of Indonesians who consume dog meat is in the minority — only seven percent, according to nonprofit organization Dog Meat Free Indonesia. Last November, a petition signed by more than one million people calling for an end to the trade was submitted to the government.

Local news source Jakarta Globe reports that the decision was made out of concern for human health.  H. Juliyatmono, Karanganyar district head said: “In order to prevent various diseases caused by dog ​​meat, we will close all dog meat stalls in Karanganyar, effective immediately.”

According to Dog Meat Free Indonesia, millions of dogs are captured and transported throughout Indonesia each year. Nationwide investigations show that disease such as rabies runs rampant in the nation’s dog meat trade. Human death from rabies has been linked to consumption of infected dogs.

A recent investigation revealed that 13,700 dogs with unknown vaccination history are caught or stolen every month in Java alone. The province of West Java is considered a supply center for the whole nation.

The method of capture and transport have been decried by many for being inhumane. Many of the captured dogs are family pets or animals illegally trafficked from the streets or rural communities. Dogs have their mouths bound shut, making it difficult to breathe, and are crammed into cages where they can barely move. They are then transported long distances to markets, slaughterhouses, and restaurants. Many die from suffocation, dehydration, or heatstroke before arriving.

Juliyatmono added, “Human survival must be the focus of our development. People have to live in harmony with God and fellow living beings, including all animals.” 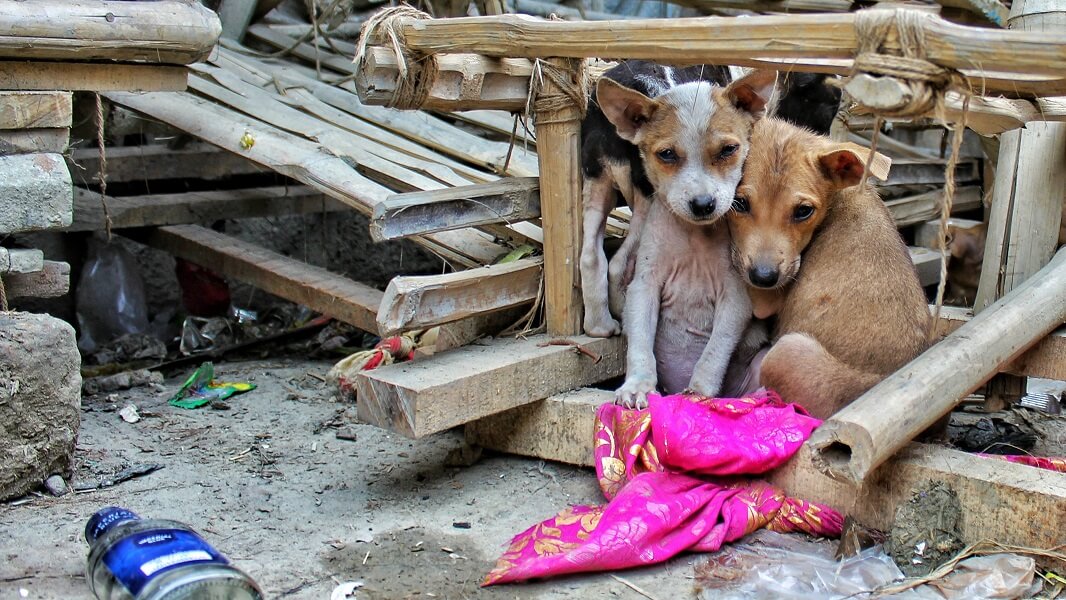