Our bodies have developed many natural processes that help to protect us from harm. One of these processes is called inflammation. You know when you bump your head or your knee pretty hard, and it goes red and swells a little? That’s acute inflammation, and it’s actually a really important part of the healing process. It’s a sign that our immune systems are working properly, sending white blood cells to protect the harmed area of the body. But not all inflammation is helpful. In fact, chronic inflammation, which can be caused by the food we eat, pollution, or habits like smoking, leads to cell damage, infection, and even chronic disease.

How Does Chronic Inflammation Affect the Body?

Deepak Bhatt, M.D, M.PH., executive director of interventional cardiovascular programs at Brigham and Women’s Hospital and the Editor in Chief of Harvard Heart Letter, explains: “Inside arteries, inflammation helps kick off atherosclerosis—the buildup of fatty, cholesterol-rich plaque. Your body perceives this plaque as abnormal and foreign, so it attempts to wall off the plaque from the flowing blood.”

“But, if that wall breaks down the plaque may rupture,” he adds. “The contents then mingle with blood, forming a clot that blocks blood flow.” The result of these clots? According to Bhatt, they cause the majority of heart attacks and strokes.

Processed meats, like bacon, sausages, jerky, and luncheon meat, are linked with increased inflammation. They contain saturated fat (more on that below), as well as high amounts of harmful compounds, called advanced glycation end products (AGEs).

AGEs form in foods exposed to high temperatures, like those that are often grilled or fried (hence why they are higher in processed meats). Our bodies can eliminate AGEs, but only if we don’t eat too many foods with them.

“When you consume too many AGEs, or too many form spontaneously, your body can’t keep up with eliminating them,” explains registered dietician Mary Jane Brown. “Thus, they accumulate. While low levels are generally nothing to worry about, high levels have been shown to cause oxidative stress and inflammation.” 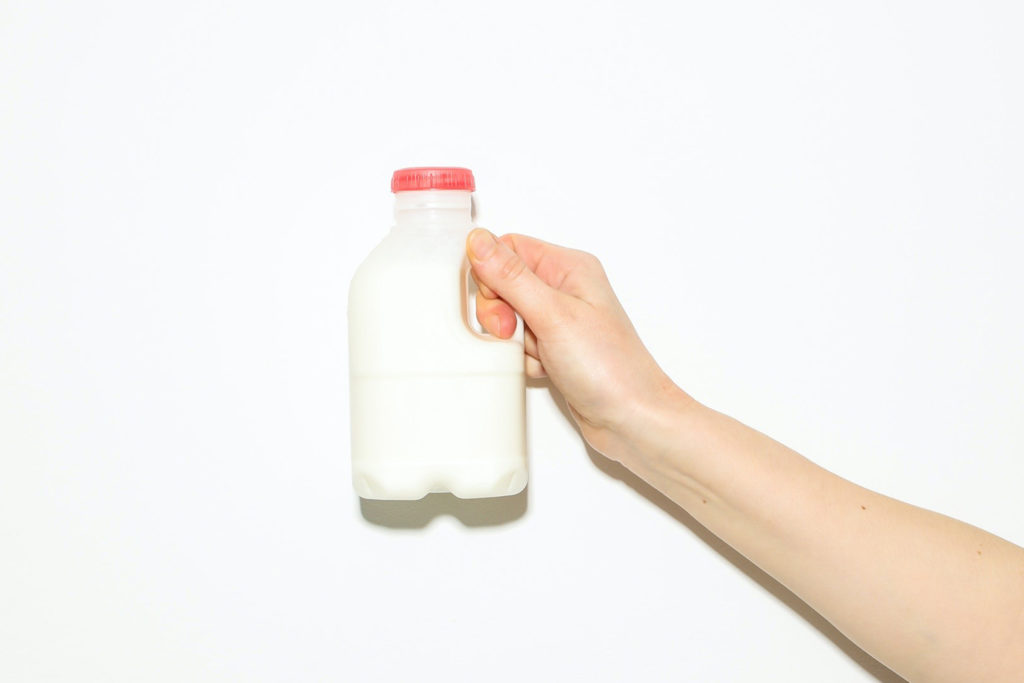 When it comes to dairy, reports are mixed. But many experts believe it does cause inflammation, due to its saturated fat content.

Another reason why reports tend to be mixed is that some experts believe the inflammation only occurs if the body is sensitive to dairy; i.e it has an allergy or an intolerance. If that’s the case, that’s a lot of people; research suggests that 65 percent of the human population is lactose intolerant.

Dr. Uma Naidoo, nutrition consultant and director of Nutritional and Lifestyle Psychiatry at Massachusetts General Hospital, told Purple Carrot: “One way to test if dairy is causing inflammation is to cut it out of your diet for about two to three weeks, and see how you feel.”

They added: “Be aware of any changes. Do your sinuses feel clearer? Are your headaches gone? Do you have more energy? Note what feels different.”

It’s widely acknowledged that too much sugar is bad for our health. However, consuming natural sugars, like those found in fruits and vegetables, is beneficial. This is because these foods have other significant health benefits, but also because this kind of sugar is released slowly into the body.

Too much added sugar, which is found in processed drinks like cola, and snacks, like cakes and cookies, isn’t so good and can contribute to inflammation.

He added: “The effects of added sugar intake, higher blood pressure, inflammation, weight gain, diabetes, and fatty liver disease, are linked to an increased risk for heart attack and stroke.”

It’s important to start this section by stating: not all carbs. While carbohydrates have received a really bad reputation in modern diet culture, they are a much-needed source of energy. Brown rice, brown pasta, quinoa, and oats are all examples of healthy carbohydrates.

Deep-fried foods, like doughnuts, fried chicken, and fries, can be high in artificial trans fats, a particularly harmful form of saturated fat. This is because they are often fried in hydrogenated vegetable oils. The vegetable oil contains trans fats, which soaks into the food.

Berries, like blueberries and red currants, are high in flavonoids, which have powerful anti-inflammatory effects. This is because they help your body to fight off harmful molecules.

Broccoli is a particularly good anti-inflammatory food due to its sulforaphane content. The sulfur-rich natural plant compound–which is also found in other cruciferous vegetables, like cauliflower–is known to reduce inflammation.

One study, conducted in 2018 and published in the journal Clinical Nutrition, found that, after 10 weeks of eating 30 grams of broccoli a day, 40 overweight people (who were otherwise healthy) had significantly lower levels of inflammation in their bodies.

To get the anti-inflammatory benefits of broccoli, paying attention to how you cook it is important. Steaming for just a few minutes, or even eating raw, is the best way to get the most sulforaphane. Another study conducted in 2008 found that more sulforaphane was found in the blood after consuming the vegetable raw.

While there are many types of mushrooms, each rich in vitamins and antioxidants, lion’s mane mushrooms are particularly renowned for their anti-inflammatory benefits.

Registered dietician Erica Julson notes: “Chronic inflammation and oxidative stress are believed to be at the root of many modern illnesses, including heart disease, cancer, and autoimmune disorders. Research shows that lion’s mane mushrooms contain powerful anti-inflammatory and antioxidant compounds that may help reduce the impact of these illnesses.”

She added: “In fact, one study examining the antioxidant abilities of 14 different mushroom species found that lion’s mane had the fourth-highest antioxidant activity and recommended it be considered a good dietary source of antioxidants.”

Rich in a number of vitamins and minerals, including vitamin C and potassium, tomatoes are an excellent addition to a healthy diet. They’re also high in the anti-inflammatory antioxidant lycopene. When cooking, consider opting for olive oil; one 2005 study found that this boosts the lycopene content in tomatoes.

In the past, tomatoes have received a bit of bad press, with some people (ahem, Tom Brady) stating they actually cause inflammation. But Dr. Gerry Mullin, an associate professor of medicine at Johns Hopkins Hospital, confirmed to Vox that tomatoes are, indeed, anti-inflammatory. He said: “Tomatoes are a staple of an anti-inflammatory diet. They have properties that attenuate the inflammatory response.”

Chocolate is usually seen as an unhealthy treat to enjoy every now and again, but dark chocolate (70 percent or more is better) is actually pretty good for you. This is all thanks to its flavonoid content.

Don’t believe that chocolate can be healthy? Let the science convince you. One study, published in 2018 in the International Journal of Preventive Medicine, found that dark chocolate reduced inflammation in type 2 diabetes patients. They consumed 30 grams of 84 percent chocolate every day for eight weeks.

Another study, conducted by researchers at Loma Linda University in 2018, found that consuming dark chocolate with a high concentration of cacao improved stress levels, mood, memory, and immunity, and reduced inflammation.

The study’s lead author, Lee Berk, said in a statement: “This is the first time that we have looked at the impact of large amounts of cacao in doses as small as regular-sized chocolate bars in humans over short or long periods of time, and are encouraged by the findings.”

So, eating a wide range of antioxidant-rich fruits, vegetables, and even a little bit of chocolate, may help to reduce chronic inflammation in the body. It’s worth taking that into account next time you’re thinking about what to cook for dinner. If you want to take it one step further, see our guide to anti-inflammatory spices here.