Folks…as yet, you may not have heard of Better Eating International, but now that you’re in the know, it’s time to sit up and pay attention. Yup, this fledgling non-profit is just about all set to take the modestly prospering plant-based movement by storm, with its aim to see it bud beyond all recognition!

Initiating a Kickstarter campaign back in April, the group, by May 10th, had well exceeded their goal of $97,500. And, with these monies having been successfully secured, and then equally matched by a donor, they have been busy using the funds raised to bring us what will no doubt be a revolution in the realms of vegan education.

Using this preliminary investment, they will create 96 animated videos – all 30 seconds in length – which will cover the “whys” and “hows” of veganism. With the former exposing animal cruelty and thus showcasing the need to adopt a more compassionate lifestyle, and the latter providing the tools to get started – think grocery shopping, dining out etc. – the idea is to inspire, and in turn, steer millions towards this path.

With their mission to “create a future in which animals are valued as individuals and no longer exploited for human gain,” they believe their use of animation, that’s audience specific AND which bypasses the majority of online censors, will see the (relatively) minuscule 2% U.S. plant-based population explode!

Kind of impressive, right? And definitely seems a likely prospect, especially with the employ of targeted, viewer appropriate, messaging. With the intent being to more so engage the current internet-using teenage generation – the future of veganism could look beyond bright with this kind of inclusive, empowering, technology.

…that’s ONLY with the public’s continued support. 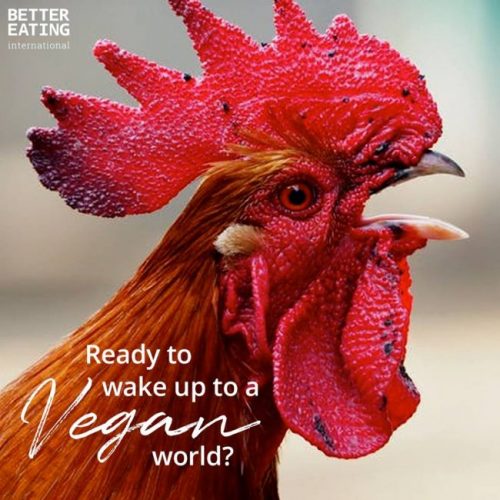 While the company’s efforts are well underway after meeting their financial goal, the Better Eating International is welcoming donations. With increased financials, they can continue to source and produce professional research, solid data analysis – and more effective content.

So, really, this is just the beginning…of something MAJOR! They have made Kickstarter history with their fundraiser being the largest sponsored vegan project of ALL time on the site! How cool would is that? Supporting ground-breaking firsts and cutting-edge endeavours…it might be time to get that wallet out!