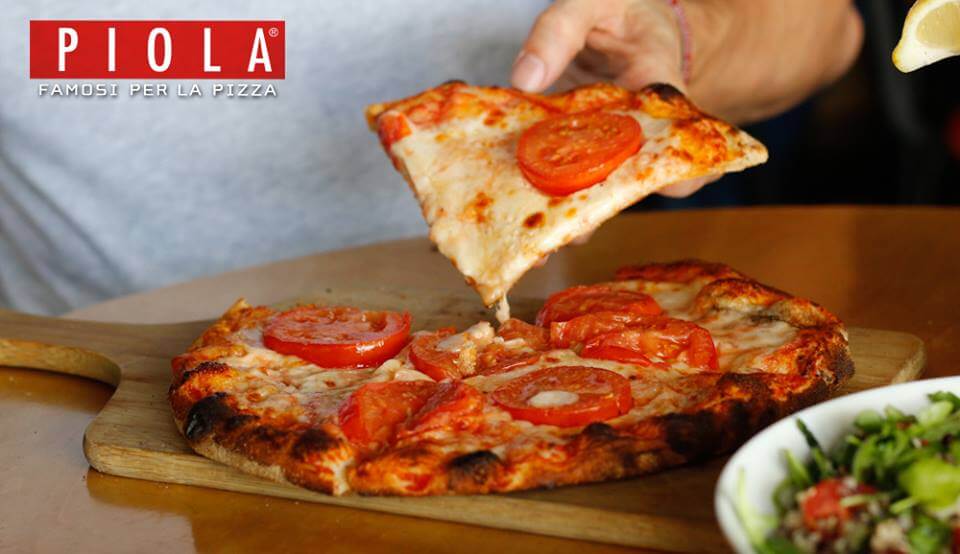 The international pizza chain, Piola, which has restaurants across South America, Mexico, the US, Italy, and Turkey, has added Follow Your Heart vegan cheese to nearly all of its locations in the United States.

With help from Vegan Outreach, a nonprofit organization “working to end violence against animals,” Piola has made vegan options available in ten of its thirteen restaurants. Locations in Florida, Texas, North Carolina, and Virginia will now be offering the new product.

“This addition further expands the convenience and accessibility of vegan options in the US,” Taylor Radig, Campaigns and Social Media Manager for Vegan Outreach, told VegNews. “Which makes going vegan a more attractive idea for many contemplating it.” Radig continued, “Every time large restaurant chains add a hardy vegan option, it sends a powerful message to other chains – this is financially beneficial and if we can do it, so can you.”

We worked with international pizza chain Piola to add @FollowYourHeart cheese to nearly ALL of their US locations!

You can now enjoy a delicious #vegan pie at Piola locations in Florida, Texas, North Carolina, and Virginia ?? pic.twitter.com/9IJB5E0a3l

Piola, whose pizza crust is already vegan, intends to eventually roll out the Follow Your Heart plant-based cheese to all its restaurants across the US, as well as, possibly, its international locations.

Additionally, earlier this month, UK-based Italian food chain Bella Italia announced the launch of vegan cheese in its over one hundred locations across the country. Domino’s has also added vegan options to menus in the Netherlands, Belgium, and Australia.

It’s not just pizza chains who have been rolling out plant-based options, either. US East-coast fast food chain, White Castle, recently added the vegan beef-like Impossible Burger to its menus. And UK burger chain, Byron, introduced its first ever vegan burger, the Beetnick, in April. The company’s head of food called the launch the “most significant” yet.