A group of Irish citizens has won a climate change lawsuit against the country’s government.

The legal action—known as Climate Case Ireland—was launched by Friends of the Irish Environment (FIE). The environmental advocacy group took the Irish government to the Supreme Court. It alleged Ireland failed to take “adequate action” on climate change.

According to a statement by FIE, the group’s goal was to hold the government “accountable for its role in knowingly contributing to dangerous levels of climate change.”

“There is a need to move early to achieve sharp reductions if climate change is to be averted,” Eoin McCullough, Senior Counsel, Friends of the Irish Environment, said during the hearing.

“Ireland has persistently failed to meet any target that has been set for it to reduce greenhouse gas emissions. And the National Mitigation Plan fails to provide for reductions in emissions” McCullough added.

The case is the first of its kind in Ireland. It’s also only the second case in the world in which a government has been held accountable by a national court of law. 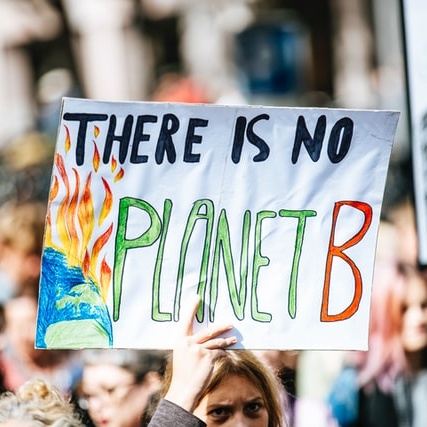 An Australian citizen launched a similar case against the country’s government in July. | Markus Spiske via Unsplash

Ireland approved its National Mitigation Plan in 2017. The policy outlined steps the country would take to achieve a low carbon economy by 2050.

FIE argued that the plan wouldn’t reduce greenhouse gas emissions in the short term. Ireland’s Climate Change Advisory Council also revealed the country would not be able to meet its 2020 and 2030 emissions reduction targets.

“Without urgent action that leads to tangible and substantial reductions in greenhouse gas emissions, Ireland is unlikely to deliver on national, EU, and international obligations. [It] will drift further from […] transition[ing] to a low carbon economy and society,” said McCullough

In July, Katta O’Donnell—a 23-year-old law student—filed a similar lawsuit against the Australian government. The case alleges that the government failed to disclose the risks that climate change poses to the country’s safe investments.