Meat is often at the forefront of discussions about the climate crisis. And, without a doubt, its notorious reputation is well-earned; According to the Water Footprint Calculator, one quarter-pounder hamburger requires 660 gallons of water, which is equal to approximately 26 showers for just one burger. This has led many individuals to reduce meat in a bid to limit their environmental impact. These steps are important, but what about other animal products? When it comes to planetary harm, could cheese be worse than beef?

The United Nations Food and Agriculture Organization estimates that 14.5 percent of global greenhouse gas emissions come from the production of meat, dairy, and eggs. This compels many people to remove meat from their diets—or at least, reduce the amount of meat they consume—in an effort to reduce their carbon footprint and mitigate the effects of climate change.

Instead of a cheeseburger, we can have a vegetarian dinner by replacing the beef patty with a plant-based version. But, research shows that dairy cattle have a huge impact on the planet as well. So, how concerned should we be about cheese and greenhouse gas emissions? 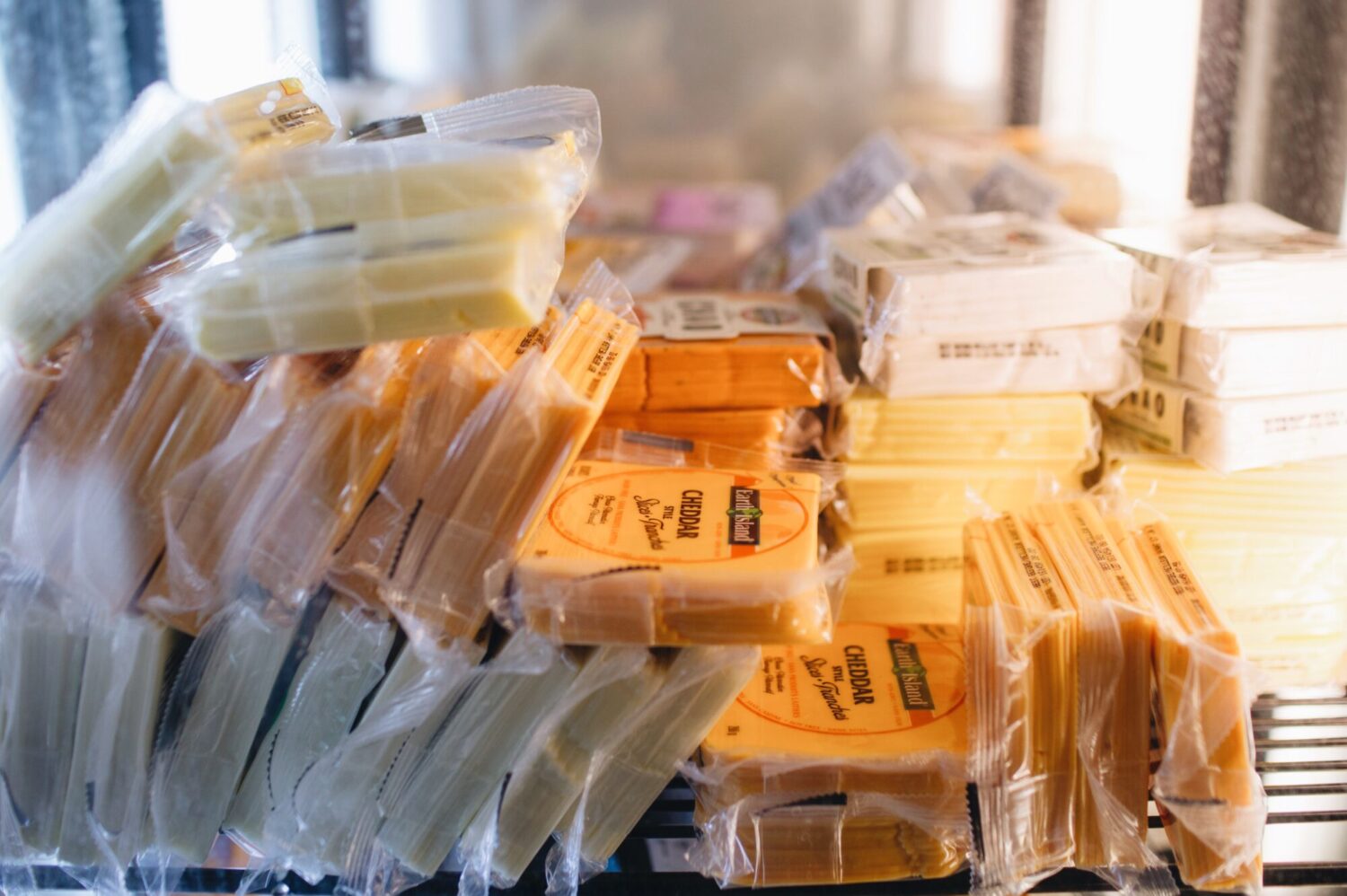 What is the environmental impact of beef and cheese? | Chris So/Toronto Star via Getty Images

The Environmental Impact of Cheese

How bad is cheese? According to the BBC’s climate change food calculator, which uses data from a 2018 Oxford University study published in the journal Science, eating a serving of cheese (30 grams, or enough to cover two crackers) three to five times a week for a year would generate approximately 201 kg of greenhouse gas emissions. That’s the equivalent of driving a car for 514 miles or heating an average UK home for 31 days.

This regular cheese consumption uses 47,259 liters of water—enough for 727 eight-minute showers—and 740 square miles of land, equal to the size of two tennis courts. 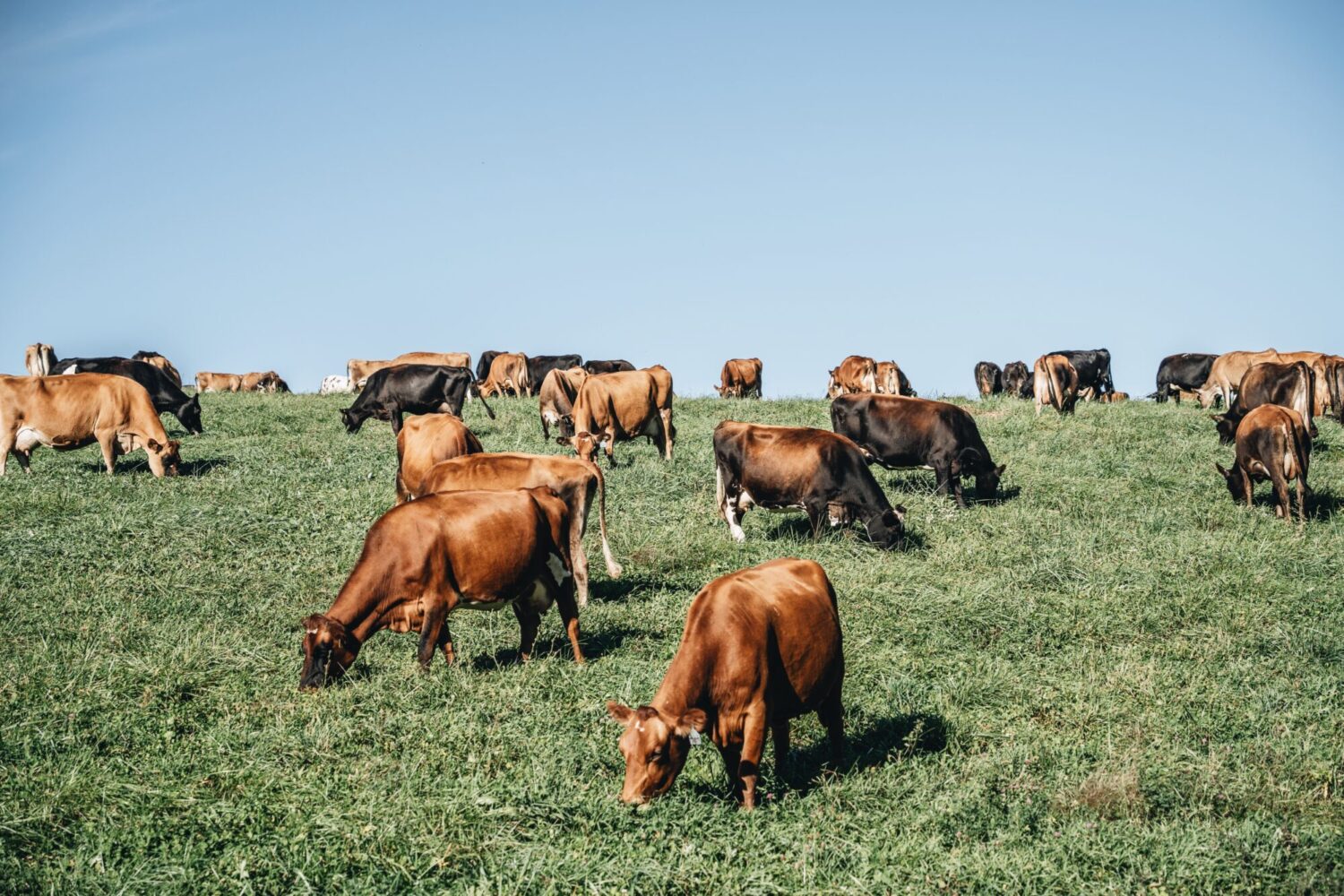 When it comes to land, eating beef that often uses 4,625 square miles of land. | iStock

The Environmental Impact of Beef

So, what about beef? If you were to eat a serving of beef, the equivalent of one fast-food burger, with the same frequency, it would add 1,611kg to your annual greenhouse gas emissions. This is the same as driving a car for 4,112 miles and heating a UK home for 255 days.

When it comes to land, eating beef that often uses 4,625 square miles of land, equal to the space of two tennis courts. As mentioned above, beef is also highly water-intensive. Twenty-six showers is a lot for just one burger. 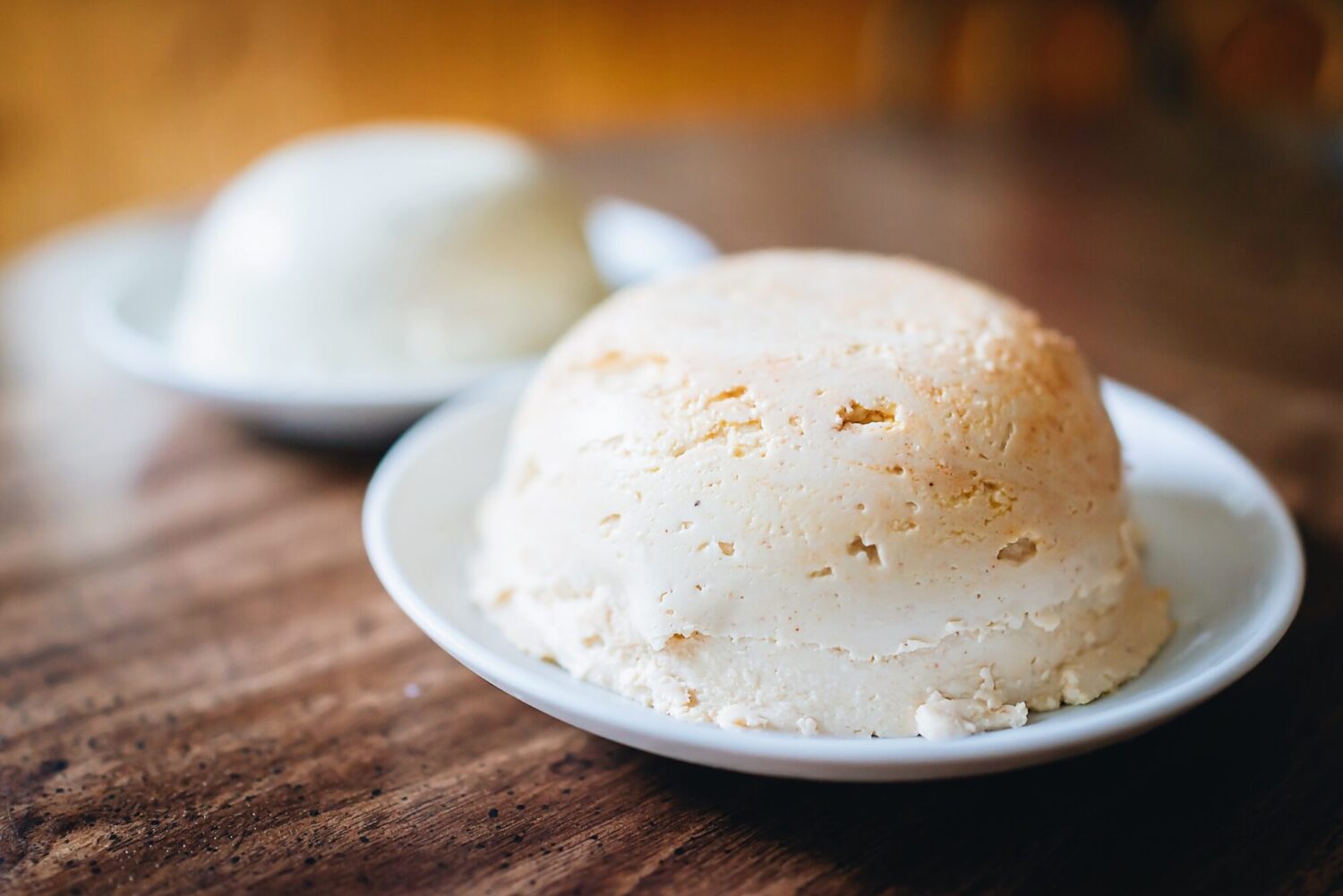 So, What’s Worse for the Planet? Beef or Cheese?

When it comes to environmental impact, beef is by far the worst offender compared to other proteins. But, that doesn’t mean that cheese—or any dairy product—is in the clear. According to the Oxford study, “tenth-percentile GHG emissions and land use of dairy beef are then 36 and 6 times greater than those of peas.”

Plus, dairy is still guilty when it comes to land and water use, as is all animal agriculture. Collectively, meat, aquaculture, eggs, and dairy use approximately 83 percent of the world’s farmland and emit 56 to 58 percent of food emissions. But, these animal products provide only 37 percent of our protein and 18 percent percent of our calories.

The reason why beef and cheese are so bad in terms of environmental impact is linked to their source: cattle. Enteric fermentation takes place in the digestive system of ruminant animals, such as cattle, sheep, goats, buffalo, and camels. These animals have a “fore-stomach,” also known as a rumen, where microbes break down the food and allow them to digest their food.

Cattle produce both methane and carbon dioxide, which also has damaging effects on the planet. In addition to this, dairy farming is a major source of nitrous oxide, a greenhouse gas with a global warming potential 265-298 times greater than carbon dioxide. Agriculture generates 4.5 million tonnes of nitrous oxide per year through livestock manure, fertilized soils, and run-off and leaching of fertilizers.

So, mozzarella, cheddar, pepper jack, American, and all cheeses made from cow’s milk have a substantial environmental impact. Does this mean that goat cheese is better for the planet? Not exactly. Studies on goat cheese are limited, but according to a 2018 study from New Zealand, choosing chèvre has about the same carbon footprint as cow’s milk cheese.

How to Eat Cheese Sustainably

What’s a climate-conscious cheese lover to do? Some experts say that changing the diet of dairy cattle could help. Dairy cows produce methane when they burp and the amount they belch comes down to their feed. Burger King announced last summer that it would add lemongrass to cattle feed, claiming it would reduce emissions by 33 percent. Researchers found that it’s more likely that this will reduce emissions by only three percent.

While changing how we feed cattle could be a solution to reducing methane emissions, it would require large-scale change implemented across industrial animal agriculture. If you’re looking to eat more sustainably, the Oxford study notes that a plant-based diet free from all animal products is the best way to reduce your environmental impact. But, if that feels too daunting, you can also start with as little as one plant-based meal a week.

Thankfully, vegan cheese has come a long way. (Did you know vegan cheese actually isn’t that new? The earliest records of dairy-free cheese date back to the 1500s in East Asia.) There are shreds that melt into gooey deliciousness on pizza and in pasta and cashew-based artisan cheese wheels made using traditional cheese-making methods. A few food technology companies are even developing dairy-free cheese made from vegan whey and casein proteins created through fermentation, which means that vegan cheese may soon achieve the same satisfying stretch as the conventional dairy version.

Whole Foods Market happens to have more than 80 types of vegan cheese. See here for even more vegan cheese brands.