Is chocolate vegan? Chocolate is beloved by many. Historians have estimated that humans have been eating it for around 2,000 years. But, recent research shows that chocolate consumption may even go back as far as three or four millennia.

Chocolate bars are a recent invention. Cocoa was actually consumed as a beverage for the majority of its history. The ancient Mayans and Aztecs drank it for sacred rituals of birth, marriage, and death. Milk chocolate didn’t become widespread until the 19th century. Today, it’s the most popular form of chocolate—but vegan chocolate is on the rise, too.

We love chocolate, but what is it made from? The process starts with the cocoa tree. First, farmers—primarily in West Africa and Latin America—harvest cocoa beans from between October and December.

Then, the beans are placed between layers of banana leaves for six days to drain the wool-like pulp before being sun-dried and sent to a factory for processing. There, the beans are fermented and roasted. but not always—some companies make chocolate bars from unroasted cocoa.

After that, they are broken down into small called cacao nibs, which contain cocoa butter. The nibs are ground down into cocoa liquor and separated from the fatty part, called cocoa butter.

The cacao nibs are further refined into cocoa solids, which are mixed with varying levels of sugar and milk (traditionally), depending on the type of bar being made. After the nibs are removed, the cocoa bean is ground into cocoa powder that is used for baking or drinks. 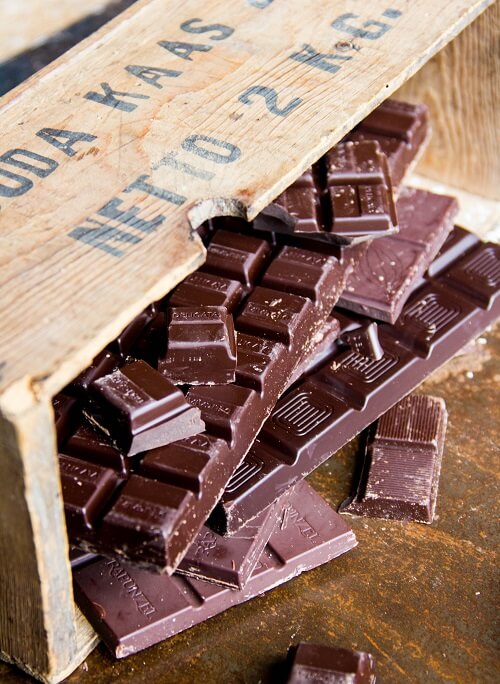 Does chocolate need milk in it?

Why Does Some Chocolate Have Milk In It?

Milk and milk powder are added to chocolate to give it a sweeter, creamier, and more mellow flavor than dark chocolate. A high cacao content also makes chocolate more brittle, so milk chocolate is softer in comparison.

The Health Benefits of Chocolate

Eating a square or two of dark chocolate a day comes with some added health benefits. Dark chocolate contains flavanols, a naturally-occurring compound that may help protect the heart against cardiovascular disease, according to the Harvard T.H. Chan School of Public Health. Flavanols are also known to lower blood pressure. Short-term studies have revealed that flavanols in chocolate can increase insulin sensitivity, meaning they may reduce the risk of diabetes in the long run. 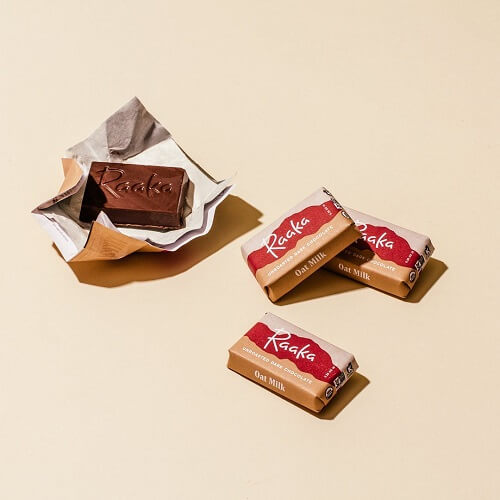 Does Vegan Chocolate Taste the Same?

The short answer is, no, if you’re thinking of classic milk chocolate bars like Hershey or Cadbury, then vegan chocolate doesn’t taste exactly the same.

But, dairy milk isn’t necessary in chocolate. Several of the brands below have achieved a creamy texture using dairy-free options including coconut milk, cashew milk, oat milk, and even hazelnut butter.

Some food-tech companies are working on creating dairy-free milk proteins that brands could use to make products, so we might have “true” vegan milk chocolate someday. Until then, here are nine vegan chocolate bars to try. 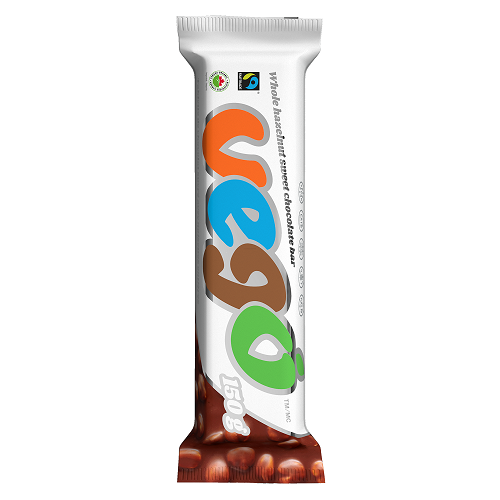 Even better—the Vego bar is fairtrade.

Germany-based brand Vego says that it’s made “probably the tastiest chocolate bar in the world.” Fairtrade cocoa is blended with fine Italian hazelnut paste, hazelnut cocoa cream, and whole hazelnuts. It has an unrivaled creamy and crunchy texture that’s similar to milk chocolate. Plus, it comes in mini sizes, too. 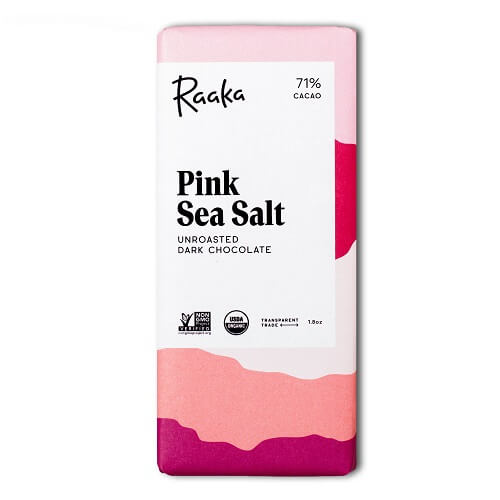 Based out of Brooklyn, Raaka crafts its chocolate using cacao purchased directly from cooperatives and organizations that focus on sustainability, field support, market access, and premium prices for farmers. Flavors range from the dairy-free Oat Milk and Coconut Milk bars to the subtle Pink Sea Salt dark chocolate bar. All of these come in one gift set, so you don’t have to choose. 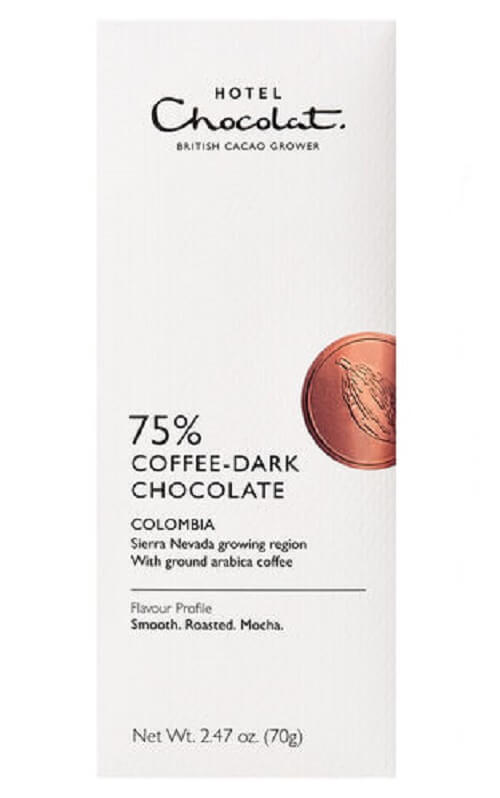 Luxury British chocolatier Hotel Chocolat has a number of vegan options, including the 75% Coffee-Dark Chocolate Bar and its 45% Nutmilk Chocolate Batons. The company believes in using ethically sourced cocoa from ghana and Saint Lucia. 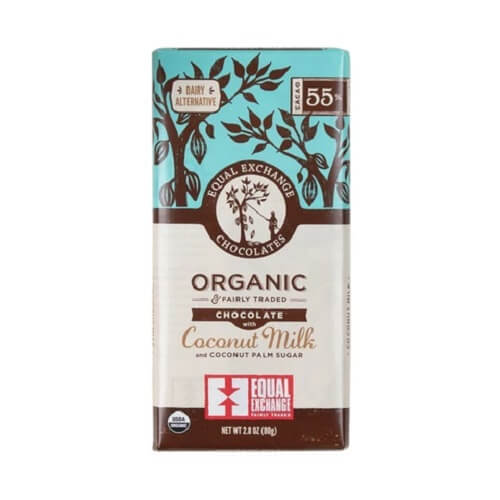 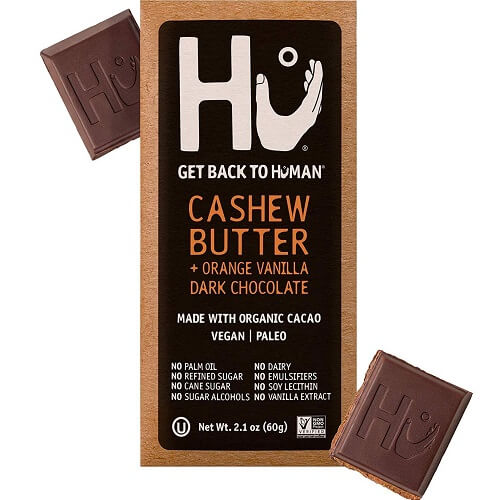 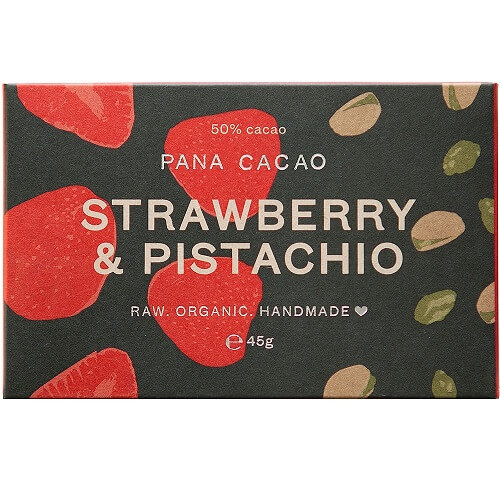 Raw cacao meets crunchy pistachio pieces and strawberry in this royal fruit and nut combo from Pana Chocolate. It’s sweet and jammy, with a bit of tartness. All Pana Chocolate is vegan and free from soy and preservatives. 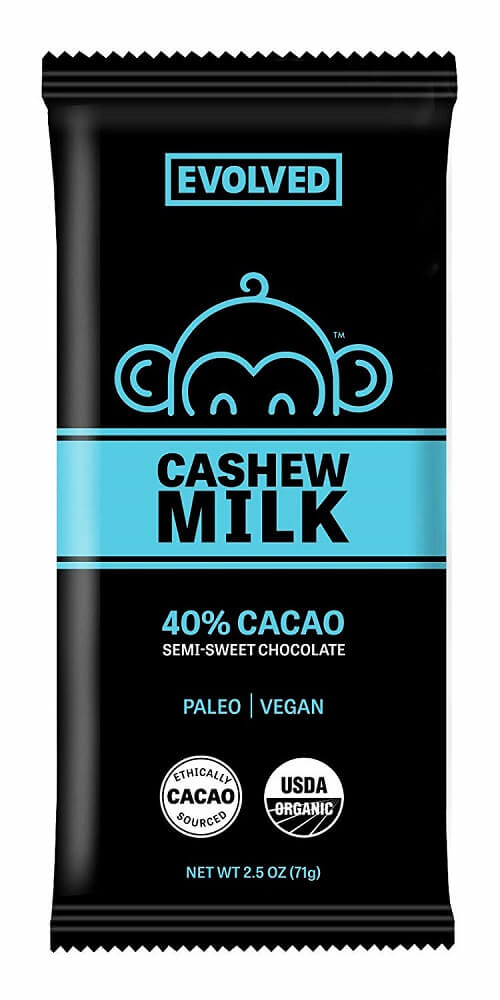 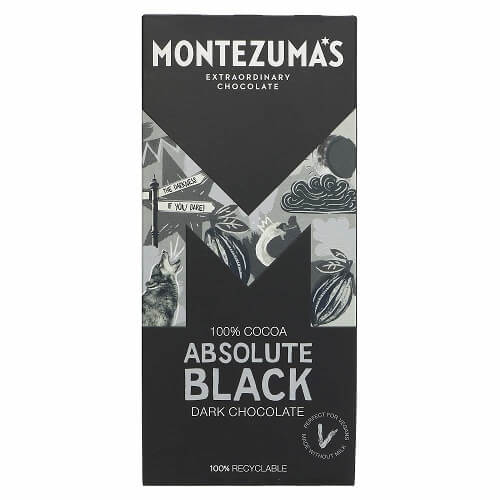 If no chocolate is truly dark enough then this vegan Absolute Black bar from British brand Montezuma’s is your guy. This 100 percent cocoa bar has a bitter flavor beloved by dark chocolate fans. It is also free from soy and preservatives. 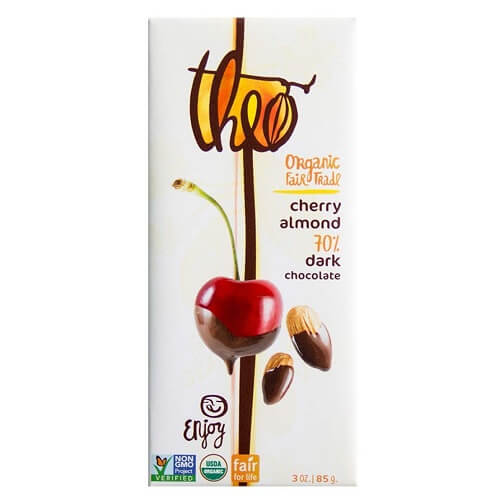 A perfect blend of chocolate, cherry, and almond.

Smooth dark chocolate meets chewy cherry pieces and crunchy almonds in this satisfying vegan chocolate bar from Theo. It pairs perfectly with a cup of tea at the end of a long day.