Coca-Cola is loved all over the world. According to the soda company, more than 1.9 billion of its drinks are served in more than 200 countries every single day. This includes its signature original Coca-Cola Classic soft drink, as well as Diet Coke, Coca-Cola Zero, Fanta, Sprite, the list goes on. But is coke—as in the traditional fizzy brown liquid we know and love—vegan?

According to Coca-Cola itself, it is. A statement on its website reads, “the vast majority of our drinks, including Coca-Cola, are suitable for vegetarians and vegans as they do not contain any animal derivatives.” However, drinks like Lilt, Lilt Zero, Honest Lemon and Honey, and Schweppes Orange Squash contain animal ingredients.

“This is because a few of our drinks do contain small traces of fish gelatine,” says the company. It notes the gelatine is used as a stabilizer for the beta-carotene color.

Honest Lemon and Honey, as the name suggests, includes honey, and beverages like Glaceau Vitaminwater Zero Sunshine and Multi V can contain vitamin D sourced from lanolin in sheep’s wool. 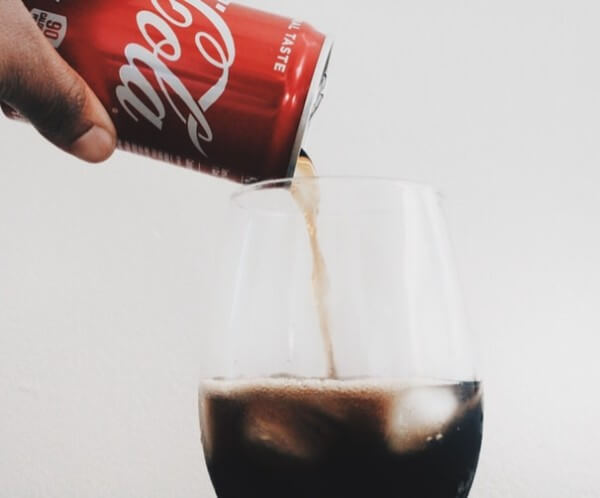 Coca-Cola used to include cocaine.

What Is In Coke?

Invented by John Stith Pemberton in the 1880s, the first two key ingredients of coke were cocaine and caffeine. The former was derived from the coca leaf, the latter from the kola (or “cola”) nut, hence the name Coca-Cola. Back then, cocaine was considered more of a medicine than a drug, but as our understanding has changed, so has the recipe for Coke.

Now, Coca-Cola still makes its iconic drink with coca leaves, but they aren’t fresh. Instead, “spent” coca leaves are used, which have the cocaine extracted, notes Technology Org.

The ingredients of Coca-Cola Classic now include carbonated water, caramel color, phosphoric acid, caffeine, natural flavorings (the most “protected and secret” part of the formula, according to Coca-Cola), and, of course, sugar.

In a standard 12 oz can of Coca-Cola Classic, there are 39 grams of sugar. What kind of sugar is used depends on where the drink is sold. It notes on its website, “depending on where you are in the world, we’ll either use sugar or high fructose corn syrup (HFCS) to sweeten our drinks.”

It adds, “we generally use HFCS in places where corn is more widely available. In places where sugarcane or sugar beet is more available, we’ll use those instead.”

HFCS, derived from corn starch, is vegan. According to Healthline, “high-fructose corn syrup is a sweetener made from corn starch. It has a similar chemical composition and effect on the body as table sugar. HFCS is commonly used because it’s very cheap, particularly in the US.”

Sugar beet is also vegan, because—unlike sugarcane—bone char is not used to process it. Some companies use bone char to filter and bleach sugar from sugarcane.

Per the Huffington Post, “to make bone char, animal bones are heated at incredibly high temperatures and are reduced to carbon before being used in a refinery. The sugar does not actually contain bone char particles, but it does come into contact with them.”

But this isn’t the case everywhere. Other companies use granular carbon in the filtering process. It’s incredibly difficult to tell the difference between the two as they look and taste exactly the same. Many packaged foods don’t say where their sugar has come from and tracing the source is an incredibly time-consuming task.

When it comes to sugar, it’s important to remember the definition of veganism, which seeks to exclude animal products as “far as is possible and practical.” 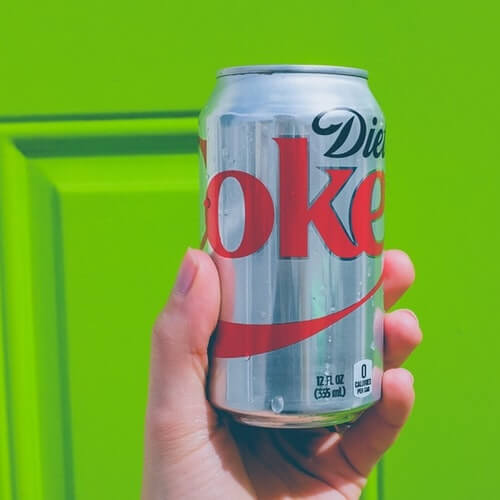 Whichever you choose, both are still super sweet, and that’s due to the artificial sweeteners used. Both contain aspartame; an artificial non-saccharide sweetener. It doesn’t include any animal ingredients, but aspartame has been widely tested on animals. According to Science Direct, “the safety of aspartame has been extensively tested in animal and human studies. Undoubtedly, it is the most thoroughly studied of the high-intensity sweeteners.”

Coca-Cola also uses Acesulfame-K. According to Cruelty Free Reviews, the calorie-free sugar substitute has been independently tested on animals in the past. However, these tests were “not done by producers of or manufacturers of the product, nor paid for by those companies.”

Does Coca-Cola Test On Animals?

In 2007, PETA revealed that Coca-Cola had stopped testing on animals. In a letter provided by the animal rights organization, the company stated, “the Coca-Cola company does not conduct animal tests and does not directly fund animal tests on its beverages.”

It added, “we are sending letters to our partners and research organizations who may conduct safety evaluations on ingredients insisting they use alternatives to animal testing.”
In 2019, Ingredion Incorporated—one of Coca-Cola’s biggest corn syrup suppliers—stopped testing on animals. 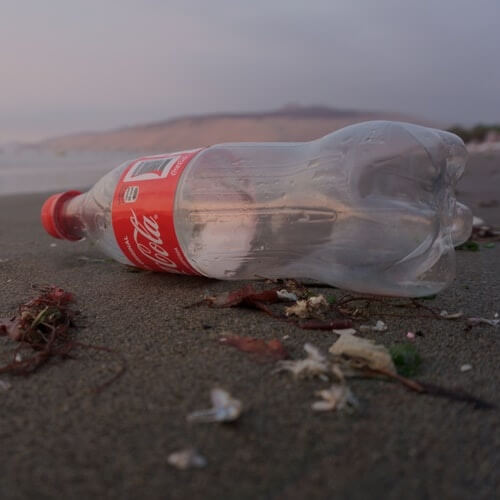 Coca-Cola itself may be considered vegan, but its excessive use of plastic is harming the planet. In 2019, the drinks company admitted it produced three million tonnes of plastic waste in 2017. That’s about 200,000 plastic bottles every minute.

Plastic waste makes its way into oceans, waterways, and landfills where it takes hundreds of years to biodegrade. Every single piece of plastic ever produced still exists. It’s a massive threat to wildlife; plastic ingestion and entanglement result in around 100 million animal deaths every year.

It won’t stop using plastic bottles simply because consumers still want them. “Business won’t be in business if we don’t accommodate consumers,” Bea Perez—the company’s senior vice president and communications and sustainability officer—said to the BBC.

They added, “so as we change our bottling infrastructure, move into recycling and innovate, we also have to show the consumer what the opportunities are. They will change with us.”