How can people claim to love animals, but eat them? If you’re a passionate animal advocate, I’m sure this is something you’ve asked yourself many times.

This apparent disparity is known as “cognitive dissonance.” This means having inconsistent thoughts and attitudes, especially relating to decision making, which can lead to discomfort and even irrational behavior. We are human and want our world to be consistent.

In the context of effective animal advocacy, having an understanding of the psychology of animal product consumption is crucial for designing strategies to convincing the public to consume fewer animal products.

In Dr. Melanie Joy’s book “Why We Love Dogs, Eat Pigs“ she discusses the meat paradox and “carnism,” the belief system that allows society to eat and use the products of certain animals but not others.

It is because of carnism that we can pat our dogs while eating pigs and wearing cows. From birth, this belief system is taught through both culture and those around us. Examples include signs in supermarkets that say “real men eat meat” and radio advertisements that say “it was made with real milk, not milk from plants.”

Cognitive dissonance in the context of eating animals despite both expressing concern for their wellbeing and being aware that their production results in animal suffering is often called the “meat paradox.”

Meat-eaters are able to alleviate this cognitive dissonance in a number of ways. They might decide that the best option is to align their actions with their values and move towards a vegan lifestyle.

To an extent, the cognitive dissonance can be alleviated by perceiving “food animals” as being less capable of experiencing suffering than humans or other animals, or by making other changes to beliefs. They might instead ignore or discredit the evidence, possibly even subconsciously.

In a 2010 study published in the journal Appetite, researchers gave participants either beef or nuts to consume. Participants who had beef believed cows to be less capable of suffering than the group given nuts.

This effect also seems to apply “in reverse.” In a 2011 study, researchers told participants to expect either meat or fruit before they came to the lab. Those anticipating meat believed that cows and lambs had weaker minds than those anticipating fruit. Other studies seem to support this effect. This may suggest that the outreach strategy of approaching people in non-vegan restaurants might be less effective than expected.

A 2016 study published in the Personality and Social Psychology Review suggest that attempts to reduce prejudice towards animals have mixed success. Individuals resolve feelings of discomfort when their identities are being threatened. And, such attempts may even reinforce negative attitudes.

To explain why it is difficult to change future behavior as a result of past behavior (e.g. meat consumption), it can be useful to think about the concept of “forced compliance behavior.”

In 1959, researchers had students participate in boring menial tasks for an hour. They paid students either $1 or $20 to tell people that the tasks were actually fun. Participants who were paid $20 said the tasks were less fun than those paid $1. Festinger and Carlsmith suggested that this is because $1 was an insufficient reward. So, they had to tell themselves they had more fun than they did to make it worthwhile.

It is possible to apply this motivated post-reasoning to meat consumption. People don’t want to admit that they’ve been doing something wrong for their entire life, and so they convince themselves that it’s fine by coming up with reasons such as “meat is natural, normal and necessary” (three of the most common justifications for eating meat), or “animals in farms are treated well.”

How to Break Down Cognitive Dissonance

Unfortunately, the literature on how to overcome cognitive dissonance, in general, is sparse, both for helping others and oneself. It is interesting to note that some aspects of an individuals’ personality, such as extraversion, can reduce both the feeling of discomfort from cognitive dissonance and the likelihood of someone to change their mind.

One study found that factors such as the meat being processed or the animal looking less like its original form can help to reduce the empathy people have towards them.

The words used to describe food and farming processes also appear to affect the degree of empathy and disgust. For example, using “harvesting” instead of “killing or slaughtering” reduces empathy. As does using “beef” or “pork” instead of “cow” or “pig.”

While this doesn’t appear to have been directly studied, it seems reasonable to believe that using words such as “pig,” “cow” and “slaughtered” instead of “pork,” “beef,” and “harvested” can help reduce cognitive dissonance.

In 2014, Rothgerber found that the presence of a vegetarian can lead to someone feeling “scrutinized” while eating meat, reminding them of their discomfort. Another study found that less moral status was given to animals that are labeled as “food.”

Understanding cognitive dissonance helps us to be more understanding of the behavior of other people. It shifts the focus away from blaming to helping. Humans are at the mercy of their genetics, upbringing and psychological quirks and biases.

Most people who eschew animal products for ethical reasons (read vegans) have not done so since birth. Though, they rarely blame themselves for their past actions. In the same way, we should not blame people for eating meat. Instead, we should seek to find the most effective ways to change their behavior.

In this literature review, Jesse Clifton, Jacy Reese, and I (Michael Dello-Iacovo) summarized the literature relevant to effectively alleviating animal suffering. We go into more detail about the psychology of meat-eating, targeting for outreach, and other important points of consideration.

Unfortunately, a large volume of published psychological research is not reproducible. To use the literature outlined here to inform large scale studies would require careful testing of their applicability to outreach.

Michael is a PhD candidate at the University of New South Wales (currently interning at the Jet Propulsion Laboratory), working on asteroid exploration, deflection and mining, and space ethics. He is the host of the Morality is Hard podcast and blogs about science and ethics on his website. He was previously the CEO of Effective Altruism Australia, co-founder and President of The Life You Can Save Adelaide, and a geophysicist in the resources industry. 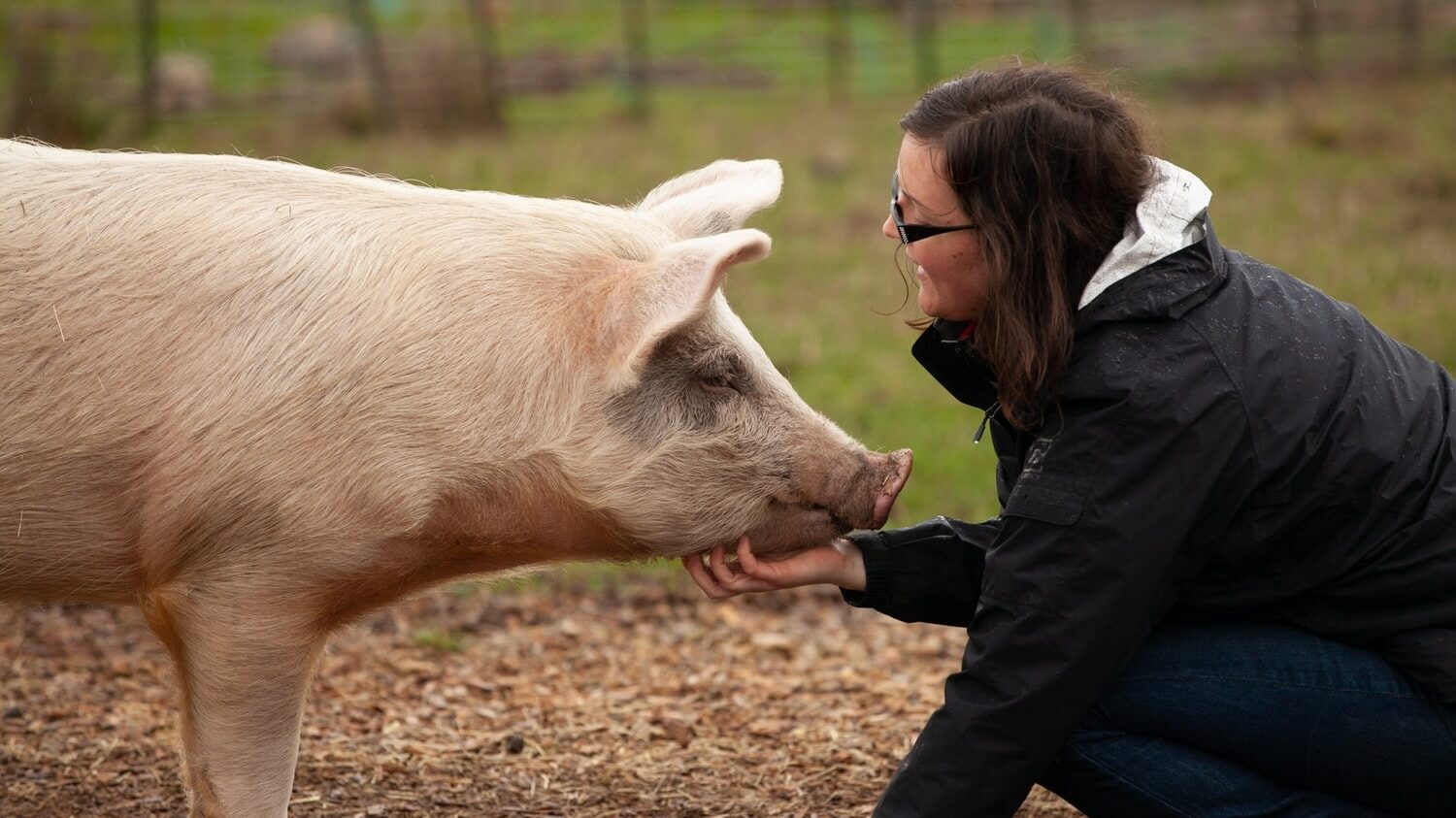 Article Name
Is It Possible To Be an Animal Lover and Eat Meat?
Description
How can meat-eaters claim to love animals, but eat them? If you’re a passionate animal advocate or vegan, I’m sure this is something you’ve asked yourself.
Author
LIVEKINDLY
Publisher Name
LIVEKINDLY
Publisher Logo