LIVEKINDLY
Home Food & Health Is There Really Such Thing as an Ethical Chicken McNugget? 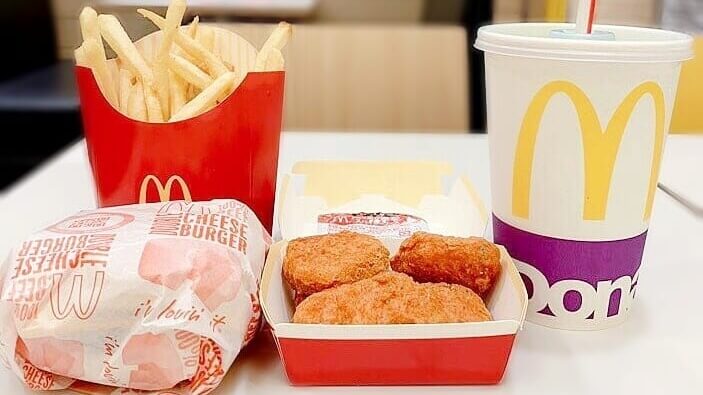 There are times when we need to take a stand, together, and take a hardline approach to living kindly. That time is now. One of the largest campaigns in the history of animal welfare is being waged right now on the streets, on laptops, and in boardrooms. The target? One you know well. The potential outcome? Earth-shaking, long-lasting, meaningful change that will impact close to 350 million chickens.

You may recognize the target. Perhaps, by its painfully recognizable red-and-yellow color scheme? Or, how about its famous yellow arches, or scary clown mascot? You may have guessed it. The company in question is McDonald’s. And the ask is monumental: reducing the widespread suffering of chickens by creating a meaningful animal welfare policy.

McDonald’s has a history of claiming to care about the welfare of farm animals. They even say they have a “zero tolerance animal cruelty policy.” Yet, actions speak louder than words, and their actions are painfully hollow. We are calling on McDonald’s to enact changes that will positively impact the chickens raised for meat in its supply chain, including the cruel and unnatural growth of these chickens and the deplorable living conditions they are forced to live in.

In the United States, 88 percent of farm animals are chickens. This means the overwhelming majority of all animals raised and killed each year in the US are chickens raised for meat. McDonald’s is a leader, by sheer size, in the fast food sector. And, it’s a leading consumer of chickens—close to 350 million. So what they do (or don’t do) matters a lot. Its actions help shape the industry and the conditions chickens face on factory farms.

That’s why we’re not stopping until McDonald’s delivers a meaningful policy. We have taken this battle to the streets through countless peaceful protests, including a recent one in LA that welcomed close to 300 participants. We have taken to social media— relentlessly engaging with McDonald’s on Facebook, Twitter, and Instagram, asking the company and its employees, starting with its CEO Steve Easterbrook, to take animal welfare seriously. We’ve been showing how McDonald’s claims to care about animal welfare, but falls short of the finish line by a long mile. We’ve even met with companies who partner with McDonald’s to make them aware of the cruelty they’re partaking in through their partnership. This is just a small snapshot of the actions we’ve taken, made possible because of people like you.

The donations from hundreds of generous individuals and the work of volunteers have been the lifeblood of this campaign.

This #ImNotLovinIt fight has truly just begun. McDonald’s has only experienced its first bite of our collective campaigning work and essential fight for the chickens who need us. Because each and every one of them matter. And, so do you. Will you join us in this fight #ForTheAnimals? Take action with us: ImNotLovinIt.com or make a donation to fund this critical campaign. Thank you.