No meat is allowed at Amirim, a small vegetarian and vegan village located 600 meters above sea level in northern Israel.

Amirim was founded in 1958 by a small group of vegans, vegetarians, and those in pursuit of a healthy lifestyle. Among them were some Branch Davidians, a sect of Seventh-day Adventists, a Christian faith where many followers adhere to a vegetarian diet, led by co-presidents Benjamin and Lois Roden.

A group of North African immigrants had attempted to settle the land earlier in the decade, but abandoned the idea after running into difficulties. The first residents of Amirim set up tents, started gardens, and eventually, attracted more people and grew to what it is today — a vegetarian and vegan village of more than 800 residents. 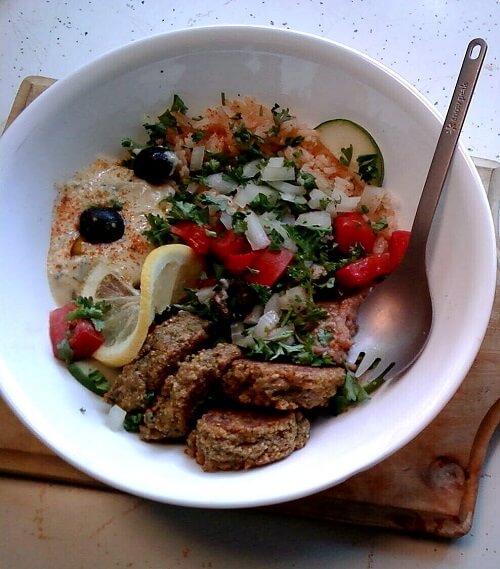 “It began with love for animals and caring about their right to live,” Dr. Ohn-Bar, who runs a guesthouse in the village with her husband, explained in a 2013 interview with Our Compass. She also holds a PhD in natural health sciences and a masters degree in educational psychology.

“And then the health reasons began to be in focus, and people who had healed themselves from deadly diseases through a vegetarian diet, looked for a place to raise their children this way, and joined the village,” she continued, adding that growing awareness of animal agriculture’s effects on global warming is also attracting attention to Amirim.

Amirim is a small tourist destination. There are wooded hikes in the Galilee forest, restaurants, live music, spas, tours, and spiritual workshops. Most of the village is secular, though some residents are religious. The village also has scenic views of the hilly forest.

“The Earth is of paramount importance to us, and environmental preservation is ever-present in our concerns, which include vegetarianism / veganism, insulated and shaded building of all our wooden cabins, wood suites and guest units,” states the website.

Even the majority of windows and doors were built to face the air stream to capture summer breezes and save on energy that might be used for air conditioning. All produce is organically grown.