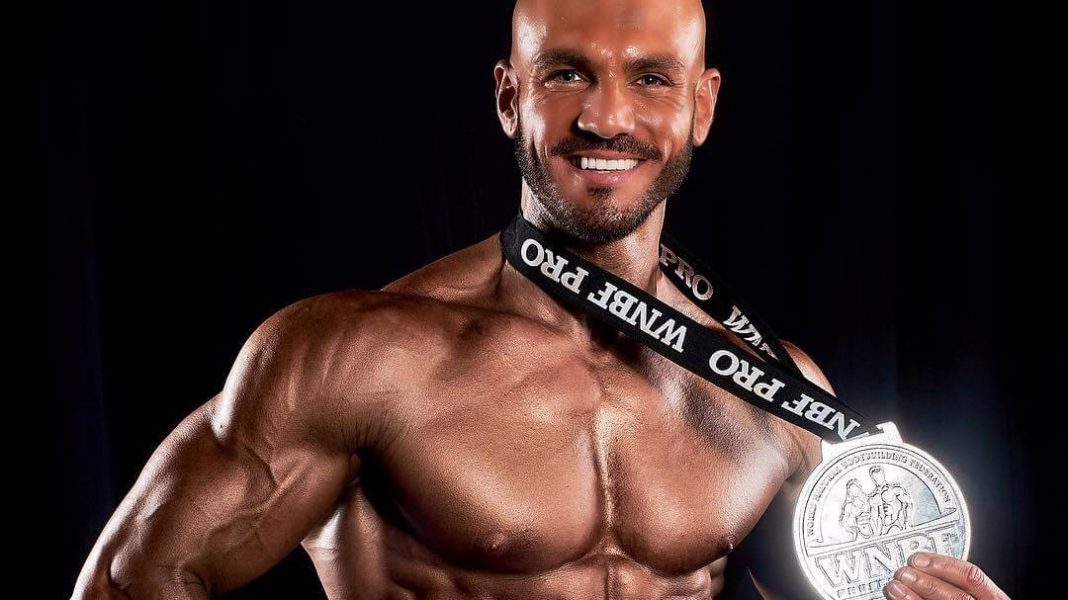 Italian bodybuilder Massimo Brunaccioni went vegan for the animals – and he hasn’t looked back.

After welcoming his golden retriever Luce into his life, 33-year-old Brunaccioni made the connection between the food on his plate and the animals he has always loved.

“I began to see his eyes in all those animals that I ate without thinking about it. The eyes of Luce were the eyes of cows, calves, rabbits, and lambs that were sacrificed for our desires in every part of the world,” he told Albawaba.

Before going vegan, Brunaccioni subsisted on a diet of vegetables, white meat, and fish, but he regularly felt low on energy and would injure himself easily while training.

The Cavaria resident exercises six days a week and maintains his physique with a diet of five meals a day, which can range between 3,500 calories a day to 2,200 calories when he’s preparing for a show. The food he eats is varied: vegan pancakes for breakfast, protein shakes, jam and dairy-free yogurt, or fruit for a snack, and high-protein lunches and dinners of mixed grains, tempeh and tofu, and vegetables.

He regularly competes in international bodybuilding tournaments. He placed second at the 2018 World Natural Bodybuilding Federation (WNBF) competition, first in the INBF Natural USA (the amateur division of WNBF) in 2017 and 2018, and placed second at this year’s WNBF, a win that Brunaccioni called a “dream” in a recent Instagram post.

“No one can say that vegans cannot excel in bodybuilding,” the plant-based athlete wrote. “There are still some who consider it inferior and talk about superior protein, not realising that the world (and science) are moving forward. But I am confident that maybe, in a bit of time, these people will also lift the anchor of those stupid myths and preconceptions like myself, seven years ago.”

Brunaccioni has some detractors; many can’t believe that he can maintain his physique on a vegan diet and accuse him of using steroids to build muscle. But as a natural bodybuilding competitor, the Italian athlete is regularly tested for drugs. Other athletes look up to him and reach out for advice on going vegan.

His wife, Eleonora Ambroggi, is also an award-winning vegan bodybuilder. She placed first in her category at this year’s WNBF, a victory that she also considers a dream come true.

Beyond improvements to his physique, Brunaccioni believes that his vegan lifestyle has helped him become a more compassionate person. “I feel much better even on a spiritual level. I get more excited than before and I always try to commit myself to helping other causes, such as animals or people in need,” he said.