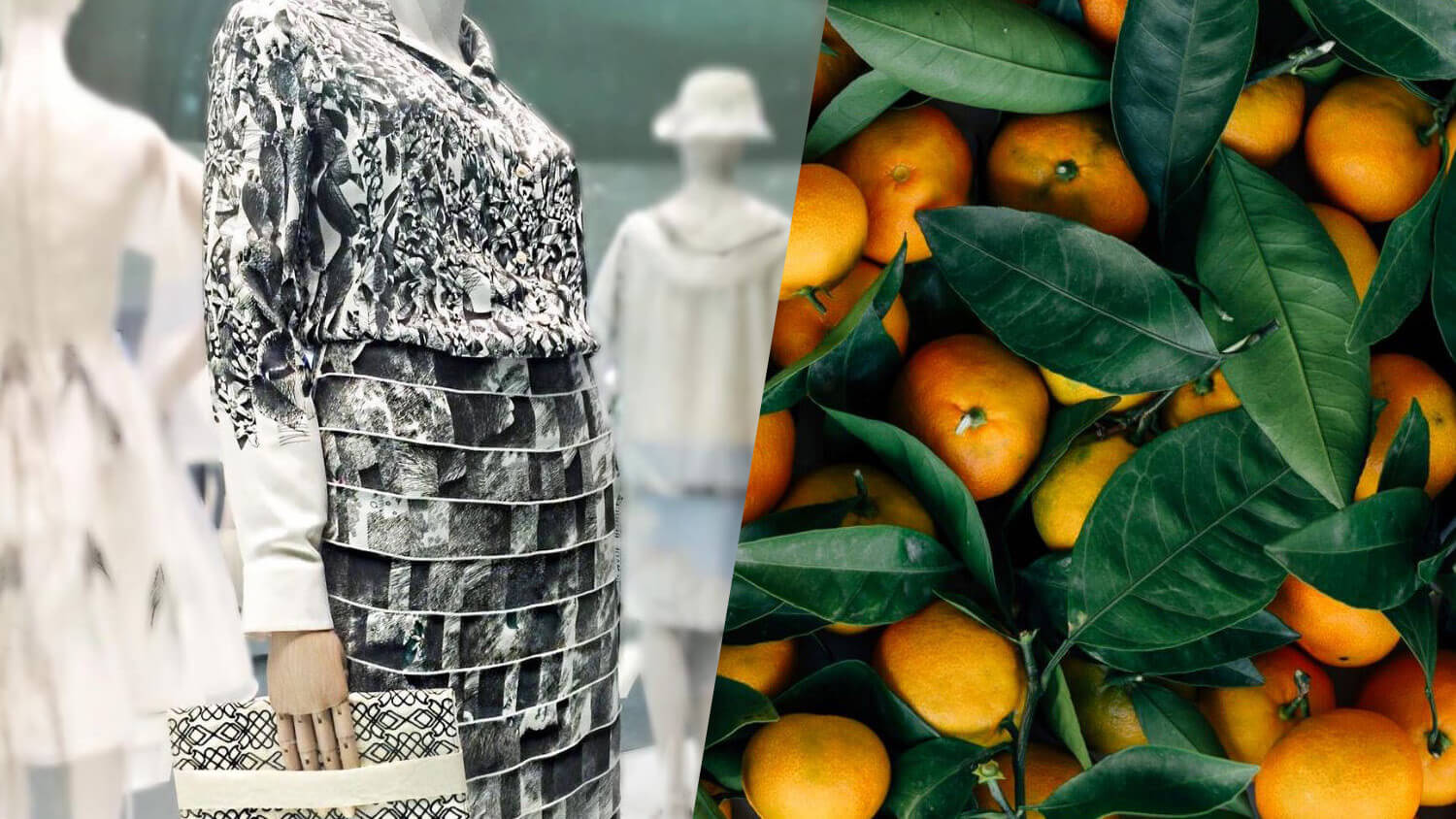 The Future of Fashion Conference took place earlier this month in Los Angeles, showcasing new, innovative, sustainable, ethical, and animal-free textiles that may shape the future of fashion in the years to come. The conference is part of a new initiative launched by LA Textile, a major trade show that takes place on the west coast each year.

The event highlighted a number of brands creating cutting-edge animal-free alternatives to leather and other animal-based textiles including Orange Fiber, an Italian brand that makes silk from citrus fruit. The company was co-founded in 2014 by Adriana Santanicito, who acts as CEO and leads design and product development, and CMO Enrica Arena, who is in charge of communication, fundraising, and marketing.

??? Every journey starts with a single step. Start now. Start where you are with what you have. Just start! ??? Join now our journey through sustainable fashion at www.orangefiber.it #restartfashion together #saveplanet #worldenvironmentday #WithNature

According to the brand, Orange Fiber makes sustainable citrus-fruit based silk from the by-products of the juice industry, saving “hundreds of thousands of tons” of scraps that would likely end up in a landfill. The company claims to make the “world’s first sustainable citrus fabric” and envisions its product being used to make luxury fashion.

Like the real thing, Orange Fiber’s lightweight vegan silk can be dyed or printed on, opaque or shiny, and can be used with other materials, like cotton. “We’re proud to have identified and developed a tremendous opportunity for the application of industrial ecology, allowing us to reduce waste as well as pollution by transforming citrus juice byproducts into a new and sustainable product,” states the brand.

In addition to upcycling materials that would otherwise be thrown away, Orange Fiber is also sparing silkworms from cruelty. The traditional silk-making process involves boiling silkworms while they are dormant in their cocoons, cutting their lives short in the name of fashion.

This is #FerragamoOrangeFiber collection, the exclusive capsule created with our fabrics from citrus juice by-product by @ferragamo. Sustainability and Italian excellence blend together to celebrate and spread the message of #EarthDay: take care of our beloved planet.

Only a handful of companies have come up with their own version of silk that leaves living creatures out of the equation. Silicon Valley-based startup Bolt Threads makes a material called MicroSilk from yeast that’s been bioengineered to replicate spider silk. In October 2017, British designer Stella McCartney showcased a dress made entirely from the cruelty-free silk at a Museum of Modern Arts exhibit in New York City. Ahimsa silk, or silk made from the cocoons of silkworms who have been allowed to complete metamorphosis, is considered a “humane” alternative, however, the worms are still commercially bred for profit.

Orange Fiber has been recognized for its sustainable mission and innovation a number of times. In 2016, the brand won a Global Change Award, presented by the H&M Foundation, a nonprofit that works on a global scale to improve living conditions for people through innovation. Last March, Orange Fiber was one of 15 brands selected for the Good-Plug and Play Accelerator, granting it access to mentorships from major companies like Adidas, C&A, Galeries Lafayette, Kering, Target, and Zalando.