Henry Firth and Ian Theasby — cookery book authors and the founders of recipe site BOSH! — will host the new show called “Living on the Veg.” The 10-part series is produced by Rock Oyster Media.

Many already know Firth and Theasby for their plant-based YouTube recipe videos, which the show will expand upon.

Through “Living on the Veg,” viewers will see just how tasty, simple, and quick plant-based cooking is, says a press release.

Every Sunday morning, new guests will join Firth and Theasby. They will create a range of dishes, including breakfasts, lunches, dinners, desserts, and healthy snacks. 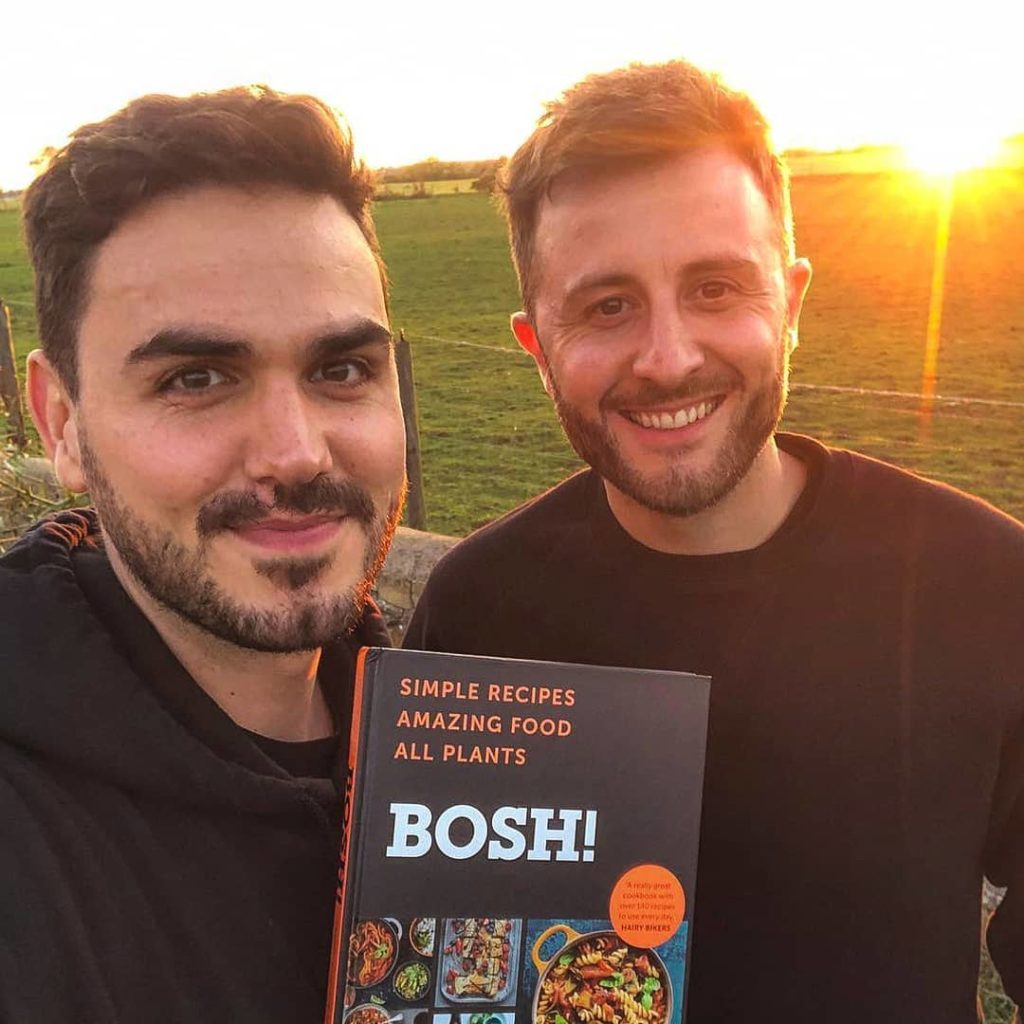 Henry Firth and Ian Theasby will show viewers how easy vegan cooking can be.

Lara Akeju — commissioning editor for daytime entertainment at ITV — believes the new programme is in tune with public demand. She said in a statement, “with so many of us resolving to eat less meat, it’s the perfect time to bring Ian and Henry’s unique take on vegan food to our viewers.”

More and more Brits are ditching meat in favor of plant-based food. According to a survey by supermarket chain Sainsbury’s from earlier this year, up to 91 percent of the population now identifies as flexitarian. Health, the climate crisis, and animal welfare are motivating factors.

Executive producer for Rock Oyster Media Michael Connock said, “with the subject of diet taking such a prominent place in the climate change debate, it seems timely and relevant to be producing a programme about plant-based food.”

Animal agriculture is responsible for a multitude of environmental issues, including high levels of greenhouse gas emissions and deforestation. Last year, the biggest-ever food production analysis concluded that the single biggest thing a person can do to reduce their impact on the environment is to go vegan.

Theasby and Firth want to inject some fun into going plant-based. “We are beyond excited to be sharing even more vegan recipes with the world,” they said in a statement. “[We want to] show people just how easy and delicious plant-based cooking can be.”