Actor Jack Black is off red meat. The “Jumanji” star says he has given up meat and switched to veggie burgers in order to “limit catastrophic climate change.”

The actor and musician made the announcement in a video shared to Twitter Thursday, using the trending hashtag #myecoresolution.

“#MyEcoResolution is to stop eating red meat! I’m still going to eat a cheeseburger, but it’s going to be one of those new scientifically delicious veggie burgers. You know, the Impossible, the Beyond,” Black said in the video. “I’m doing this to help limit catastrophic climate change and to support my mental health. What pledge will you take for our planet?”

#MyEcoResolution is to stop eating red meat! I’m doing this to help limit catastrophic climate change and to support my mental health. What pledge will you take for our planet? @MyEcoResolution pic.twitter.com/GdAgP3NTgV

Late last year Black spoke out about climate change, urging his fans to shift away from red meat for the planet, saying “everyone” should go vegan. “I am [vegan] in spirit, and really it’s time for everyone to consider that lifestyle.” Black said. “I found out that vegans are better for the environment. Why? Cow farts.”

In December Black praised the modern vegan burgers, including the Impossible Burger. “Lately, they’ve been getting the technology right. The Impossible Burger, bro. Delish. I don’t even know if it’s good for you, it’s just straight-up delish.”

A growing number of celebrities are shifting away from meat for the planet. Academy Award winner Leonardo DiCaprio urged his fans last year to reduce their red meat consumption for the health of the Amazon rainforest.

“The meat and dairy industry is the third leading cause of climate change and I think sometimes we wonder what can we do in this fight against climate change,” Phoenix said.

“And there’s something you can do today, right now, and tomorrow by making a choice about what you consume.”

Black is also not alone in his commitment to limit meat consumption for health reasons. Filmmaker Kevin Smith, talk show host Steve Harvey, and magician Penn Jillette have all given up meat to improve their health. 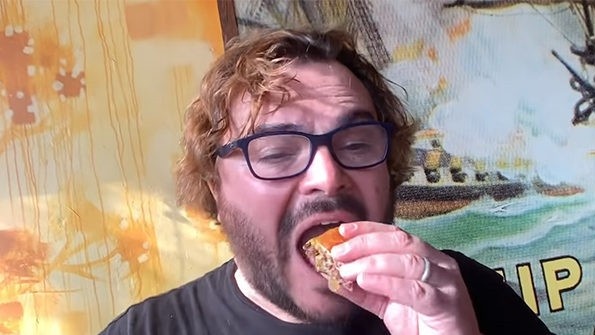