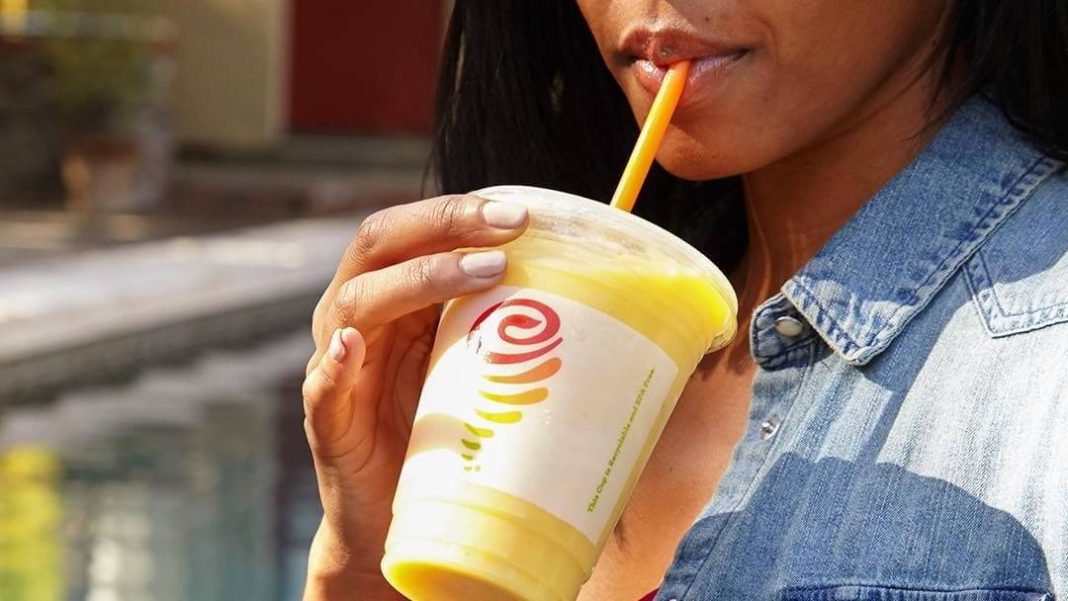 Jamba Juice, which launched in 1990, helped to create the demand for healthier food and drinks, but that designation has evolved significantly since the 1990s while Jamba Juice’s menu has not.

These days it’s relegated more to being the least unhealthy option at airport and shopping mall food courts than it is a local destination hot-spot for truly healthy food. The chain’s popularity has been largely surpassed by the rise of local juice shops and healthy food options at mainstream restaurants as the rising Millennial and Gen Z demand for cleaner food is driving the industry’s shift.

It’s fall. The leaves turn, the nights get longer and sweets are everywhere. Take a break from autumn indulging. Try a refreshing green smoothie like an Apple ‘n Greens™ Smoothie with antioxidants Vitamin A and Vitamin C.

But that may soon change. During last week’s Fortune’s Most Powerful Women Next Gen Summit in Laguna Niguel, Calif., Cole spoke about the smoothie chain’s plans for its nearly 900 locations.

According to Cole, Jamba Juice will be evolving its menu to become “an even healthier place,”  which will include more greens and “less sweet.”

In addition to toning down the sugar content, the chain will be exploring more vegan options such as offering a wider range of plant-based protein add-ins and expanding its dairy-free options. “We’re all on a healthfulness journey,” she said; for customers, “it doesn’t go backwards.”

Jamba Juice will also up its tech game with apps to help customers order and explore menu options at their leisure.