Singer-songwriter James Arthur has announced he is now living a cruelty-free and vegan lifestyle, after transitioning to a plant-based diet almost a year ago. The musician gave a shout out to vegan activist Joey Carbstrong and encouraged his fans to “go vegan.”

James Arthur made the announcement on an Instagram story yesterday to more than 600,000 followers. He encouraged fans to head to activist Joey Carbstrong’s page to learn about the lifestyle.

Arthur revealed he had been following a plant-based diet for almost one year. Sharing screenshots of Carbstrong, Arthur notes: “I can tell you everything [Joey] is saying is 1000% legit on all levels.” 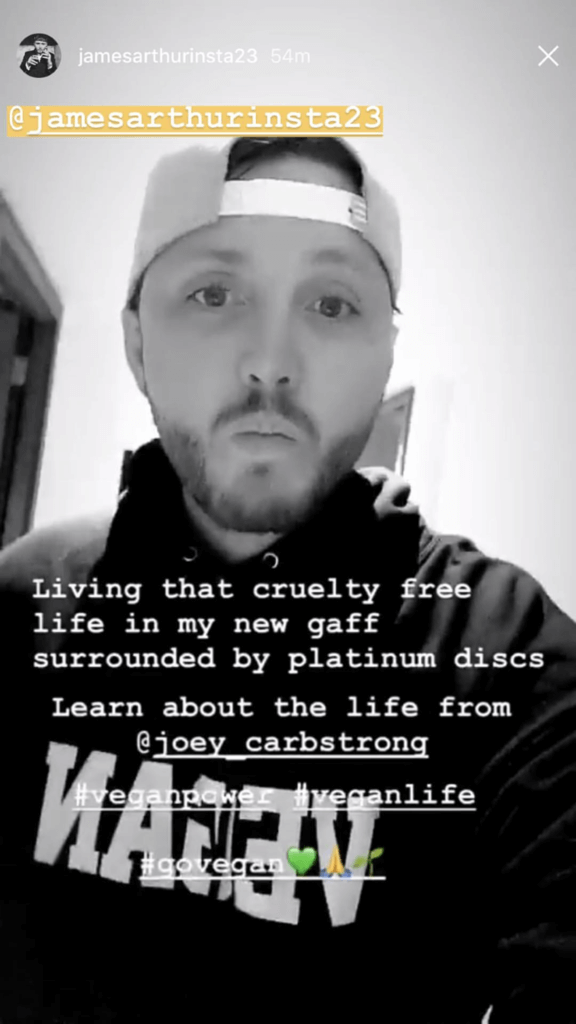 Joey Carbstrong returned the favour with an Instagram story thanking the star. He said: “This legend James Arthur is doing an epic job at promoting the most important issue of our time. So epic to see more high profile performers reppin’ the vegan thing.”

Research has suggested that celebrities speaking out about veganism and animal rights is one of the major driving forces behind the movement. The promotion of the lifestyle has led to more people than ever adopting a plant-based diet and following cruelty-free consumer habits.

“We got vegan burgers, vegan cheese, vegan ice cream, everything that you eat right now as a non-vegan, you can get vegan versions of. It’s quite easy now,” he said. 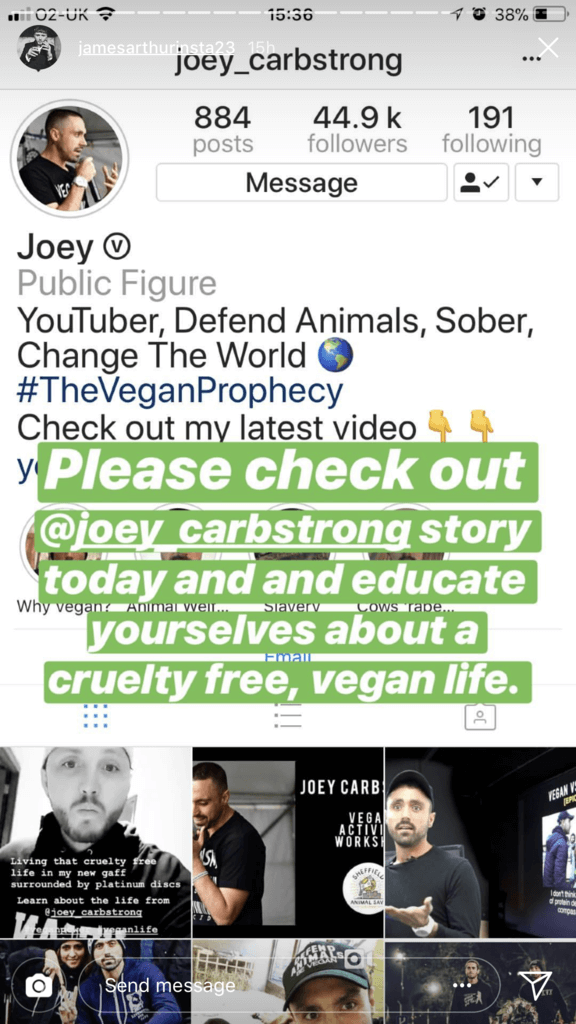 “If you’re in the UK, America, Australia, it’s so easy. It’s so easy it’s ridiculous. And it’s delicious. You’re not missing out on anything.”

In Arthur’s Instagram share, the celebrity gave shout-outs to multiple vegan products and brands who make ‘veganized’ versions of traditionally animal-based foods, such as dairy-free cheese. He was shown using products from Fry’s Family, Good Hemp Food, Tilda Rice, Follow Your Heart, Violife Foods, Holy Moly, and Tofurky. The musician also attached a screenshot of a purchase from Gucci, which recently announced plans to ditch fur in 2018.

Recognizing the impact of Arthur’s mention, Carbstrong took the opportunity to educate new viewers about “the fundamental philosophy behind the word ‘vegan’.” 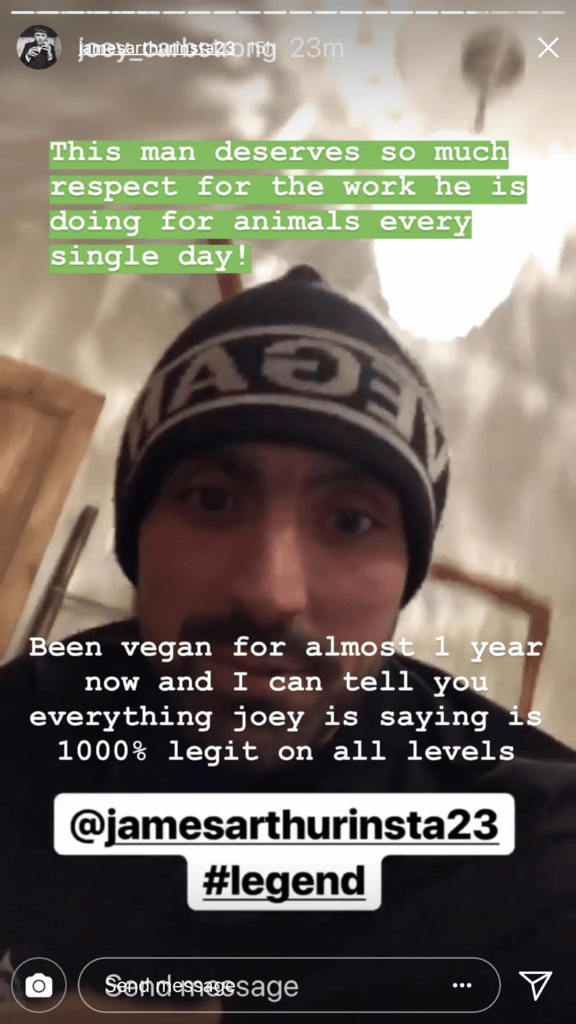 He explained: “It’s pretty simple really. We don’t eat, wear or use animals in any way shape or form as far as practically possible. So as far as you can within a society that’s built off the backs of animals, we try to avoid animal use.”

Carbstrong concluded: “The earth is dying, humans are suffering preventable illness and the animals are living a perpetual nightmare inside farms and slaughterhouses. We need everyone doing their part right now.”