The founder of ALV, Patty Mark, will be fasting alongside James Aspey, who took a vow of silence for 365 days during 2014 to ‘speak up’, for animal rights.

The fast will last 5 days and 5 nights, Mark and Aspey encourage anyone and everyone to join them. 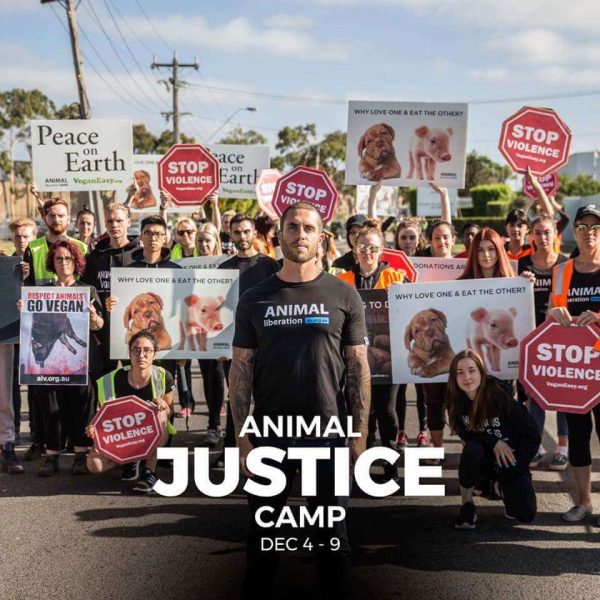 However, if someone is unable or unwilling to fast, there is no pressure to. Instead, the team ask for others to help the movement by bearing witness to the staggering truckloads of pigs amid their final moments before being killed for food – hence coining the 5-day event’s name, Justice Camp.

Everyone who attends and takes part is asked to vow to abstain from violence. Vegans and vegetarians are also encouraged to bring their non-veg friends and family along, even for a little while. The team says “We are there to draw much needed public attention to the violence and injustice of animal slaughter.”

The justice camp will be held 20 minutes from Melbourne; Diamond Valley Pork is the largest slaughterhouse in Victoria and at capacity will kill 2,500 pigs for pork meat daily.

December 2017 is also an apt date for the event, as the month marks the three years on since the release of pigtruth.com, hard-hitting undercover footage released by ALV which clearly shows pigs suffering through gas stun slaughter and other cruel practices. Many who saw the Australian footage were very shaken.

The team at ALV and James Aspey are firmly against this injustice and “the whole unjust slaughter industry”.