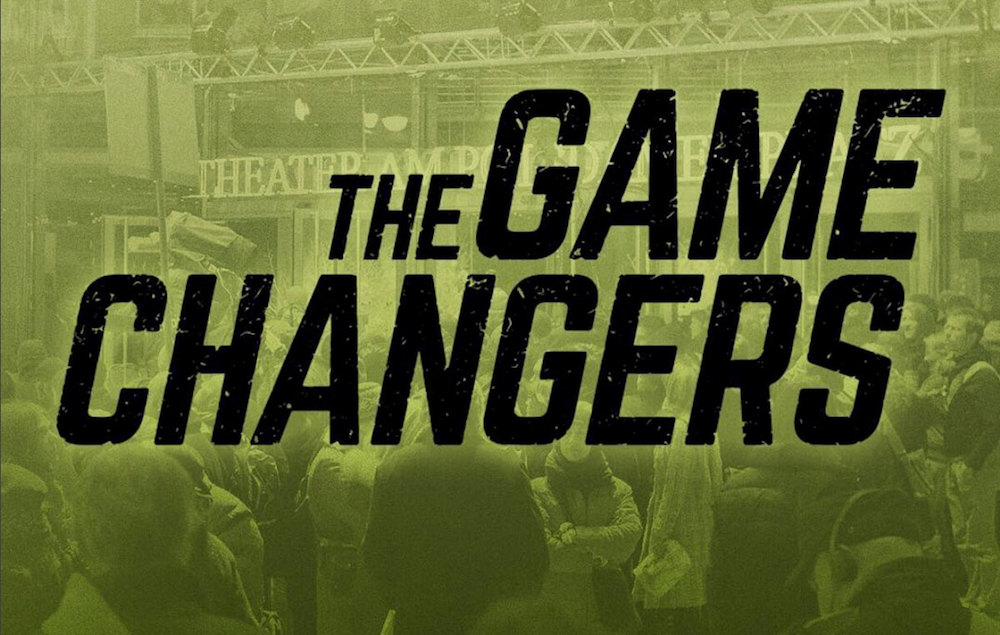 The groundbreaking James Cameron vegan documentary, “The Game Changers,” is set to premiere at the HotDocs International Documentary Film Festival in Toronto, Canada, on April 27.

“The Game Changers” is directed by Academy Award winner Louis (Louie) Psihoyos, known for his 2009 documentary “The Cove”, and produced by fellow Academy Award winner James Cameron. James Wilks, an elite special forces trainer and winner of “The Ultimate Fighter,” stars in the 88-minute documentary as he travels across multiple countries “on a quest for the truth behind the world’s most dangerous myth: that meat is necessary for protein, strength and optimal health,” according to the film’s website.

Wilks discusses plant-based diets with many other elite plant-powered athletes throughout his international journey, including the iconic former bodybuilder, action-film star, and former governor of California, Arnold Schwarzenegger.

Recognize any Game Changing faces in this dope @hotdocsfest promo? #Toronto – we’ll see you in a few short weeks!

“The Game Changers” delivers a unique angle when compared to many other existing vegan films, as its content sheds light on the link between masculinity and veganism, therefore helping to break the stigma associated with the plant-based lifestyle. The documentary targets a male audience, a demographic that is lacking in the uptake of the vegan movement. For example, this year’s Veganuary initiative saw close to 170,000 participants who pledged to go vegan for the month of January, yet only 14 percent of the participants identified as male.

Vogue shared its sentiment for the documentary, “A shocking new documentary that will change the way you look at meat,” said the internationally acclaimed fashion publication. The Economist’s 1843 Magazine also praised the film: “Forget scrawny celery-munchers, the vegan sportsmen profiled here are superhumanly strong, ripped and – yes – having awesome sex.”

Along those lines, James Cameron recently made headlines by claiming that plant-based diets are superior to artificial enhancers. Cameron unabashedly told The Star,  “I’d love to put Viagra out of business, just by spreading the word on plant-based eating.”

However, the film is not purely focused on the male audience. Cameron explained, “Success for me (with the film) would be if the public finally gets it that meat does not equal protein. That’s the myth we’re trying to dismantle here. It’s men who hold that most dearly. It’s that (misguided belief), ‘If I don’t eat animal flesh, I can’t have big biceps.’”