Together with other animal rights activists, Cromwell was protesting outside Texas A&M University’s (TAMU) Board of Regents meeting.

The university tests on golden retrievers and other dogs, who have been bred to have canine muscular dystrophy. They struggle to walk, swallow, and breathe. TAMU has committed to stop breeding dogs, however, it continues to test on them.

Cromwell — known for his breakthrough role in the 1995 film “Babe” — was arrested with one other activist, Jeremy Beckham. They have since been released on bail.

“Texas A&M continues to torment golden retrievers and other dogs,” Cromwell said in a statement. “Even though decades of these experiments have not led to a cure for humans with muscular dystrophy.” 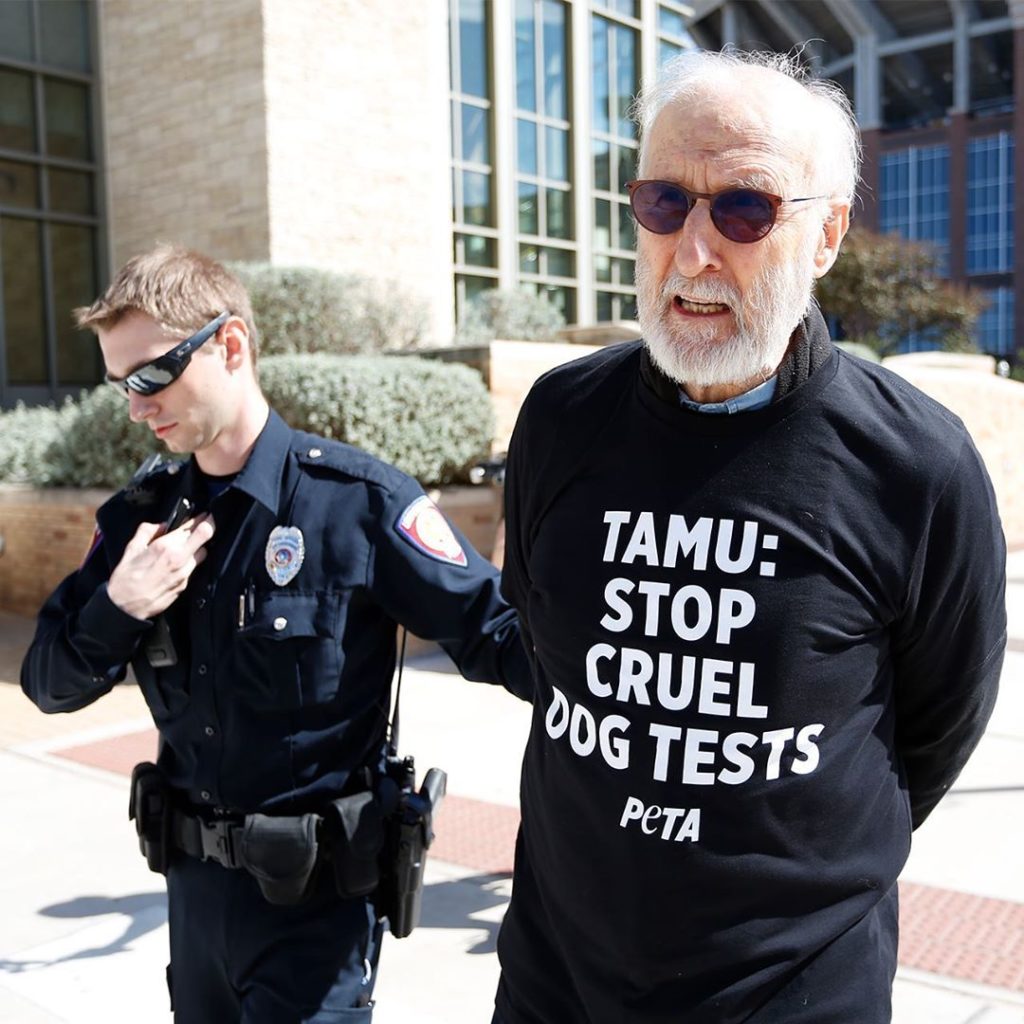 James Cromwell has been arrested on a few occasions for his activism. | PETA

Cromwell isn’t the only celebrity to speak out against TAMU and its animal experiments. Bill Maher, Lily Tomlin, and Casey Affleck are among others that have condemned the university.

He wrote in a letter to the school, “I have had dogs since I was a boy and loved them all dearly, including Martha, who was my companion for about 15 years and about whom I wrote the song ‘Martha My Dear.'”

He added, “please do the right thing by ending the suffering of dogs in TAMU’s muscular dystrophy laboratory and switching to modern research methods instead.”

This isn’t the first time Cromwell has been arrested. He was once arrested at a SeaWorld protest. The marine park has been accused on multiple occasions of cruelty to orcas and other cetaceans. The actor said in a statement at the time, “Orcas deserve a full life in the ocean, not a life sentence of swimming endless circles until they drop dead from disease.”

He also spent time behind bars for environmental activism. In 2015, he protested at a New York power plant, where he was arrested for obstruction of traffic. He refused to pay the fines and spent one week in jail.