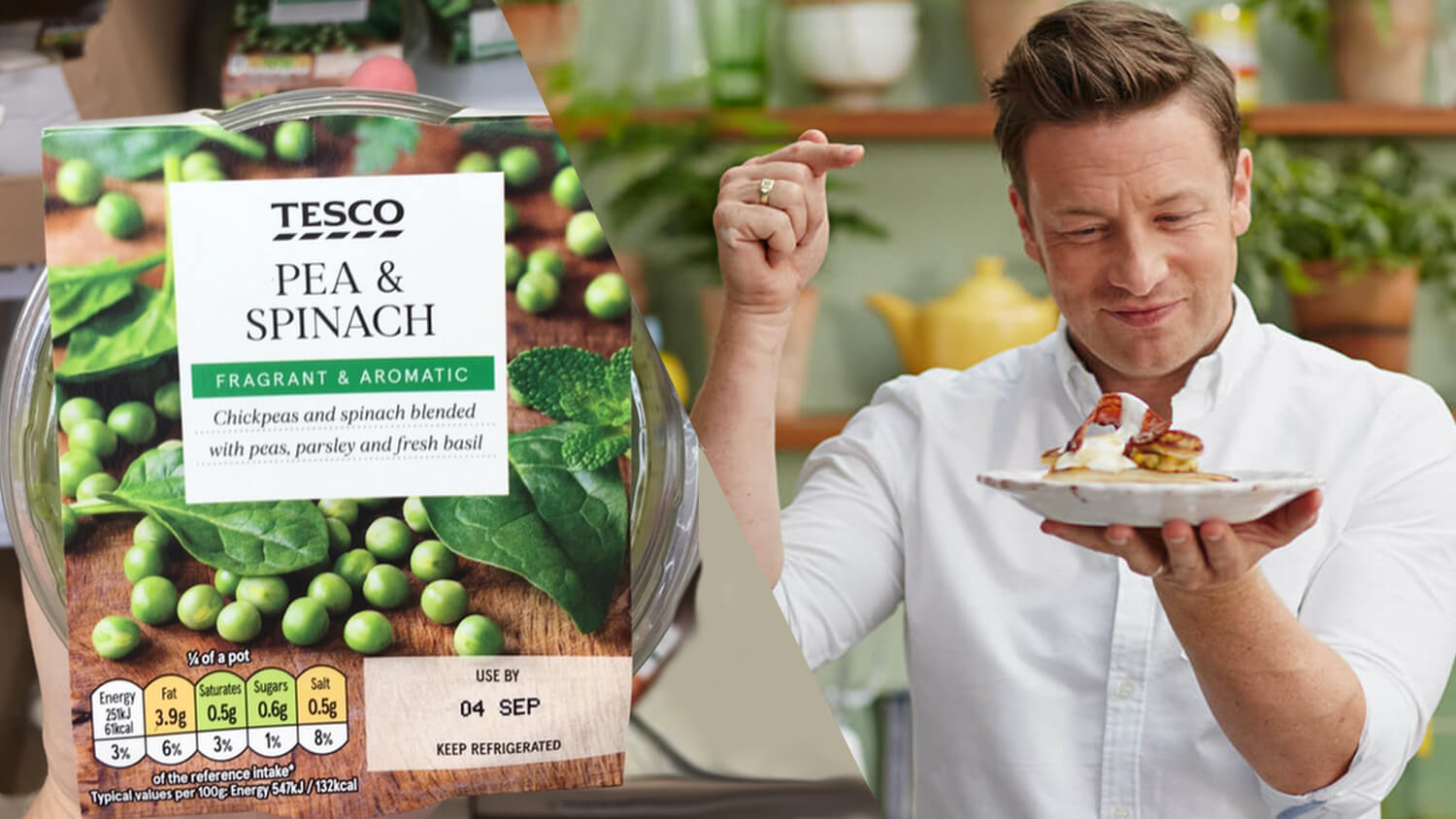 Oliver will be Tesco’s health champion, suggesting “helpful little swaps” consumers can make to increase their nutrition while still enjoying the foods they love. Tesco initiated the campaign after conducting a consumer survey of over 2,000 British participants. The results found that seven out of ten respondents thought grocers should “do more” to help their customers make healthy purchases. Nearly 70 percent of participants also said that they would appreciate some basic advice on the topic of health.

In response to the survey, Oliver said to FoodNavigator, “Britain wants to know how to enjoy more of the good stuff, in easy, fun, and delicious ways. This makes this partnership one of the most exciting opportunities to actually get Britain eating and celebrating more of their five fruit and veg a day.”

The chef will assist Tesco’s program by creating a set of healthy plant-forward recipes and tips that will be available in-store and online.

I’m excited to announce I will be teaming up with @TescoFood. Why? Tesco has consistently raised the bar when it comes to so many important initiatives: reducing food waste, leading on industry reformulation, looking after its employees and helping kids to eat more fruit with its brilliant ‘Free Fruit for Kids’ scheme! Together we are going to be working really hard for all of you – coming up with loads of great recipes, tips and little swaps to help make healthier choices delicious and affordable. Look out for the recipes each month – I can’t wait to share them with you! More info in my bio #TescoAndJamie

Tesco will combine Oliver’s endorsement with tactical changes to its marketing of healthy food. The company plans to adjust the prices so that “better-for-you” food costs as much or even less than unhealthy options. It will also make healthier choices more visible in stores, as well as revisit some of its own brand products to create more nutritious versions with less salt, sugar, and fat – “as long as there is no impact on taste and quality,” the store said.

Oliver also called Tesco “Britain’s biggest and most progressive supermarket.” Indeed, in recent years it has greatly expanded its vegan offerings, which may in part be due to its partnership with Derek Sarno and the Wicked Kitchen brand. Sarno is the Director of Plant-Based Innovation at Tesco and has helped the company embrace numerous vegan products, including its own-brand. Even its specialty items, such as its holiday menu, promote an abundance of vegan offerings.

Oliver, while not vegan, has been known to endorse a balanced, whole food and plant-based lifestyle. His restaurants reflect this and offer several vegan options. His exclusive Tesco recipes are now available on the Tesco website, and those that are not already vegan can easily be adjusted to suit a plant-based plate.