Jamie Oliver’s recent interview with The Sunday Times has caused quite a stir thanks to some of the comments that he chose to make about vegans. The TV chef is best known for his school dinner’s campaign and his rampage against sugar. Confusingly then, his interview with The Times saw him speak ill of the clean eating trend and claim that he was ‘split’ in his opinion about vegans.

Rather confusingly, Oliver is one of the few chefs who also cook meat and dairy products who actually specifically labels his recipes as vegan friendly. His chain of Italian restaurants are also known for providing a range of vegan options, although not everyone is keen on the way that they taste.

“Vegans do annoy me,” says Oliver, “but I also do care for them.”

Oliver seems to have had several incidents in his chain of restaurants where animal rights activists have raided his establishments in order to show images around of animal agriculture. Oliver doesn’t believe that this is an acceptable way to try and promote a plant-based diet and favours a ‘stepping stone’ approach. The chef advocates for the consumption of high welfare meat, which he says vegans are not open to, but is more effective than simply promoting a plant-based diet. Oliver even went as far as to say that ‘[he has] done more to push plant-based diets than any [vegans].’

In the interview, Oliver talks about having recently completed a masters degree in nutrition and suggests that a plant-based diet is in fact a healthy lifestyle choice: ‘The vegan diet tracks better than anything on longevity, health and lower cases of disease,’ says Oliver. It seems his main issue with vegans are the ‘20 scruffy, weird-looking fellas putting iPads of slaughtered animals in front of kids having spaghetti bolognese on a Saturday lunch.’ While it’s obvious why Oliver might not appreciate groups storming his premises, to suggest that all vegans advocate for the lifestyle in the same way is perhaps a little presumptuous. 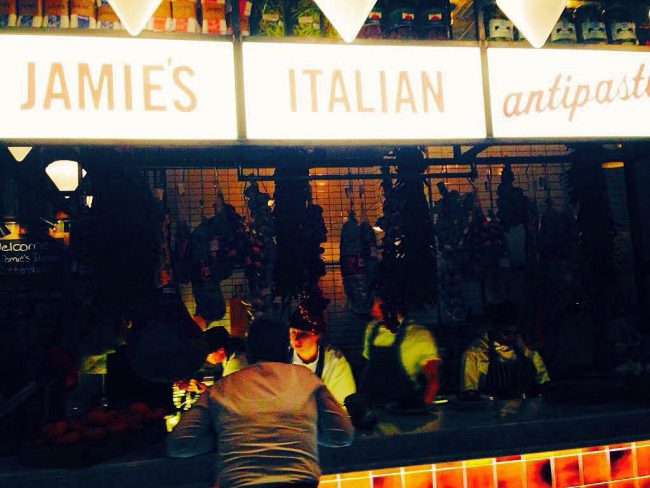 Oliver’s promotion of high welfare meat doesn’t seem to be in line with his obsession with providing people with healthy meals. Meat and dairy products have been linked to increasing an individual’s risk of a myriad of health problems including cancer, diabetes, heart disease and dementia. Suggesting that the vegan diet is better than any other diet for health and then advocating for the consumption of high welfare meat is a little contradictory of Oliver.

It might seem like an attack on vegans but Oliver doesn’t appear to actually know where he stands on the subject. Despite his comments, he does know how to make a cracking vegan brownie.