“I pushed meat down, pushed veggie up, got more sleep and more movement,” Oliver told the Radio Times.

Oliver said he lost the weight by actually eating more and made sure his meals were very nutritious. “I lost 12 kilos quite quickly and I didn’t do it through not eating. I ate a lot, more than I used to,” he said.

The chef revealed he ate nuts to ensure his diet had enough fat and protein.

“They make you half as likely to have a heart attack. Feed them to your kids as well,” he said.

He also consumed a lot of seaweed to help speed up his weight loss. Some believe seaweed helps aid in losing weight because it contains few calories and is high in fiber, so it is very filling.

The chef also started exercising more frequently and reduced his alcohol intake. “Your average Brit drinks booze. I’m not telling you what to do, but my rhythm now is only to drink at the weekend.” 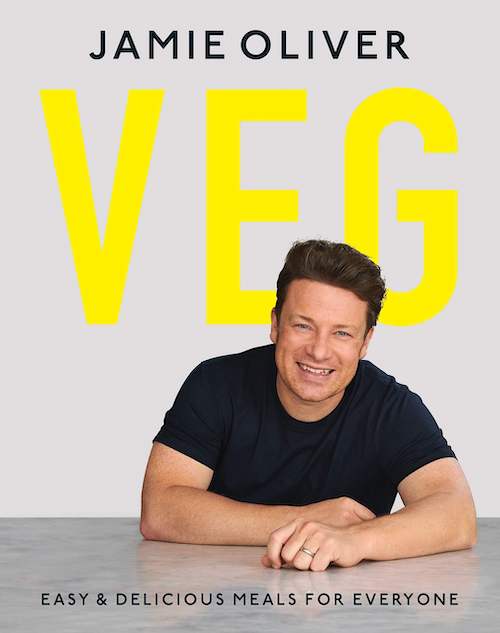 “Veg” features more than 100 easy-to-make recipes for vegetarians and those looking to consume less meat.

“For me, ‘Veg’ is all about celebrating really good, tasty food that just happens to be meat-free. This book is a collection of recipes that I often cook at home,” Oliver said in a statement.

He added: “Some are quick mid-week dinners, others are more of a weekend luxury but all of them are easy and delicious.”

His website features a number of vegan and vegetarian recipes. In 2018, all locations of Oliver’s restaurant chain, Jamie’s Italian, launched a new plant-based menu.

Oliver previously ditched meat for one week in May 2018 and encouraged fans to do the same.

He hosts a cooking show called “Meat-Free Meals” in the UK.