Japan has resumed whaling after more than 30 years but the nation may no longer be a profitable market for whale meat.

Commercial whaling was banned by an International Whaling Commission (IWC) moratorium in 1986 for conservation purposes. In a decision that attracted international outcry, Japan withdrew from the IWC last December after the organization voted down its proposal to resume commercial whaling.

Even though Japan was part of the IWC, it continued to hunt up to 1,200 whales per year, claiming it was for scientific research. It was also the only country to hunt whales in Antarctica during the moratorium. Whale meat was subsequently sold to markets for consumption.

But the whale meat market may not be viable in Japan. Consumption of whale meat dropped from 226,000 tons annually in the 1960s to just 3,000 tons today, including imports from Norway and Iceland — the equivalent of two tablespoons per capita, according to CNN. 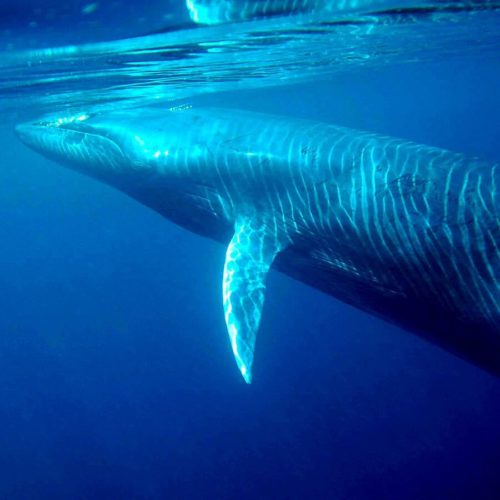 The decline of the whale meat industry may be due to changing attitudes surrounding whale hunting, according to news outlet Al Jazeera.

Japan’s decision to continue whaling is also being met with criticism from environmental groups such as Sea Shepherd and Greenpeace which, along with the IWC, view commercial whaling as a threat to populations.

Why Does Japan Practice Whaling?

Hisayo Takada, spokesperson for Greenpeace Japan, told The New York Times that the discussion has become a “sensitive, nationalistic topic” despite the fact that many may not want to eat whale meat.

Whaling began 400 years ago in some regions but the meat became a staple food in post-World War II Japan, when the American occupation authority encouraged it as a cheap source of protein. It was regularly served at home and in children’s lunches. For many older residents, it evokes feelings of nostalgia.

“It’s not about whaling itself,” Takeda explained. “It’s more about Japanese pride and standing up for what people see as their culture.”

“The whaling industry has been ingesting a lot of taxpayers’ money,” she continued. “It may survive on a small scale, but it’s hard to believe whale will ever be a daily meal for Japanese people again.”

So far, two minke whales have been harpooned in the inaugural voyage. Japan plans to hunt 227 whales over the next six months. Minke, Bryde’s, and the endangered sei whales will be hunted.