It looks like instead of cookies, Santa will be getting pints and pints of vegan ice cream this year as another conventional ice cream maker says it’s adding vegan options to its offerings. Jeni’s Splendid Ice Cream is the latest to toss its scoop into the nondairy ice cream tub. Ben & Jerry’s and Halo Top both made headlines earlier this year after announcing nondairy options.

“Are you ready?” Jeni’s asked on its Instagram page last week. “Because Dark Chocolate Truffle is changing the dairy-free, vegan frozen dessert game. It blows every other non-dairy flavor you’ve ever tried out of the freezer.”

Jeni’s has reportedly been working on its nondairy option for five years. The research team looked at every possible pairing between flavors, nut milks, and plant ingredients before settling on this classic combo.

“We didn’t try to make something that would pass for a dairy version of ice cream,” says founder and chief creative officer Jeni Britton Bauer. “Instead, we looked to make something new and different and wondrous all on its own. The resulting Dark Chocolate Truffle is so deeply, primally satisfying that since the first time I had it, I think about it and crave it just as much as dairy ice cream.” 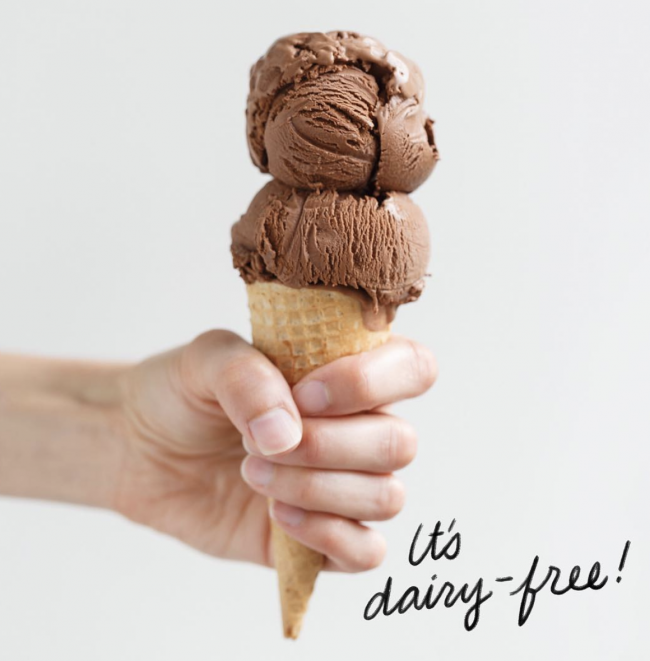 Britton Baur says the new flavor avoids fillers and stabilizers, and like its simple ingredient list for its dairy ice cream, Jeni’s nondairy Dark Chocolate Truffle is made from as few ingredients as possible, mainly coconut cream and Fair Trade cocoa.

“This flavor is for anyone who wants a truly beautiful, memorable frozen dessert,” she says.

Jeni’s timing couldn’t be better. Demand for nondairy ice cream is mirroring trends in nondairy milk, yogurt, and cheese as consumers seek not only healthier options, but different flavor profiles as well. While consumer demand for conventional dairy products are stagnant, a report released earlier this year found nondairy ice creams are driving a category-wide revitalization. Which means we could be seeing more vegan ice cream options by next summer.