A longtime vegan, Phoenix — who plays the titular character in the upcoming “Joker” movie — recently spoke about his views on animal rights and why he’s eaten a purely plant-based diet since the age of three.

“Me and my siblings witnessed fish being killed in a really violent and aggressive way,” he recalled. “It was just absolutely obvious that it was something that we didn’t want to participate in and we didn’t want to support. To me, it just seems obvious. I don’t want to cause pain to another living empathetic creature.”

Chickens are also abused in factory farming conditions. In many cases, they are fattened up for slaughter in around 42 days. During this time, their bodies struggle to carry the weight. Phoenix said, “I don’t want to force it to be indoors and fattened up just to be slaughtered. It is absurd and barbaric.”

Star of the Hollywood smash 'Joker', actor and activist Joaquin Phoenix explains why he first went vegan and continues…

Posted by Animal Save Movement on Saturday, September 28, 2019

‘It’s My Life and Always Has Been’

He added, “I don’t understand how you could witness that and not be affected by it. But certainly, also the effect that it has on our environment is devastating. So for me, it’s just, it’s my life and always has been my life and it’s really one of the most important things to me.”

The actor frequently works with animal rights organizations. He recently led a public protest against animal cruelty in Toronto, just hours before receiving the first Tribute Actor Award at the Toronto Film Festival.

In collaboration with the BeFairBeVegan campaign, Phoenix led a tour of the St George Subway Transit Station, where vegan posters line the walls detailing the abuse of animals in various industries.

“He’s so busy,” Anito Krajnc of Toronto Pig Save told Toronto’s local City News. “The only window he had was 3 to 5 p.m. today and he has this big award, yet he took time out to come to see BeFairBeVegan Toronto because it’s so close to his heart.”

Phoenix recently showed up at a pig vigil in Los Angeles. He’s been spotted at several in recent years but this was the first one since the release of “Joker.”

Dozens of activists regularly gather outside of a local slaughterhouse to give the trucked-in pigs water and comfort in their final moments. 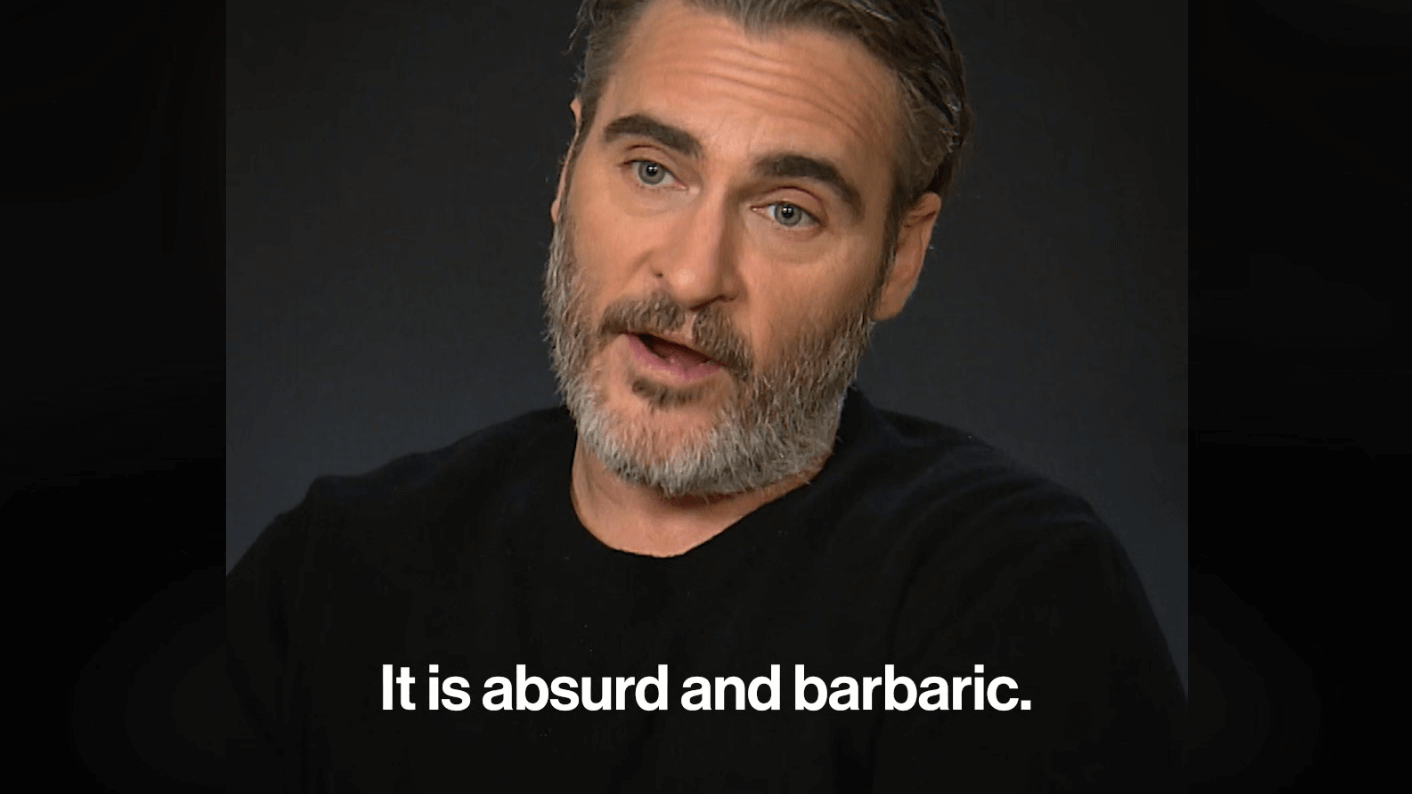