This year’s Earth Day event is organized by a coalition of youth-led climate groups, including Zero Hour.

Day one will focus on amplifying the voice of indigenous leaders and youth climate activists. Stop the Money Pipeline Coalition will lead day two, as it calls for a global economic reset. Day three will address the importance of voting, particularly for young people.

“In the midst of a global pandemic, Earth Day Live aims to spur collective action to protect our communities and our planet,” the event’s organizers said in a joint statement. “Through performances, conversations, and training sessions curated by climate activists.”

Historically, Earth Day is an opportunity to support ongoing environmental efforts and provide education through teach-ins. Activists celebrated the first Earth Day in 1970, the same year the Environmental Protection Agency (EPA) formed. The Earth Day Network coordinates annual events across 141 nations and many communities choose to celebrate a full week. 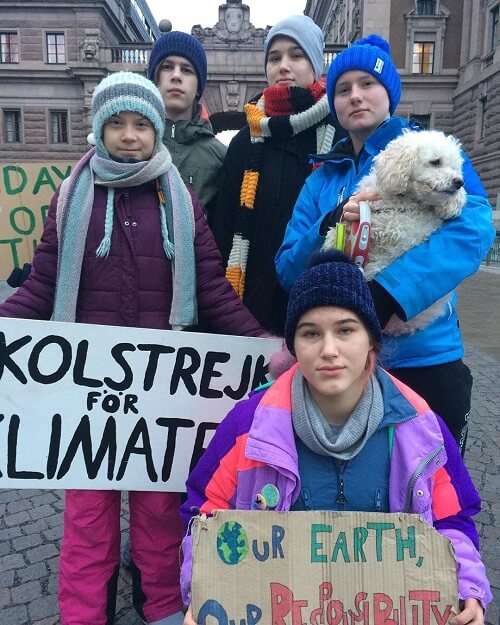 Seventeen-year-old Greta Thunberg sparked a global movement of youth climate activism in 2018 by skipping school to strike. However, there has been little action on the part of world leaders.

Youth activists including Thunberg, Vanessa Nakate, and Jamie Margolin—co-founder of climate change-focused nonprofit Zero Hour—have criticized authorities for not taking action on climate change. Some have questioned whether the issue of the climate crisis should be treated with the same urgency as coronavirus.

Prior to the pandemic, youth climate activists planned on holding worldwide strikes and thousands of public actions for Earth Day. But limitations on movement and in-person gatherings restrict public events. Instead, the US Youth Climate Strike Coalition has transformed the celebration into the largest online mobilization ever.