Joaquin Phoenix and Rooney Mara are producing a new film about zoonotic diseases.

The documentary, “The End of Medicine,” explores how zoonotic diseases—such as the coronavirus—from animals pose a greater threat to humanity than climate change.

The vegan power couple will executive produce the new film. “Cowspiracy” director Keegan Kuhn is the film’s writer and producer. It is being directed by Alex Lockwood, the BAFTA Award-winning director behind 2019’s “Test Subjects.”

“We hope that ‘The End of Medicine’ is an eye-opening call to action,” Phoenix and Mara said in a joint statement. “And ignites a spark of willingness to change our habits.”

“The science is irrefutable. Modern animal agriculture will continue to make us sick if we don’t radically change our patterns of consumption,” they added.

“As passionate activists and creatives, Rooney and Joaquin were on a path to make this film on their own and when they heard about what Alex Lockwood and I were doing we teamed up,” Kuhn told LIVEKINDLY. “We honestly couldn’t be more excited about working with them.”

This isn’t the first time the couple has worked to raise awareness about the dangers of animal agriculture.

In April, they spoke out about factory farming and its correlation to COVID-19 in an op-ed published in The Washington Post. Experts believe the outbreak originated at a wet market in Wuhan, China.

The pair wrote that China isn’t the only country that has live animal markets. “Some 80 of them operate within the five boroughs of New York City alone. [This is] according to Slaughter Free NYC, a nonprofit group that opposes them. They are near residences, schools and public parks.”

However, they wrote that industrial factory farms pose a far more dangerous threat.

“These factory farms warehouse thousands of animals that wallow in their own waste with limited or no airspace. [This] routinely [creates] conditions for the proliferation of superbugs and zoonotic pathogens,” they wrote.

The Link Between Factory Farming and Zoonotic Diseases

Kuhn, who has been vegan for nearly 23 years, began working on the film in October 2019—before the emergence of the outbreak.

He told LIVEKINDLY intensive factory farming is a breeding ground for zoonotic diseases. Studies show 60 percent of all human diseases and 75 percent of all emerging infectious diseases are zoonotic. The majority of which arise from western livestock like chickens, cattle, and pigs.

“We really need to take this opportunity to challenge the norm and change our entire ethos as consumers. At a governmental level, we appear to be focusing entirely on firefighting once these issues arise, rather than tackling the root causes,” Lockwood told LIVEKINDLY. He added: “There needs to be a shift in the way in which we treat the natural world and the animals within it. And I hope that this film will help with that.”

Kuhn says he hopes the film will “peel back the layers of misinformation that have clouded the reality and history of pandemics and lay bare the truth that how we treat other animals and the planet has created the very situation we are in and the future we are headed for.”

He plans on completing the film by the end of the year. Kuhn hopes it will cause people to see the link between animal agriculture and animal exploitation. “[T]hey should at least care about other humans and their own health,” he said. “I believe the film will have a profound impact on how we see our behavior.” 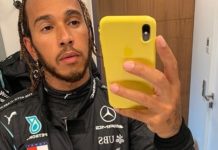