Joaquin Phoenix won the award for best actor for his role in “Joker” at the 26th annual Screen Actors Guild (SAG) Awards on Sunday. Still in his Stella McCartney tuxedo, the vegan actor headed straight to a slaughterhouse vigil run by the Los Angeles Animal Save to bear witness to pigs who were about to be sent to slaughter.

“Joaquin Phoenix—still in his tux—came to the vigil tonight. Congrats to him on his SAG award for Best Male Actor in a Leading Role! We are so grateful for all you do for the animals,” LA Animal Save wrote on Instagram.

Phoenix, a longtime vegan, and other animal rights activists, gave water to pigs while the truck waited outside the slaughterhouse.

Amy Jean Davis, founder of LA Animal Save, told LIVEKINDLY in an email that the Save Movement is “a crucial form of activism that has already been incredibly impactful.”

She added, “Joaquin’s regular attendance at our vigils in LA has inspired activists both locally and globally.” 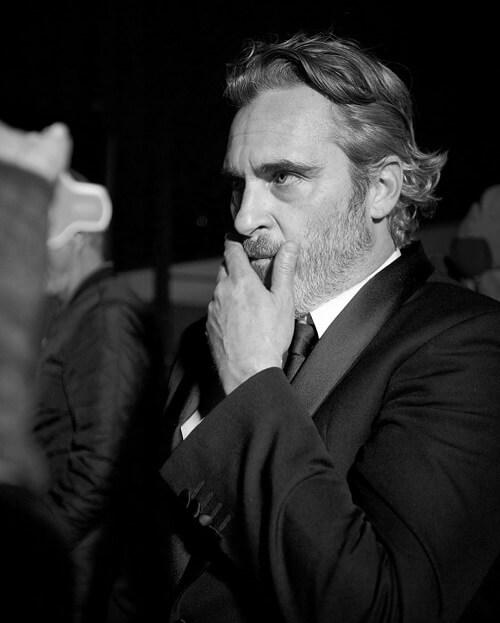 ‘We Have Moral Obligations’

Phoenix is a regular attendee at the vigils, according to an on-site interview with Jane Unchained, a nonprofit vegan news network founded by television and social media journalist Jane Velez-Mitchell.

When asked why he bears witness to animals being sent to slaughter, Phoenix replied: “Because I have to.”

Phoenix added that “most people don’t really know of the torture and murder in the meat and dairy industry.”

He explained, “we have moral obligations to talk about it and you know, expose it for what it really is. We are so indoctrinated with these happy images of animals on farms, on the covers of meat containers, at restaurants...”

The 45-year-old actor is no stranger to using the spotlight to talk about animal rights. Hours before he received the Tribute Actor Award at the Toronto Film Festival, Phoenix attended a protest calling for an end to animal suffering at the St. George Subway Transit Station.

At the “Joker” premiere in LA, he wore a hoodie representing the Animal Liberation Front. Anonymous activists who often break the law to expose animal cruelty make up the organization. Phoenix and his fiancee, Rooney Mara, have attended LA Animal Save vigils together.

He is also the producer of “The Animal People,” a documentary that tells the story of six activists who were indicted for domestic terrorism for cruelty within the world’s largest animal testing lab.

Since awards season kicked off, Phoenix has received the best actor award from the Golden Globes, the Critics’ Choice Awards, and the SAG Awards. During his Golden Globe acceptance speech, he thanked the Hollywood Foreign Press Association for serving a plant-based dinner, therefore acknowledging the connection between climate change and animal agriculture.