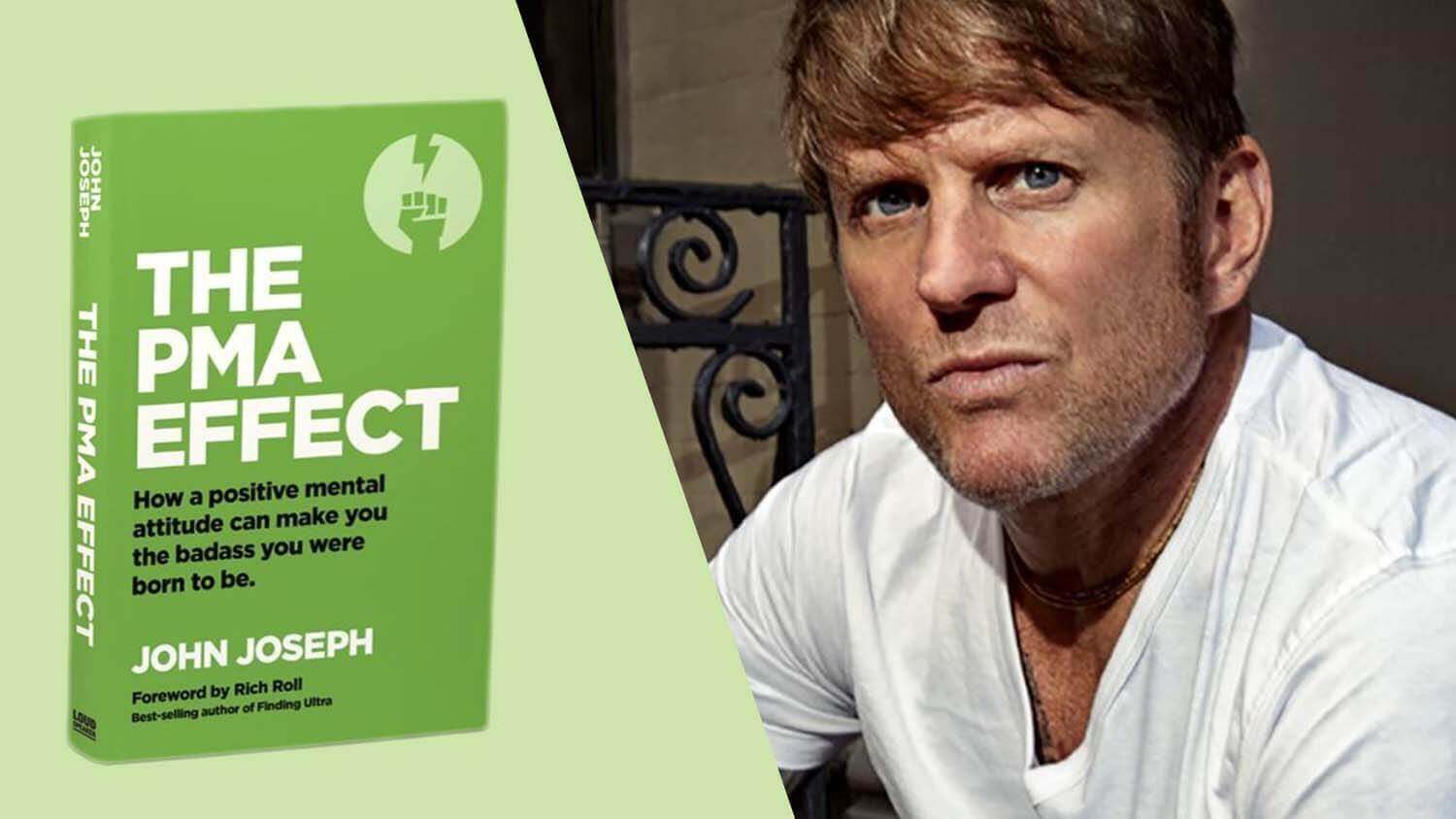 Vegan Ironman athlete and frontman of the longtime New York City-based hardcore punk band the Cro-Mags, John Joseph, has released his third book. The “Meat is for Pussies” and “Evolution of a Cro-Magnon” author takes a departure here delving into the benefits of a positive mental attitude (PMA). Titled “The PMA Effect,” the book’s tagline reads: “How a positive mental attitude can make you the badass you were born to be.”

In “The PMA Effect,” Joseph discusses how a PMA helped him to survive numerous hardships in his life. At a young age, Joseph and his brothers were removed from their home due to the abusive actions of his father, only to face seven years of mental and physical harm at one of New York state’s worst foster homes.

In the late 1970s, when NYC was considered to be one of the most dangerous cities in the nation, 14-year-old Joseph lived on the streets, taking refuge in abandoned buildings and making ends meet by dealing heroin. In 1978, he was jailed and later struggled with addiction. In the 1980s, he found the NYC punk scene, spirituality, and eventually, veganism and athletics. In his 2007 autobiography “The Evolution of a Cro-Magnon,” which was updated last year, Joseph provides further details on the hardships he faced, and overcame, with a PMA.

“The PMA Effect teaches the methods for achieving your goals no matter how high you set the bar comes down to one vital principle: Developing a Positive Mindset. Change your mindset Change your life,” states the official book description.

Ultraendurance athlete and fellow vegan and author, Rich Roll, who Joseph said is one of the most genuine people he knows, wrote the foreword to the book. The feeling is entirely mutual. In the introduction for the Rich Roll Podcast interview with Joseph, the vegan athlete referred to the Cro-Mags lead as his “brother from another mother.”

“I made it through the things I did because I had ammunition in the form of knowledge, which I could take shelter of in my darkest hours,” Joseph said in the podcast.

“The PMA Effect” is now available for purchase.