Castro’s PAW plan would also prevent the importation of animal trophies, obtained as a result of big game hunting and see the Endangered Species Act strengthened. President Trump has been accused of weakening the act, prompting several environmental groups to sue the U.S. Department of the Interior earlier this week.

“In the midst of an unprecedented extinction crisis, the Trump administration is eviscerating our most effective wildlife protection law,” said Rebecca Riley, the legal director for the National Resources Defense Council, to USA TODAY.

Castro agrees with Riley’s sentiment. He said in a statement, “the president does not care about animals and his cruel actions prove it. He has put corporate profits over living creatures and individual fortunes over our future.”

PAW, however, will attempt to undo some of the damage. “The groundbreaking plan will improve the treatment of animals around the country and the world,” he continued. 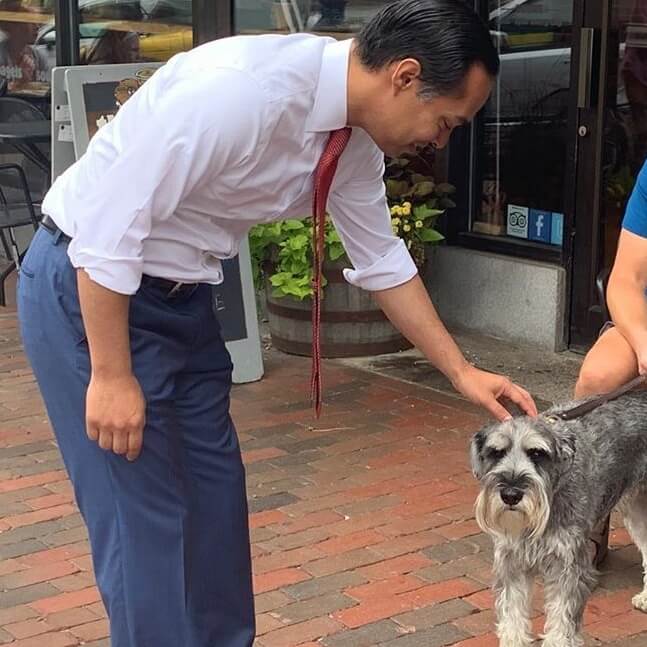 The Democratic candidate also wants to end the euthanasia of healthy animals in shelters and ban cosmetic animal testing. By 2030, PAW proposes that 30 percent of the U.S.’ land and oceans will be protected.

Castro isn’t the only politician who cares deeply about animal welfare. Senator Cory Booker — who is also running for president in 2020 — is a passionate vegan. He recently co-sponsored a bill to ban wild animals from circuses across the U.S. and he frequently encourages people to eat more plant-based foods.

He added, “I really do think we’re at a moral moment in our country. The only way we can move this country in the way it needs to go is not at pointing other people about what they’re doing, but turning up the values we believe in.”