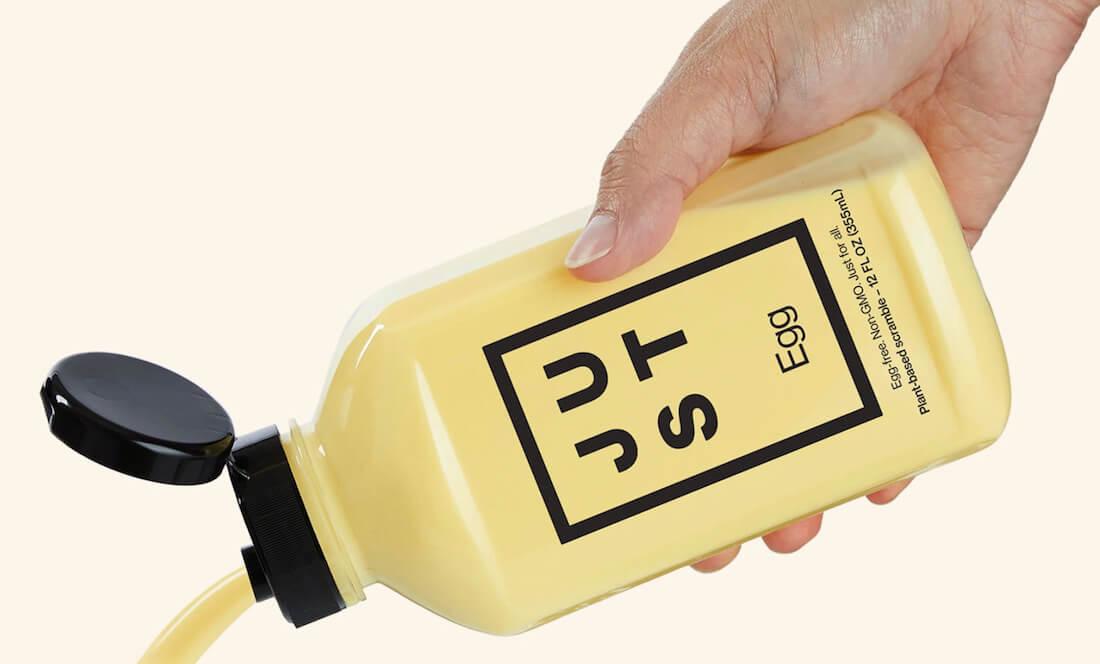 JUST, a U.S. plant-based food tech company known for its innovative and sustainable vegan products, announced a new partnership that will help launch its vegan scrambled egg in Europe. The company is working with Eurovo Group, Europe’s leading producer and distributor of packaged, pasteurized, and dried eggs, to assist with this massive expansion.

In collaboration with Eurovo, the JUST plant-based scramble (Just Egg in the U.S.) will be available to mainstream consumers in multiple countries. The goal is to broaden the market and provide a healthy alternative to those who avoid or limit their consumption of eggs. The scramble, made from protein-packed mung beans, cooks and tastes like conventional chicken eggs.

Due to this incredible likeness, the JUST plant-based scramble will be sold alongside Eurovo’s traditional egg brands such as Naturelle, Maia, Novissime, and others. The product will also be available to chefs and restaurateurs across Europe under the Eurovo Service brand.

Although this partnership may seem a bit unorthodox, both companies have found it to be mutually beneficial for the sake of innovation and sustainability.

JUST co-founder and CEO, Josh Tetrick, remarked in a press release, “When Eurovo’s team visited JUST to see our world-class R&D operation and when I traveled to Italy to tour their impressive egg production and egg processing facilities, there was a sense of mutual respect and admiration for innovation and science. Despite our differences in approach, together we can bring food that’s better for consumers and better for the planet, to more people, faster.”

Eurovo Group President, Siro Lionello, echoed Tetrick’s sentiments. “Balancing modernity and tradition while embracing changing consumer preferences and reducing our environmental footprint is a cornerstone of our business and this relationship ensures that this approach will continue,” he said.

JUST is hopeful that by working with the egg industry, instead of competing against it, will help to expand plant-based products more effectively. Morten Ernst, both an egg industry leader and consultant for JUST, explained, “There is a huge opportunity for the global egg companies to support forward-thinking innovators and set a new industry standard together.”

The exact launch date of the JUST plant-based scramble in Europe has yet to be released; however, consumers may expect a wide distribution in Italy, Spain, France, Poland, and Romania – all countries within Eurovo’s domain.

Image Credit: JUST for all