“We’ve spent two years on the ground in Liberia working with the community to create a long-term solution to a broken food system,” JUST recently wrote on its Twitter account.

According to the company, there are millions of parents across Liberia who are struggling to provide their families with healthy food. But the problem is not limited to West Africa; this is a worldwide issue. Globally, more than 2.1 billion people struggle to put nutritious food on the table. Just Power Gari could be part of the solution to this problem.

Taylor Quinn, the Emerging Markets director at JUST, has been living and working in Liberia.

“Musu is my next-door neighbour. She’s a mom who wants to feed her kids good food,” Quinn wrote in a statement on the JUST website. “…this isn’t the same as the pictures we see of kids with distended bellies. It’s a lack of nutrients, not a lack of food. Rice is food. Potato chips are food. Both are widely available but insufficient to nourish Musu and her family.” 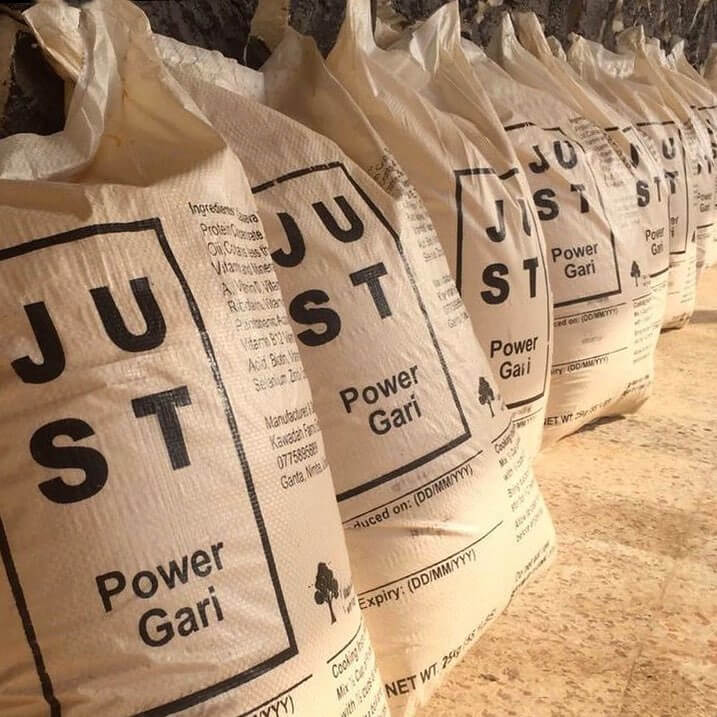 “The product we’re launching this month, Just Power Gari (like oatmeal), is produced by our Liberian partner Kawadah Farms with ingredients sourced locally from small-scale farmers, most of them women,” Quinn states. She continues, “It’s priced to be affordable and made to be delicious and nutrient-rich, while guaranteeing that our partner can run a sustainable business. Over 650 kids are eating Just Power Gari today, and more will be eating it tomorrow. Millions of meals will be served this year.”

All of JUST’s products are sustainable and plant-based, with a range of foods such as mayonnaise, salad dressing, vegan eggs, and cookie dough. The company also recently announced a forthcoming launch into “clean-meat” — meat grown via cellular agriculture, which uses cells from an animal to grow meat, rather than the need to raise an entire animal. Clean meat is safer than conventional meat as it virtually eliminates the risk of foodborne illness. It’s also significantly less damaging to the environment. JUST says it can produce both meat and seafood that is “over 10x more efficient that the world’s highest volume slaughterhouse.”