CEO and founder Josh Tetrick took to social media to announce the landmark. “Big milestone: Over 2 million eggs (without chickens) sold. Thanks to all ? #justegg,” he wrote. The sales data comes from the US, Hong Kong, and Singapore.

The JUST Egg, named one of TIME Magazine’s “10 Smartest Sustainable Products of 2018,” is the latest retail launch from JUST. Packaged in a squeeze bottle, the liquid vegan egg is made from mung beans and is said to cook like eggs. Following its retail launch last September, grocery store data revealed that the product was performing well across the board, even outselling whole chicken eggs in some locations.

“We’re grateful to see this extraordinary sales data. We’ve always said that if you make it easy for good people to eat well, they will,” Tetrick told LIVEKINDLY at the time.

Big milestone: Over 2 million eggs (without chickens) sold. Thanks to all ? #justegg

The plant-based egg replacer market is expected to reach $1.63 million by 2028, according to recent data. The shift in consumer shopping habits is driven by increased instances of avian flu, along with other health concerns like an egg’s high cholesterol content.

An increasing number of consumers are also becoming more conscious of how factory farms negatively impact both animals and humans. Egg-laying hens are subject to serious health issues and mental stress while male chicks hatched into the egg industry are often discarded or ground up while still alive. A documentary released last year revealed that human trafficking under the guise of a promise of steady work and education has occurred on egg farms, with some workers being as young as 14.

The JUST Egg is currently available nationwide in the U.S. and is expected to launch in Europe soon. 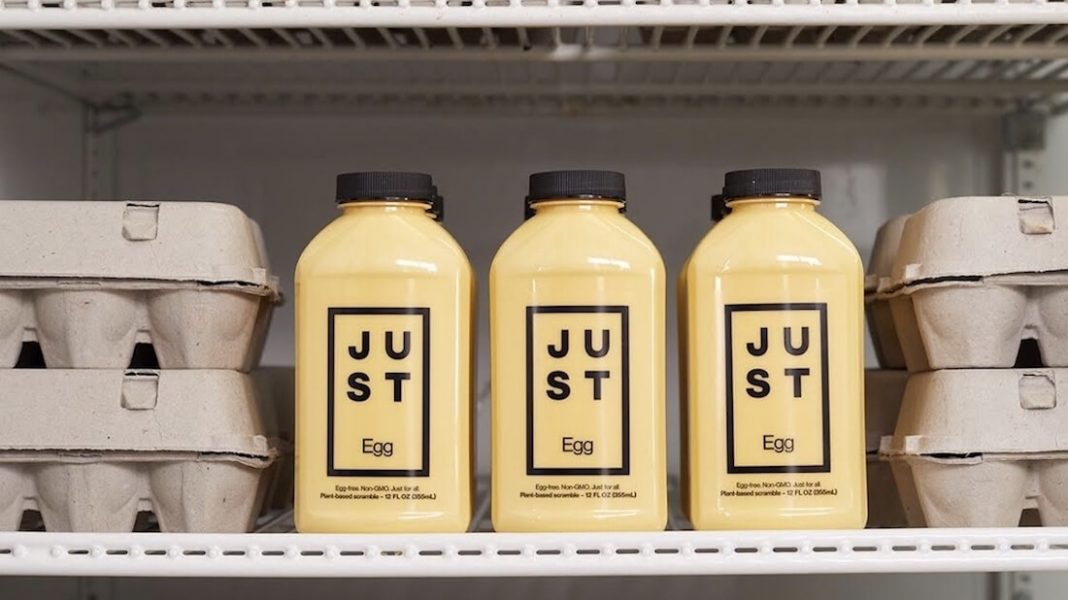