Justin Bieber is teaming up with Schmidt’s Naturals to launch a vegan, cruelty-free deodorant.

Called “Here + Now,” Schmidt’s says that it worked closely with Bieber to develop everything about the product, from the label to the scent. The fragrance has not yet been revealed, but ingredients will be all natural: the brand formulates its stick deodorants with ingredients like baking soda, coconut oil, and arrowroot powder.

According to the Unilever-owned natural brand, its Bieber-inspired vegan deodorant will help it reach new customers.

“The time was right to make something happen and bring to life an exclusive product collaboration that will bring new fans into the naturals category,” Schmidt’s CEO and co-founder Michael Cammarata told PEOPLE. “If Justin can make the switch from conventional to natural, it’s a choice that’s open to everyone.”

The publication notes that Bieber’s wife and niece to vegan actor Alec Baldwin, 22-year-old Hailey Baldwin, is an advocate of clean beauty. She became an ambassador for cruelty-free and vegan-friendly makeup brand bareMinerals in September 2018.

The name, Here + Now, hints at Bieber’s recent candid posts about mental health. “Don’t stop fighting the battle has already won.. fight for what you love and who you love don’t let fear and anxiety win,” the 25-year-old wrote in an Instagram post earlier this month.

“It’s more than just a deodorant; it’s a lifestyle and a connection to those around you,” Cammarata says. “It’s about the small, but intentional choices we make every day that help us to lead happier and healthier lives, mentally and physically.”

Bieber isn’t the first icon to partner with Schmidt’s. The company recently launched a floral-scented, Jane Goodall-inspired vegan deodorant and body wash called Lily of the Valley. Five percent of the proceeds from every purchase go toward Goodall’s wildlife conservation charity, The Jane Goodall Institute.

Along with its vegan Bieber-inspired deodorant, the brand also plans to launch hemp and CBD varieties in Target stores this fall.

“CBD is probably the most powerful ingredient that we’re going to see over the next decade in the personal care market,” Cammarata, told BNN Bloomberg, in a phone interview last April. 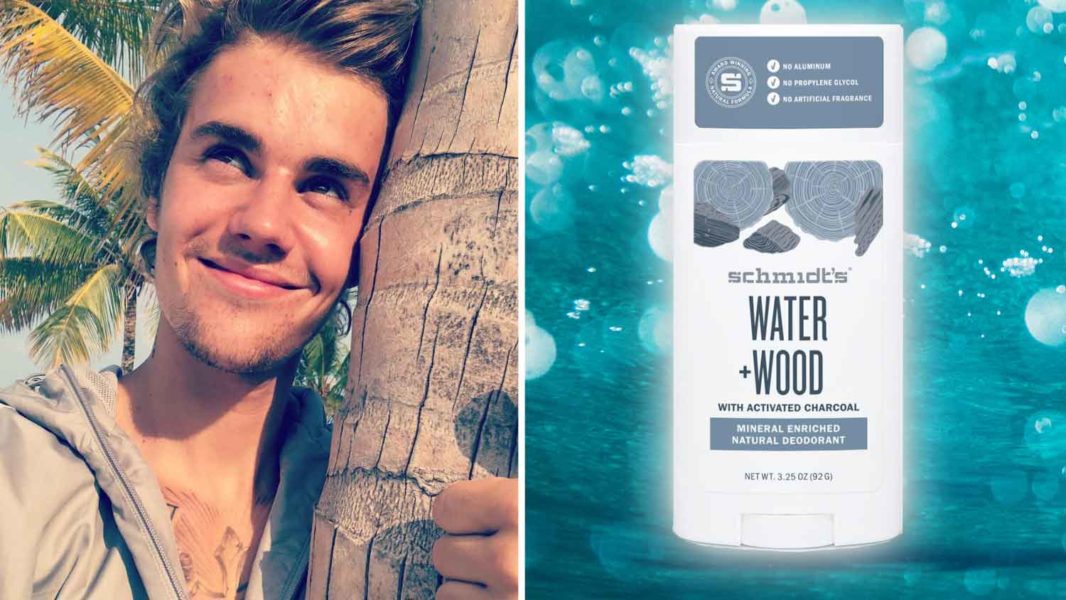